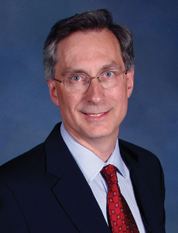 Despite high praise for the majority of the work performed by Los Alamos National Laboratory meeting or exceeding expectations, the Laboratory is taking a significant funding hit for Fiscal Year 2014.

LANL Director Charlie McMillan sent a memo to employees Monday informing them that the Laboratory received a rating of “unsatisfactory” in operations and infrastructure from the National Nuclear Security Administration (NNSA) annual performance review. The low rating is primarily due to the breached drum incident in February at the Waste Isolation Pilot Plant (WIPP) in Carlsbad, he said.

LANL operator, Los Alamos National Security LLC, is receiving just $6.25 million of the more than $63 million in FY 2014 funds available, as a result of the low rating.

NNSA has presented the Laboratory with our annual performance evaluation report (PER) for FY2014. As expected the overall results are not, with several notable exceptions, positive.

The fee for Fiscal Year 2014 was reduced to $6.25 million. Given the events surrounding our breached drum at WIPP and the severity of the issue, the Laboratory received a rating of “unsatisfactory” in operations and infrastructure and a score of zero in that area which accounted for the significant reduction in fee.

Although the WIPP incident weighed very heavily on our overall evaluation from NNSA we performed well in the areas of our core nuclear weapons work, global security, and science. This good performance prompted written praise from NNSA Field Office Manager Kim Davis Lebak as well as in the PER. Lebak said, “The majority of the work performed by the Laboratory met or exceeded NNSA expectations.”

I want to emphasize that our true value as a Laboratory should be measured by the contributions we make to national security. This is something we can all be very proud of. According to the PER our nuclear weapons mission and global security mission each “exceeded expectations.”  The PER cited many weapons program highlights including: assisting Pantex to surpass the recovery schedule for W76-1 production, execution of the Leda experiment at Nevada, advances in the plutonium strategy, and excellent progress in support of B61-12.  In global security, according to the PER, “The Laboratory’s efforts were high impact and largely successful, especially in the areas of Nuclear Safeguards and Security, the Nuclear Counterterrorism Program, the Nuclear Non-Compliance Verification Program and Non-Proliferation Research and Development.”

Despite the challenges of fiscal uncertainty during the past year, the Laboratory has made significant strides in many areas. Our mission deliverables included multiple activities and studies that increased our understanding of the U.S. nuclear deterrent. An update to the W78 life expectancy study was delivered, along with analyses related to the B61, W76, W78, and W88 systems. In the broader national security mission the Laboratory was instrumental in supporting the removal of low-enriched uranium from Russia, hosting the IAEA non-destructive inspector training course, and developing USAF satellite-based treaty verification instruments.

In addition, the PER calls out our science, technology and engineering missions for advancing the state of research and utilization of the exceptional scientific resources of the Laboratory including Laboratory Directed Research and Development (LDRD). According to the PER, “The Laboratory has reinforced its stature as one of the preeminent scientific institutions of the nation.” Indeed, we pushed the boundaries of science, technology and engineering with major feats, such as: being chosen to develop SuperCam for the Mars 2020 mission, supplying unique RAPTOR telescope data on the birth of a black hole, leading the development of a “desktop” human surrogate device, and collaboration on the characterization of the damage to the Fukushima nuclear plant.

Operationally, despite setbacks and shortcomings, we saw progress and momentum in key areas:

To position the Laboratory to deliver on our future national security missions we made significant progress with NNSA on plutonium strategy including the “modular” approach to infrastructure that will reduce risk associated with the construction of targeted facilities while meeting mission needs, safety and security, and regulatory requirements. We also awarded a contract to Cray Inc. to build the next-generation supercomputer, Trinity. Trinity will play a key role in assessing future issues, both known and unknown, in the U.S. nuclear deterrent.

Although this was a very tough year for the Laboratory, I am optimistic that next year will be better. I am determined to do all that I can to make it so. My personal priorities will be to continue to make progress on getting PF-4 fully restarted, continuing collaboration with DOE on an effective and efficient transition of the Environmental Management program scope, and enhancing our management and leadership capabilities by filling key vacancies and correcting operational deficiencies.

I would like to personally thank each of you for the hard work and wish you and your family members a safe and happy holiday season. Enjoy your well-deserved break and come back in the New Year rededicated to serving the national security needs of this country.