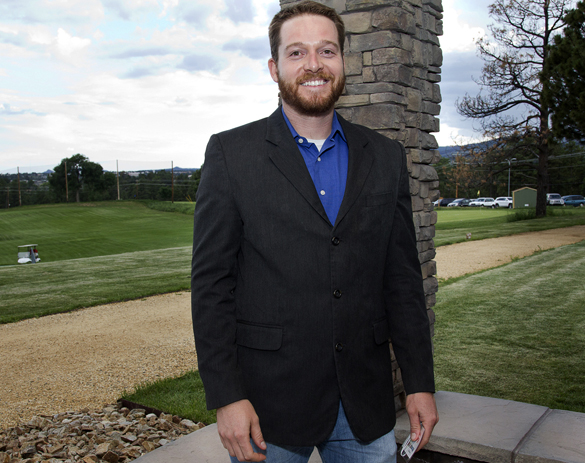 “The goals of the DisrupTech forum were two-fold, to expose industry to potentially world-changing, disruptive, early-stage technologies developed by Los Alamos scientists,” said David Pesiri, Director of the Richard P. Feynman Center for Innovation. “We also wanted to spark the entrepreneurial spirit in our scientists, giving them a chance to present their technologies outside of an academic setting.  We hope the experience might give them a new perspective on the end use of their technology.”

An audience of more than 100 entrepreneurs, business executives, investors, and government leaders from across the country listened intently as each of eight candidates gave a “Shark Tank”-like presentation.  A panel representing some of Los Alamos’ industry partners, including Alion Science and Technology, Allied Minds, Chevron Energy Technology Company, Ernst & Young, Moon Express, and State Science and Technology Institute, evaluated the presentations and provided feedback to the scientists on pitching a disruptive technology as a market solution.

“The New Mexico Angels were proud to co-host with Los Alamos National Laboratory the first DistrupTech,” NM Angels President John Chavez said. “We were pleasantly surprised by the attendance and grateful for all the Lab scientists that did a great job presenting their technology to the community.”

Taking the “Best Pitch” prize of $10,000 in internal Laboratory funding was the aptly named Cosmic Plumbing Inspection project, persuasively described by physicist Matt Durham. The project uses cosmic particles called muons to with the goal of ending catastrophic industrial accidents due to flow-accelerated corrosion. Through the innovative use of imaging with natural radiation, those in the nuclear power industry and petrochemical refineries will be able to rapidly, securely and reliably identify corroding pipes.

The minimally intrusive assessment method will increase confidence and reduce accidents within the aging national energy infrastructure. A related application is in use in Japan to examine the damaged nuclear reactors at Fukushima.

The runners up were an acoustic method for cleaning “produced” water, such as from oil and gas production, and an approach to creating fuel from biomass-produced sugars.

Acoustic Produced Water Cleanup, proposed by Los Alamos engineer Jim Coons, seeks to reduce the price of water cleanup from oil and gas production without requiring the use of chemical additives. Ultrasonic separation and induced coalescence technology will “move only a portion of the produced water mass and break down difficult stable emulsions” while reaching smaller oil droplets than centrifugation. The low-energy approach to oil-water emulsification could have great value for oil and gas, biofuels, chemical and material industries,

The second runner up, FuSS: Fuels Synthesized from Sugars, described by Andrew Sutton, anticipates that readily accessible sugars from biomass will provide an economical route to adding renewable content to transportation fuels. FuSS provides a low-carbon, low greenhouse gas route to fuels. Fuel producers and consumers, both civilian and military, will be able to access a sustainable fuel blend that works in an engine. The discovery also allows for the production of fine chemicals through changes in operating conditions to add more value and flexibility at a fraction of the cost to current biomass usage.