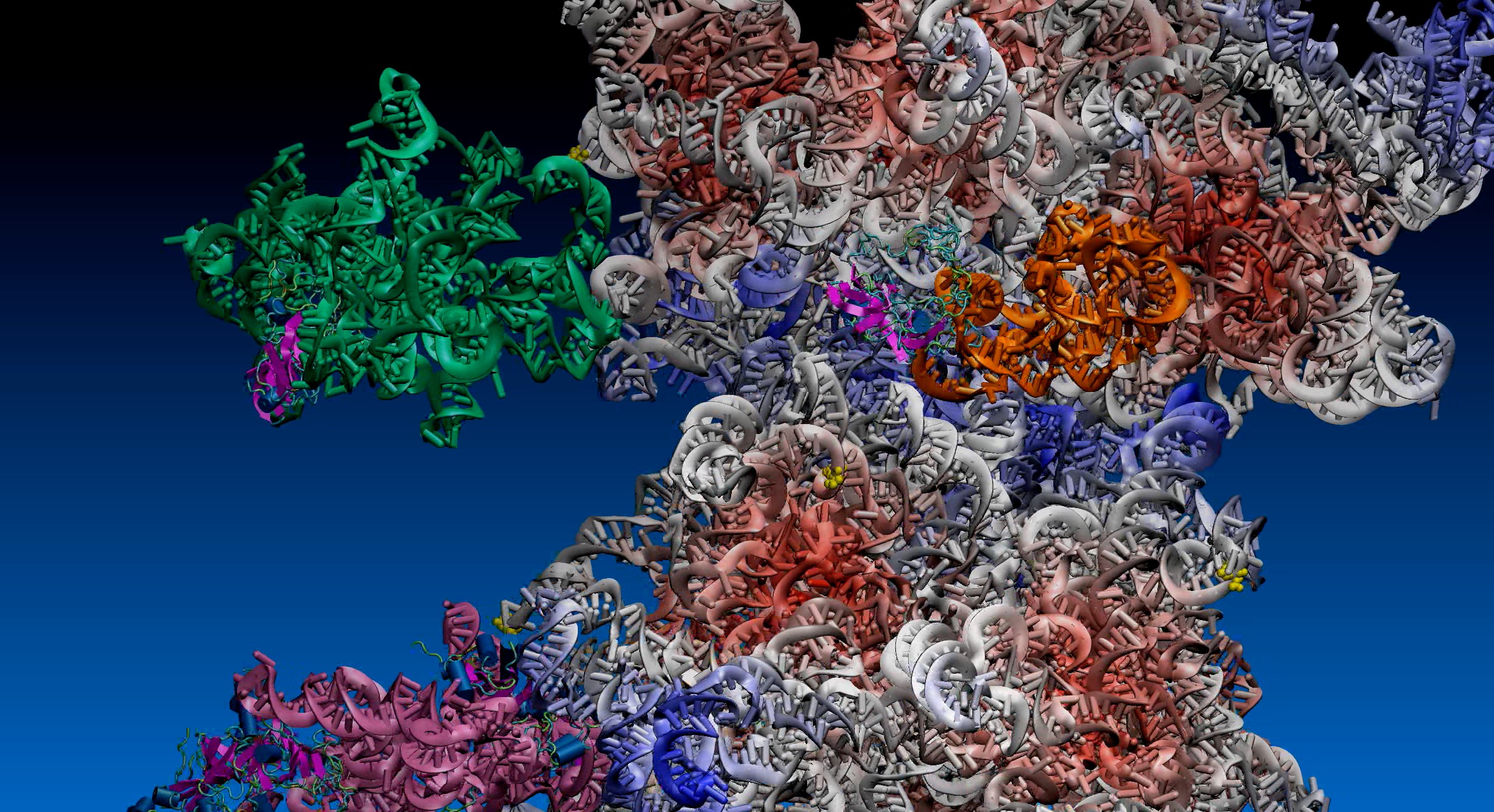 A special stretch of ribonucleic acid (RNA) called COOLAIR is revealing its inner structure and function to scientists, displaying a striking resemblance to an RNA molecular machine, territory previously understood to be limited to the cells’ protein factory (the ‘ribosome’) and not a skill set given to mere strings of RNA.

“We are uncovering the nuts and bolts of plant memories,” said Karissa Sanbonmatsu of Los Alamos National Laboratory, lead author on a new article this week in the journal Cell Reports.

In the past five years or so, material in the cell known as “junk DNA” has actually turned out not to be junk at all. Instead, it was shown to produce RNA molecules that play key roles in the development of organs in the embryo, as well as affecting cancer, brain function and plant biology. And a key area of scientists’ exploration has been the epigenetics of how plants know when to flower.

In epigenetics, the environment can produce a physiological change that gets passed down from generation to generation; however, the cells’ DNA sequence is never changed and remains exactly the same. Plants are ideal model systems, Sanbonmatsu pointed out, allowing the study of epigenetic memory (where one generation of cells remembers what happened to the previous generation of cells) in slow motion.

For this paper, the focus was on an RNA string known as COOLAIR that controls the timing of flowering of plants in the springtime, in that it senses how long a plant has been exposed to cold. When these RNAs are turned off or removed, plants simply do not flower.

“Flowers may seem frivolous, compared with the working structure of the rest of the plant’s leaves, stems and roots, but they actually hold the keys to survival for flowering plants,” Sanbonmatsu said. “In fact, the plant’s reproductive success depends critically on the precise timing of flowering in the springtime. Our discovery, finding mechanical substructures inside COOLAIR, is a big piece of evidence that the RNAs may be more like machines, and they assist in this implementation of an internal calendar.”

This blossom timing gives rise to a curious phenomenon, in the sense that plants only flower after a certain number of days of being exposed to cold weather: The plants effectively remember how many days ago the dead of winter hit.

“Exactly how they remember without possessing a brain or central nervous system is mysterious. Many people have their money on RNA, DNA’s molecular cousin,” Sanbonmatsu said. Gigantic RNA molecules are thought to play an important role in this process but no one knew what they looked like or how they worked. The Los Alamos- U.K. collaboration produced one of the first 2-D maps of such a molecule. The molecule, called COOLAIR, is now thought to be a key piece in the puzzle of plant memory.

COOLAIR is one of a class of molecules called long non-coding RNAs (lncRNA, pronounced “link R-N-A”). While it has been shown that many of these lncRNAs are critical for important biological processes, their exact function was unknown. Researchers are beginning to understand that the lncRNAs seem to control various epigenetic processes in plant and mammalian epigenetics and development.

COOLAIR appears to be a repressor of a repressor, helping control the internal sensors that tell the plant it’s time to stop holding off on the flowering process, that the weather appears to be tending toward blooming time. The first repressor is a protein called FLC (flowering locus C). This repressor turns off flowering in the fall and winter. COOLAIR, in its turn, represses FLC, allowing flowering to take place but only after 4-6 weeks of exposure to cold temperatures.

“This work informs the debate about functional significance of non-coding transcripts that are not conserved at the sequence level, this is what spurred the work,” said the paper’s coauthor Caroline Dean of the John Innes Centre, UK. “We initially found COOLAIR in a non-biased search for factors induced by cold. We subsequently used various genetic and transgene approaches to demonstrate their functionality in the epigenetic silencing mechanism that switches FLC off during prolonged cold exposure.”

The COOLAIR project is a collaboration with plant epigenetics leader Dean and a team of the John Innes Centre, UK. The Los Alamos team developed the COOLAIR the structures and Dean’s team, including first author Emily Hawkes, performed mutations on living plants to help validate the structures.

“The first step is to find their 2-D structure, laying out the architectural designs of the full 3-D structure. So this is what the Los Alamos team did,” Sanbonmatsu said. “Using biochemistry strategies borrowed from the ribosome field, we interrogated the 2-D structures of these RNAs and found they were loaded with highly intricate structures, not unlike the ribosome. Since we spent over a decade working on the ribosome (the molecular machine that reads genetic information), we knew exactly what to do with gigantic RNAs.”