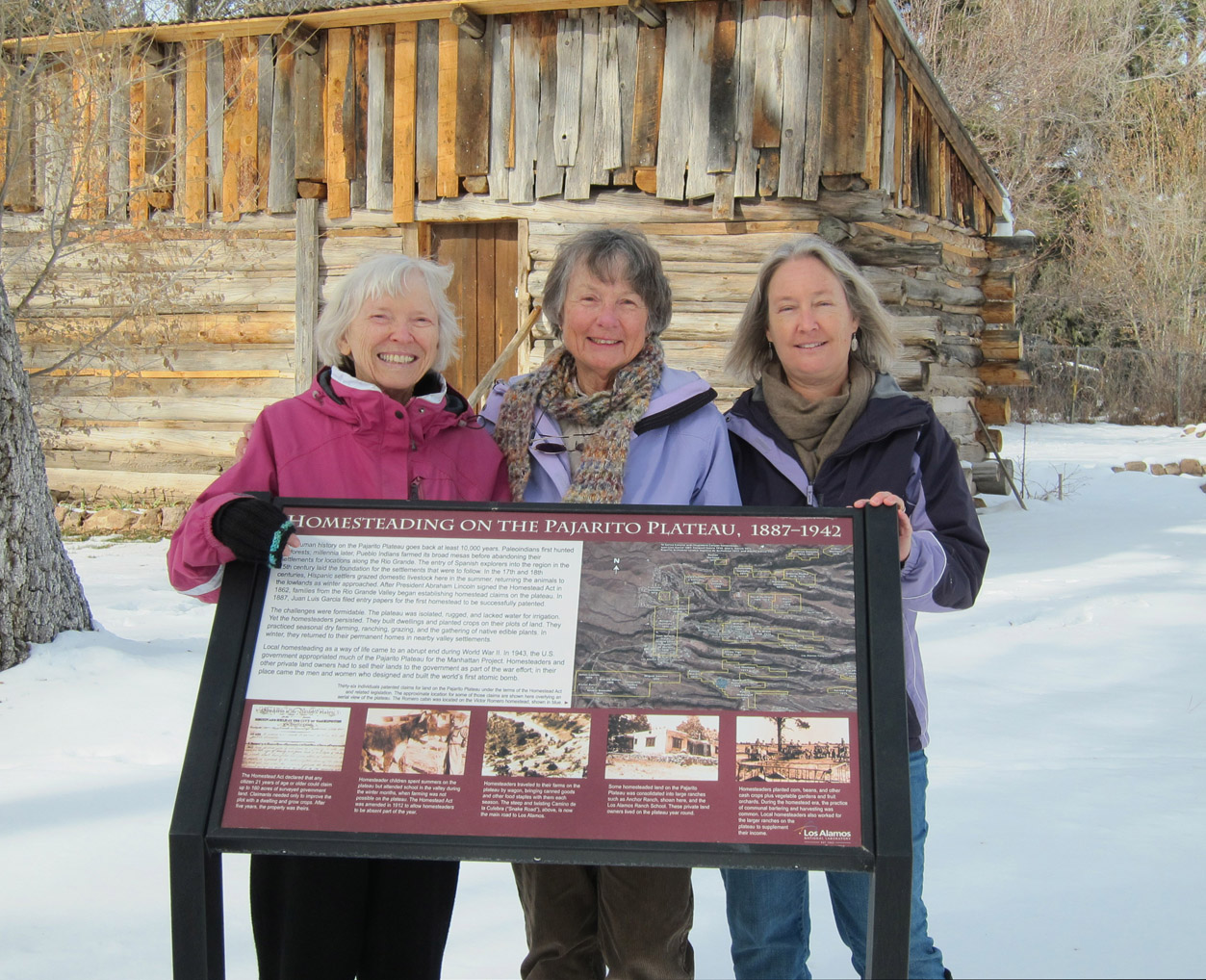 Local authors Dorothy Hoard, Judy Machen and Ellen McGehee stand next to their informational plaque in front of the Romero homesteader cabin in Los Alamos. Courtesy/LANL

In commemoration of its 70th anniversary, Los Alamos National Laboratory kicks off a yearlong lecture series at 5:30 p.m. Wednesday, Jan. 9 with a presentation about homesteading on the Pajarito Plateau at the Bradbury Science Museum, 1350 Central Ave., Los Alamos.

The inaugural lecture is based on a book by local writers Dorothy Hoard, Judy Machen and Ellen McGehee about the area’s settlement between 1887 and 1942.

On hikes across the Pajarito Plateau, Hoard envisioned the Los Alamos area before modern roads and bridges made transportation much easier.

The trails she walked along were once old roads, often steep, with parts carved with picks and axes out of the tuff bedrock.

The roads differed from trails in that they had to be wide enough to accommodate a wagon and not too steep for a horse to pull the wagon’s contents up the Los Alamos cliffs.

Hoard developed a curiosity about the early settlers who used ordinary tools available to them to build roads and expand their settlement of the region.

Her growing interest led to collaboration with Machen and McGehee. The result is the book, Homesteading on the Pajarito Plateau, 1887-1942.

“This is the authors’ first public presentation about their book,” said Bradbury Science Museum Director Linda Deck. “They talk about how these people carved out lives and homes in this corner of New Mexico a hundred years ago, and why their efforts were so significant to the beginnings of Los Alamos National Laboratory.”

A book signing is scheduled after the presentation, with attendees receiving a complimentary copy. Those interested should arrive early, as seating is limited to the first 100 attendees.

The free lecture series continues each month through December 2013 at the Bradbury Science Museum.