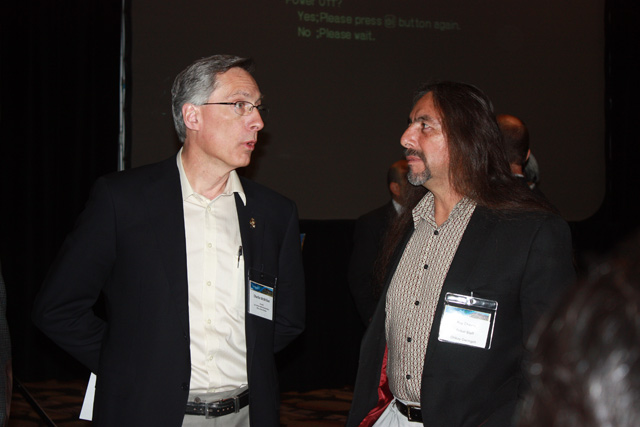 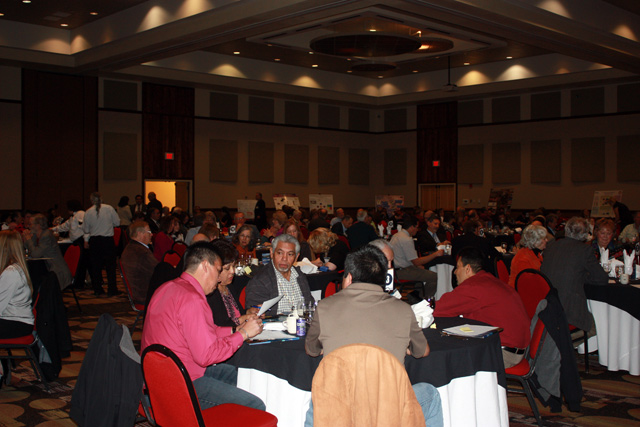 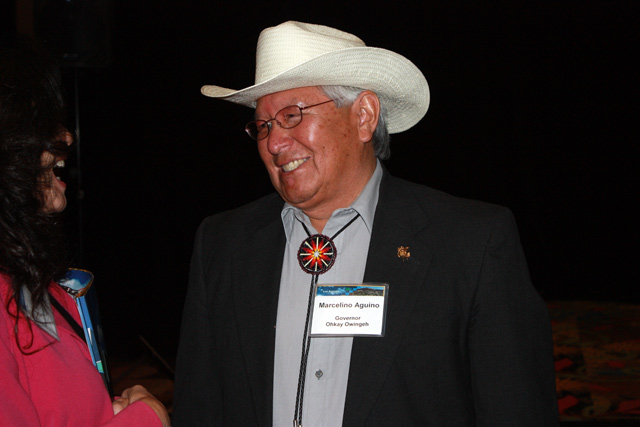 The purpose of the breakfast was to form connections and share information.

A number of scientists presented posters and were on hand to discuss their research.

As Congress and President Obama continue budget negotiations, McMillian said that LANL could face budget decreases reaching $566 million over the next two years.

Funding for some programs may increase, but the areas of plutonium conversion and environmental programs are already targeted for reductions in spending.

LANL is coping with projected budget cuts through controlling procurement spending and managing its labor force.

“We’re doing strategic hiring,” McMillan said. “There is no hiring freeze. Student and post doctorial hiring programs represent the future of the laboratory.”

Laboratory employment is down buy 150 positions from previous levels and purchasing is lower than it was at this time in 2013, he said.

McMillan assured those attending the breakfast that continuing to support northern New Mexico communities is a high priority for LANL. Local procurements increased during 2012 and LANL plans to continue that trend, he said.

McMillan gave a brief overview of some important LANL research initiatives, including the ChemCam robotic vehicle that uses lasers to investigate the properties of rocks on Mars. 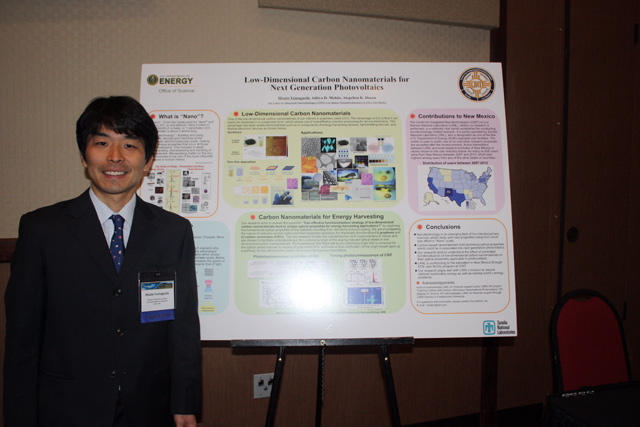 “You may see these guys driving around with bumper stickers that say, “My other vehicle zaps rocks on Mars,” McMillian said.

The new Trinity super computer is in the early phases of procurement, McMillan said.

“LANL is in the forefront of the way supercomputing is done in the world and we plan to maintain that superiority,” he said.

McMillan assured the gathering that LANL is ready for wildfire dangers this summer. Griego pointed out that a new facility in Tech Area 49 designed to help the region respond to wildfires is ready for the upcoming fire season.

McMillan invited the public to take part in the upcoming celebration of LANL’s 70th anniversary.

“We’re looking forward to the next 70 years,” McMillan said. “We plan to maintain focus on the mission of the laboratory. We’re thinking 70 years ahead. We want to ensure that ability of LANL to make the contributions we can uniquely make.”