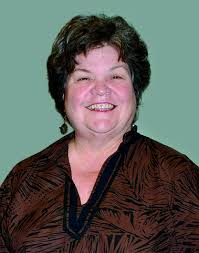 New Mexico Community Foundation (NMCF) has announced its 2014 Luminaria Awards, a proud NMCF tradition paying tribute to outstanding individuals from throughout the state who make a profound difference in their communities.

Luminarias are selected because they motivate, inspire and support the dreams of others, promote diversity and equity, and build community strength through their leadership and vision while embodying the values of NMCF.

Seven awards will be presented at the NMCF 2014 Luminaria Galaon Nov. 1, at La Fonda on the Plaza in Santa Fe.

Among this year’s Luminarias is Susan Herrera, founding director of the Los Alamos National Laboratory Foundation (LANLF). Under her leadership, the Foundation has garnered an endowment of $72 million while awarding more than $50 million in grants to public schools and nonprofit organizations throughout the seven counties of northern New Mexico. She served as CEO and gave 17 years of service to the Foundation.

Herrera said she started with a cardboard box of files and a great idea, and an amazing Board of Directors. The Foundation today is a major philanthropic leader in northern New Mexico. Presently, LANLF is engaged in partnerships with 11 school districts, 1,000 teachers, 80 schools, and the Smithsonian Institution in a $20 million, five-year Inquiry Science Program bringing hands-on science learning to more than 20,000 K-8 students in northern New Mexico.

The LANLF started a scholarship program that now raises more than $600,000 annually to provide 100 scholarships per year to outstanding students from northern New Mexico. These scholarships also come with a job at the Lab, helping students create a career path in science, while building their resume.

LANLF also has been instrumental in implementing the First Born Home Visiting Program that now has programs in 14 out of 35 counties in the state.