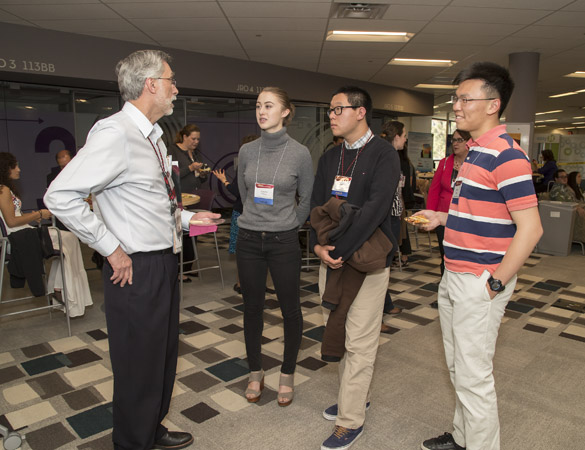 Laboratory Director Charlie McMillan, left, speaks with scholarship winners from Los Alamos High School including Louisa Belian Andy Shen and Wilbur Wang. Belian will pursue pre-med and international relations at the University of California Berkeley. Shen will study applied mathematics at the University of California Los Angeles. Both are $5,000 Bronze Scholars. Wang is a top-level $20,000 Gold Scholar pursuing a degree in molecular biology at Princeton. Photo by Richard C. Robinson/LANL 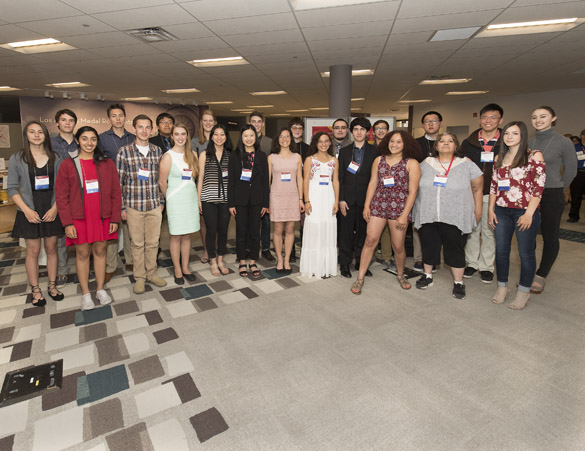 One of those students is Wilbur Wang, a senior at Los Alamos High School. He earned a 2017 gold scholarship and will attend Princeton University to study molecular biology. He thanked his family and friends as well as the foundation for his successes, saying “success in any form doesn’t come from one person.”

Wang was one of several scholarship receipients who spoke during the reception.

Madison Winston is used to taking care of herself. A senior at Santa Fe Preparatory School, Winston no longer lives in her mother’s house and has not received support from her family. The person she does count as family is a teacher at her school. This teacher helped her apply for a scholarship through the LANL Foundation. It’s a decision that created a huge impact on Winston’s life.

Winston’s decision to apply for a LANL Foundation scholarship led to her being awarded a 2017 silver scholarship, which totals $15,000. Winston is attending Brown University but the scholarship did more than just assist with college expenses. Winston said she learned “I can create family and even stronger connections from people not related to me.”

“This is a wonderful opportunity,” she said. The scholarship will allow Winston to live comfortably, “something I didn’t think I could hope for,” Winston said.

Charlyna Gonzales is a 2017 gold scholarship recipient, which totals $20,000. Gonzales, who is from Penasco, said she is the first person in her family to attend a four-year college. She will attend Colby College in Maine and plans to pursue a degree in bio-medical engineering and physics.

Michael Gonzales is a 2016 scholarship recipient. He attends New Mexico Tech in Socorro. “I am extremely thankful for this scholarship,” Gonzales said. He said it takes a big burden off his shoulders. He added he had applied for the scholarship twice; the first time he did not receive anything. “It just shows you that hard work and dedication does pay off,” Gonzales said.

Santana Rael, a 2011 Domenici and Fradkin Scholar, described her experience working, going to school and raising her young son with her spouse. “The LANL Foundation changes lives,” she said. Not only is she and her husband first generation college graduates and now are employees at LANL but they have a 7-year-old who aspires to be a paleontologist.

LANL Director Charlie McMillan commented on the caliber of the scholarship recipients. “From my perspective many of these people are the future of the laboratory,” he said. McMillan added education is critical and he is proud that the lab supports the scholarship program.

The Foundation has awarded scholarships for more than 20 years, Scholarship Program Manager John McDermon said. In a recent survey, 92 percent of scholarship recipients have either graduated college or are currently enrolled in school. Many recipients, McDermon said, go on to graduate school.

The campaign to raise money for the foundation officially will begin June 5 and will run through July 7. The applications are reviewed in the winter and scholarships will be awarded in the fall.

McDermon said LANL employees can contribute money to the campaign by going to giving.lanl.gov and those outside LANL can donate by visiting lanl.foundation.org.

McDermon said it is money well spent since the dollars stay in Northern New Mexico and support education.

To apply for the scholarship, Advisory Committee Member David Bowman said, applicants need to live in one of the seven counties in Northern New Mexico. He added, “It’s not just based on grades,” the committee looks at the students “as a whole” including extra-curricular activities and other areas of their lives. 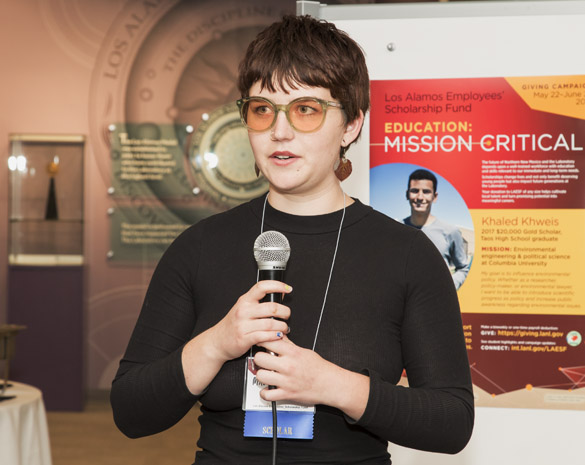 Madison Winston, Santa Fe Preparatory School graduate, will study writing at Brown University with a full scholarships from the university and support of a $15,000 Silver scholarship from LAESF. Photo by  Richard C. Robinson​/LANL 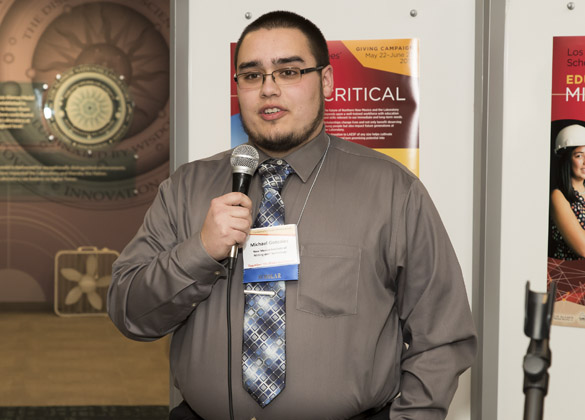 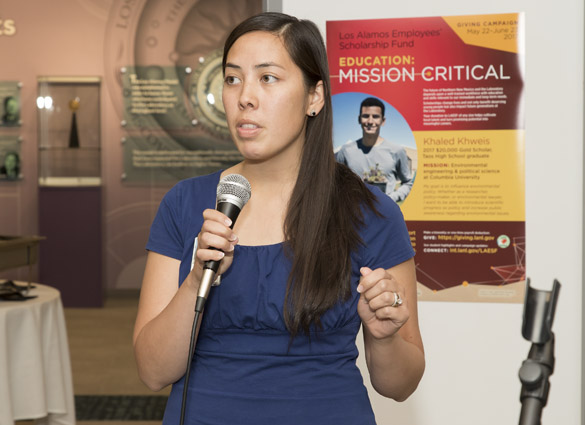 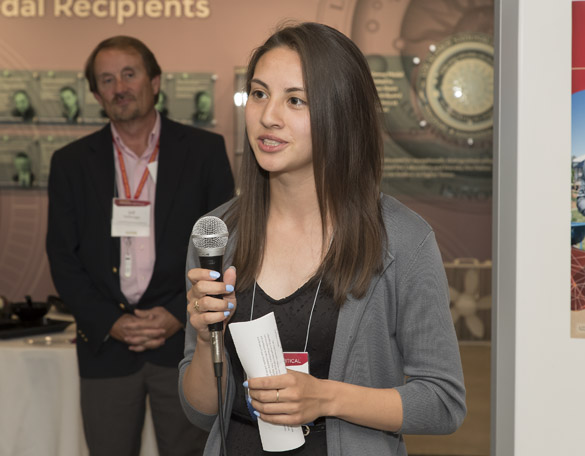