Speedrunner Don DeChellis of Los Alamos National Laboratory. Courtesy photo
LANL News:
Donald DeChellis of the Metal Production groupat Los Alamos National Laboratory picks up a videogame controller and stares intently into a large computer screen. The vintage game Super Mario World flickers to life, but this is no typical video-gaming session. DeChellis is a speedrunner, a new type of video-gamer whose goal is to complete the entire videogame as quickly as possible.
“Most of the videogames I’ve played I’ve managed to complete in about one and one-half hours,” DeChellis said. “These are complete runs, through all levels.”
Speedrunning in the videogames community has been around since the early 1990s. Although the origin of speedrunning has not been formally documented, it likely started after the release of the home videogameDoom.
One of the original features of this videogame was that players could record videos of their play through the levels. About a year after the game’s release, a gamer by the name of Christina Norman launched the LMP Hall of Fame website. This site chronicled the best play-though runs of the gameDoom. One of the first communities dedicated to the speedrun was COMPET-N.
This community emphasized speed of completion rather than overcoming other challenges.
Other websites soon followed, with competition among players leading to communities dedicated to completing other videogames as quickly as possible.
Fast forward to 2014 when a gamer named Pac founded Speedrun.com specifically for the speedrunning community. As of January 2018, the site boasts 120,000 registered users that have achieved more than 480,000 speedruns.
Levels of Competition
DeChellis first learned about speedrunning while in college.
“It was sort of a way for me to pass the time,” he said. “For me, it was pretty cool to beat a game in a short amount of time, just play this game all the way through and then turn it off for the night.”
Today’s speedrunners compete in various levels of competition. One of the fundamental competitions is known as a full speedrun, which requires a player to complete the game all the way through as quickly as possible. In addition to eliminating all opponents and collecting all key items, the player must also find all the game’s secret features or complete any side quests required of the game.
“Then there’s what is called the ‘Any%,’” DeChellis said, “where you complete the game under the simplest conditions with the shortest possible time. This type of competition is the most popular with players, as it has minimal rules when it comes to what you can and can’t do.”
A third level of competition is known as “Low%.” This type of competition is reserved for games that require key items to gain greater power or ability in game play. In such competitions, players must complete the game as quickly as possible while obtaining the fewest key items or upgrades as possible.
Although DeChellis does not hold any current speed records in officially released videogames, he has achieved record performance in what he calls “hack-games,” modified versions of traditional videogames.
“There’s a hack released in 2012 known asKaizo Mario World 3,” he said, “and I am the first person to speedrun it—to beat it in one sitting. It’s a game that’s too hard for most people to even beat, but I can now beat it in about 47 minutes. I also hold a record speedrun inSuper Panga World, another difficult hack ofSuper Mario World.”
The Speedrunning Community
DeChellis said that the speedrunning community is a subset of the video-gaming community.
“It’s actually tiny right now, but it is growing,” he said.
Another interesting fact about speedrunners is that they are competitive with themselves but not necessarily with each other.
“Speedrunning is not as aggressively competitive as you might think,” DeChellis said. “There’s a lot of sharing going on—if someone finds a new strategy to beat a game, he or she will immediately share it. Everyone is pretty open about sharing ways to beat a game faster.”
DeChellis regularly streams his speedruns on Twitch under the username “Dode” at the following site: https://twitch.tv/dode.
Speedrunners have started to form and attend what are called speedrun marathons, which consist of a webstream of multiple videogames being challenged in succession. Many of these marathons are similar to fan conventions, with speedrunners raising money for charity. In 2017, the Awesome Games Done Quick marathon raised more than $2 million for the Prevent Cancer Foundation.
“These marathons are a lot of fun,” DeChellis said with a smile. “They’re an opportunity for speedrunners to come out from behind the screen, get together and talk about the latest innovations and strategies related to speedrunning.”
Donald DeChellis works for the Metal Production group at Los Alamos National Laboratory. 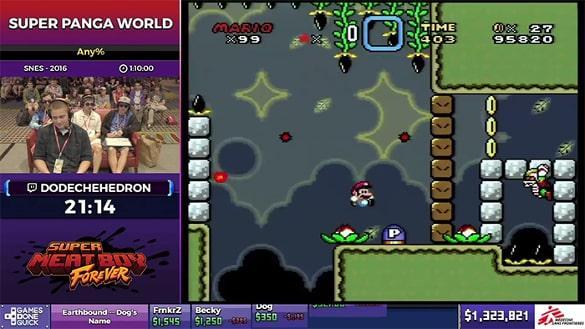 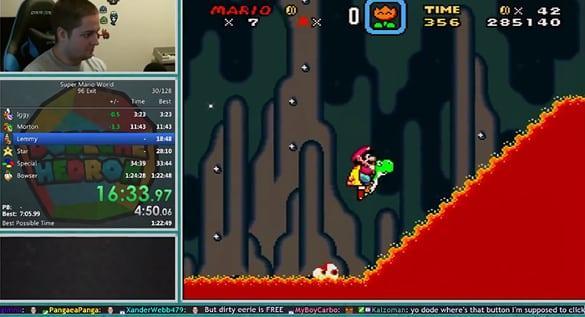