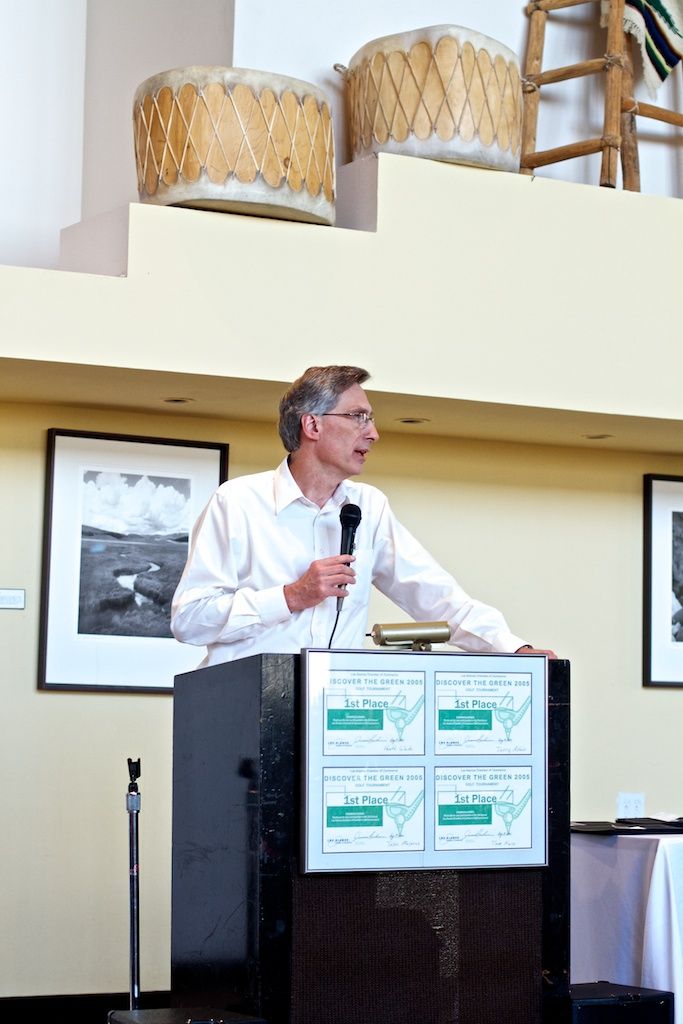 Technology innovations at Los Alamos National Laboratory have been recognized with four of R&D Magazine’s 2012 “R&D 100” awards. These awards honor the top 100 proven technological advances of the year, as selected by a group of R&D Magazine’s chosen judges.

“Congratulations to this year’s R&D 100 award winners,” said Energy Secretary Steven Chu. “The research and development at the Department of Energy’s laboratories continues to help the nation meet our energy challenges, strengthen our national security and improve our economic competitiveness.”

“These awards demonstrate the continued success of Los Alamos researchers and partners in defining the frontiers of innovation across a wide range of national security science,” said LANL Director Charlie McMillan. “This innovation and creativity will drive the solutions to tomorrow’s problems.”

Valveless Laser Processing technology, known as VLP, eliminates the use of valves in hermetically sealed containers by using a laser to repeatedly access and reseal the containers. Applications of VLP range from advancing the safety of sampling high-hazard waste containers, to improving leak testing of pacemakers before use.

A significant advance in VLP is the unique laser-alloying technique that prevents cracks on materials that are typically prone to cracking. With this alloying technique, researchers can reseal containers by welding them with the alloy material and then certify these seals to the highest standards, thus allowing nondestructive certification and reuse of sampled containers.

This award was jointly won by Los Alamos National Laboratory and Y-12 National Security Complex. See a video on the subject at http://www.youtube.com/watch?v=-WjRXLSaAZ4.

Sequedex is a revolutionary software package that can chew through one human genome’s worth of DNA analysis in 30 minutes on a single core of a laptop computer.

Sequedex makes it possible for a scientist to explore a community of microorganisms by analyzing the DNA from a spoonful of dirt, during the course of an afternoon, using equipment that could be carried on the back of a mule. Sequedex gets its performance boost by combining keyword recognition technology from web search engines with evolutionary theory, placing short “reads” of DNA from any organism on the Tree of Life.

David Holtkamp of Physics Division was a contributor to the multi-laboratory entry “Multiplexed Photonic Doppler Velocimeter (MPDV),” a portable optical velocimetry system that simultaneously measures up to 32 discrete surface velocities onto a single digitizer by multiplexing signals in frequency and time.

A National Security Technologies (NSTec) team led by scientist Ed Daykin, in collaboration with researcher Ted Strand from Lawrence Livermore National Laboratory and David Holtkamp from Los Alamos developed the device which uses Doppler light reflections to measure shock physics properties. This technique can be used to conduct everything from modeling weapons characteristics to the vibrational analysis of auto and aircraft systems.

Since 1978 Los Alamos has won 124 of the prestigious R&D100 awards that celebrate the top 100 proven technological advances of the year as judged by R&D Magazine. These technologies include innovative new materials, chemistry breakthroughs, biomedical products, consumer items, testing equipment, and high-energy physics.

Since 1995, winning innovations have returned more than $45 million in funding to Los Alamos in the form of Cooperative Research and Development Agreements, Work for Others, User Facility Agreements and licenses. More than 80 patent awards have been associated with winners with many more patents pending. More than 25 percent of LANL’s commercial licenses and 35 percent of noncommercial licenses can be attributed to R&D 100 winners. 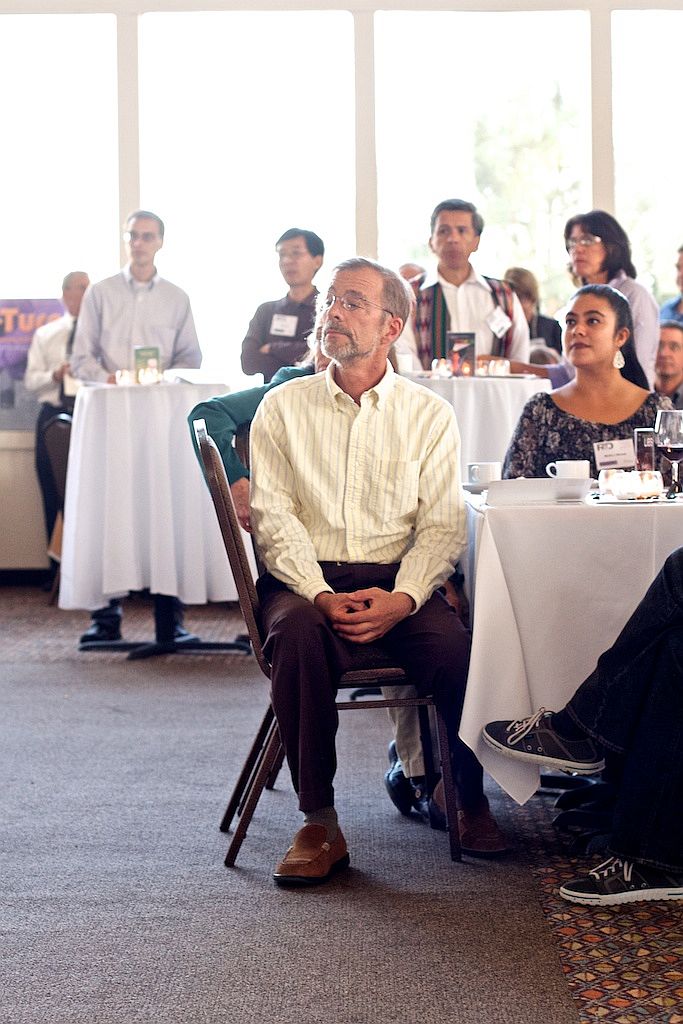 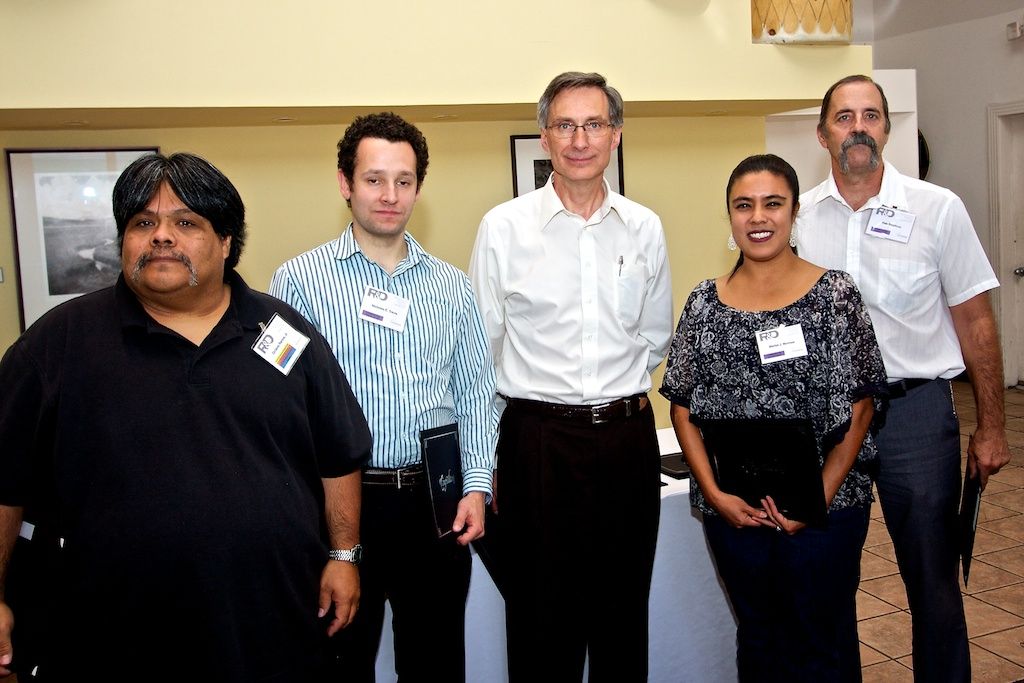 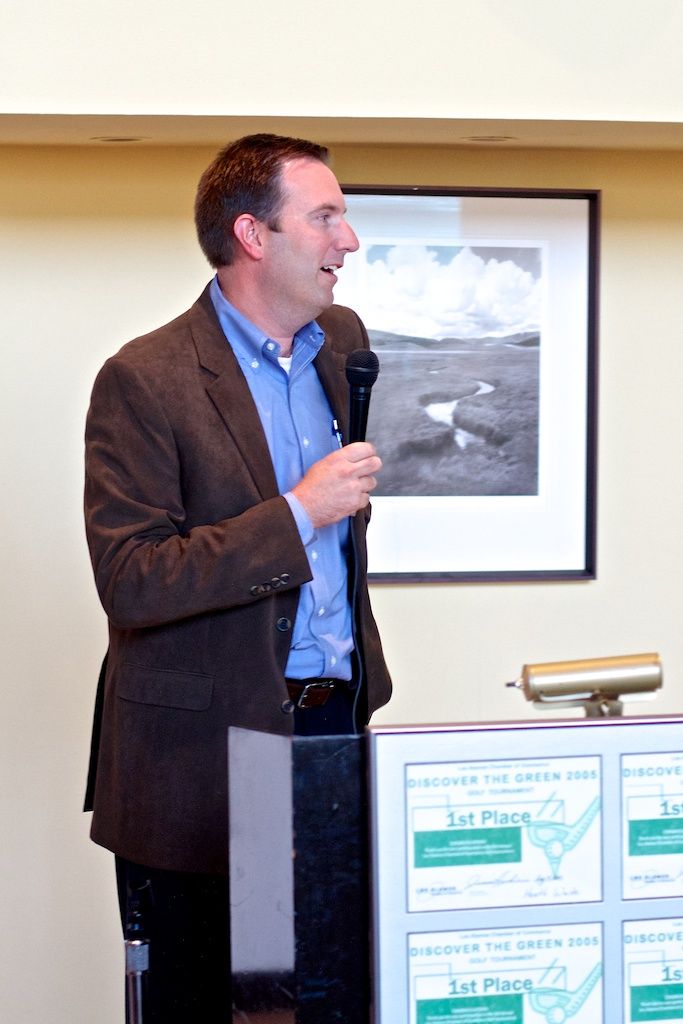 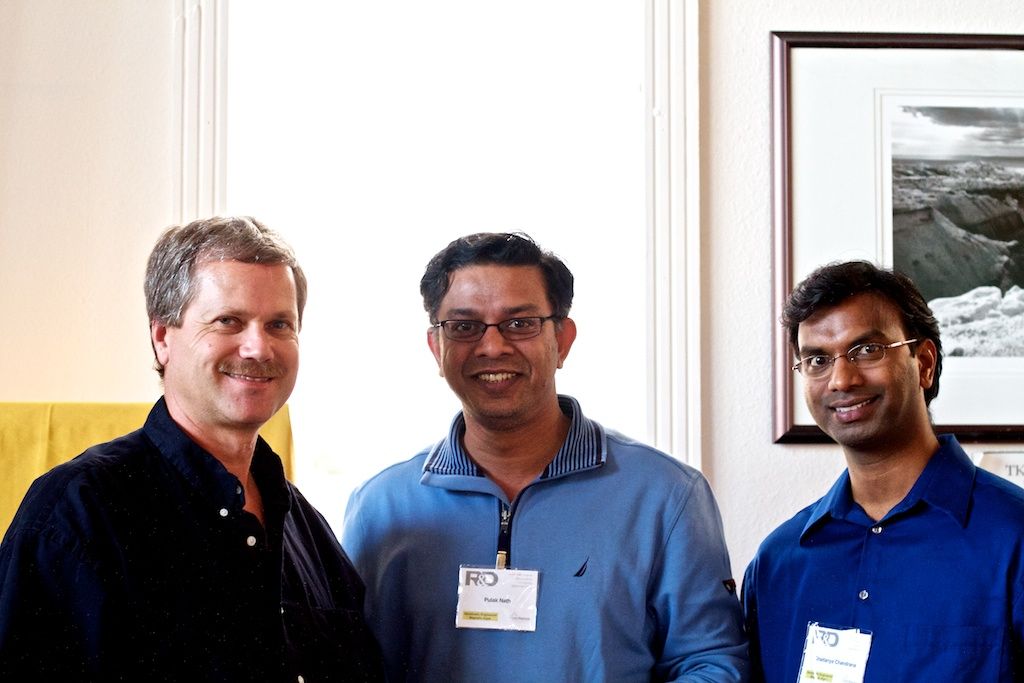 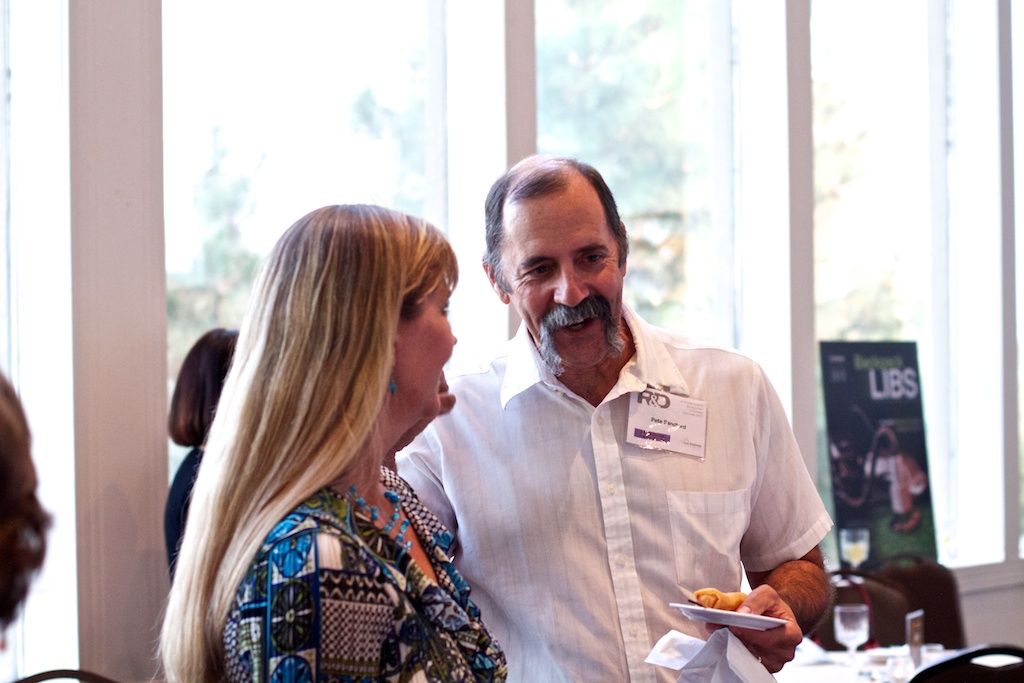 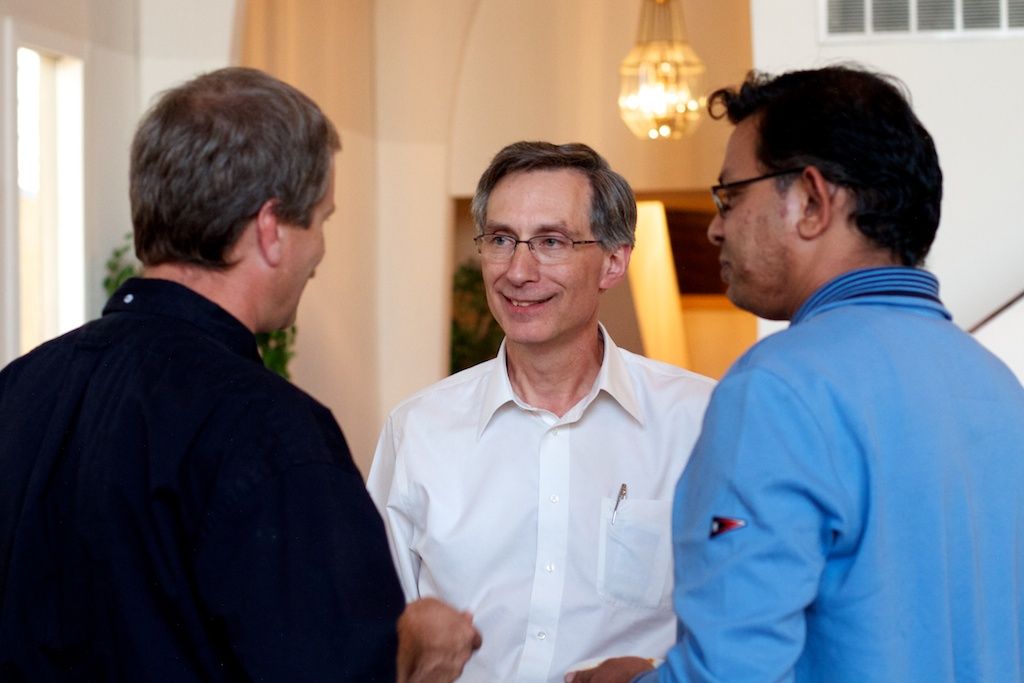 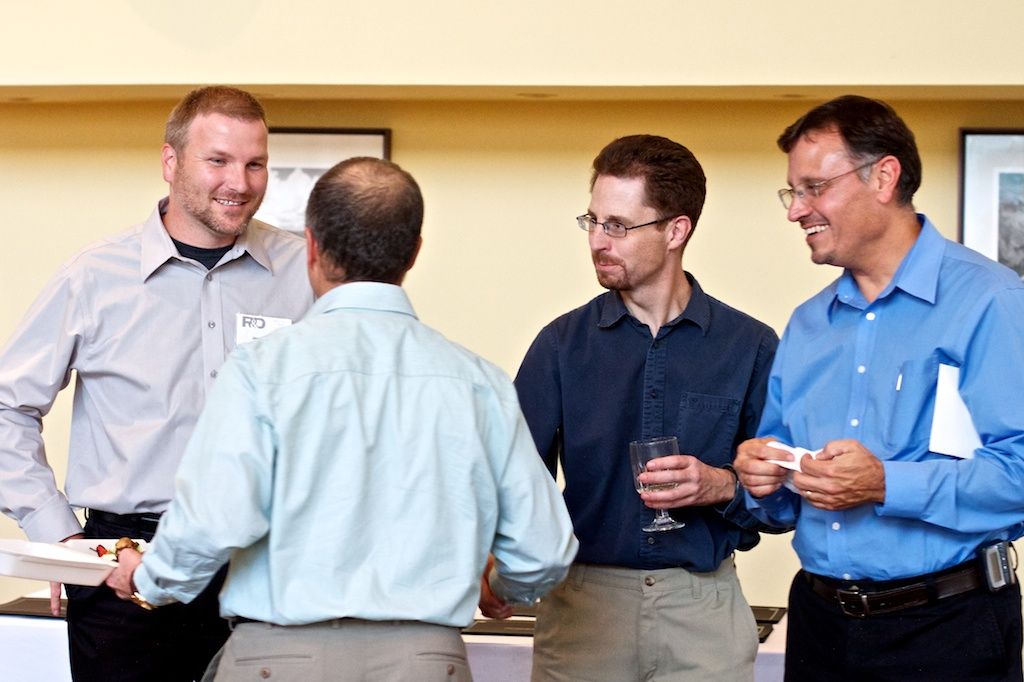 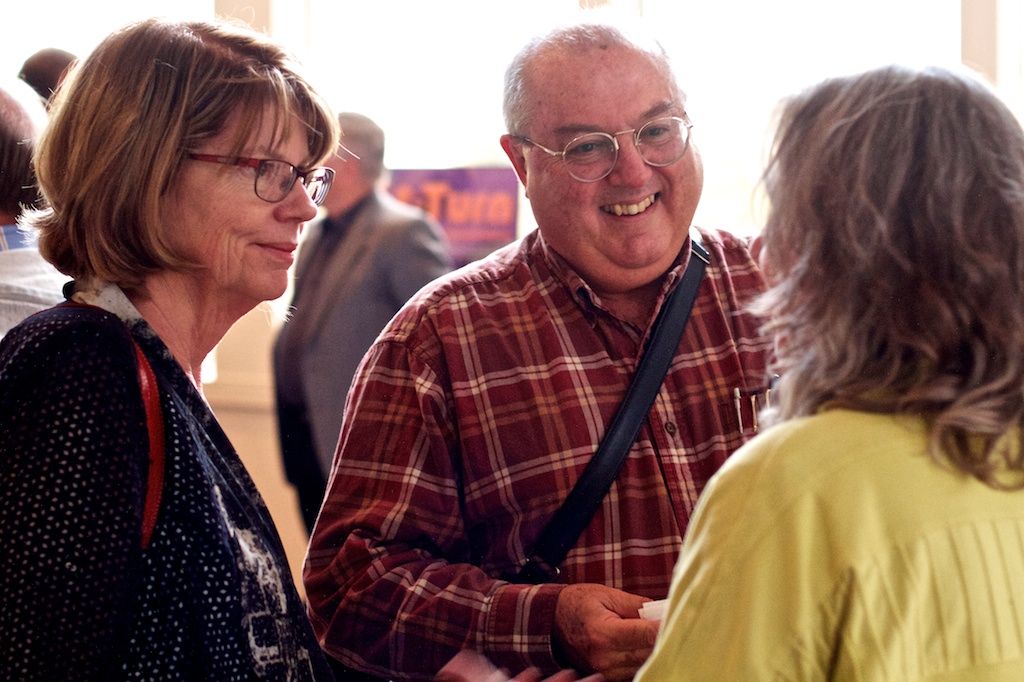 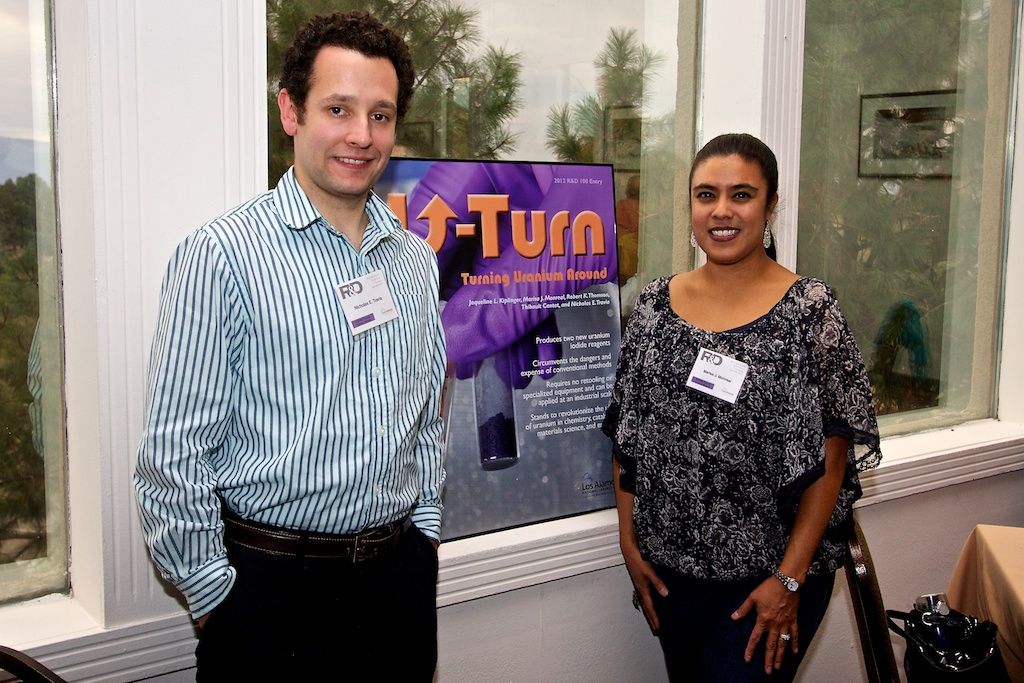 Members of the Kiplinger lab Nicholas Travia and Marisa Monrea with their submission artwork for U-Turn – Turning Uranium Around.” Photo by Salvador Zapien/ladailypost.com