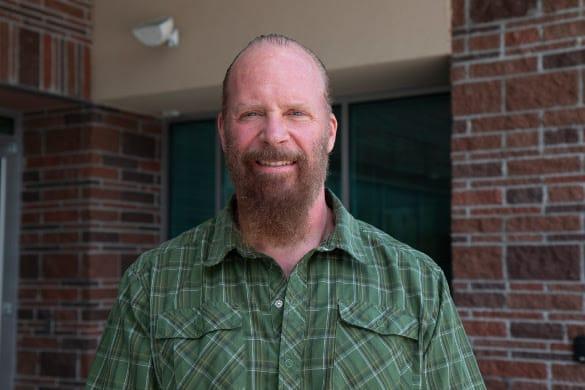 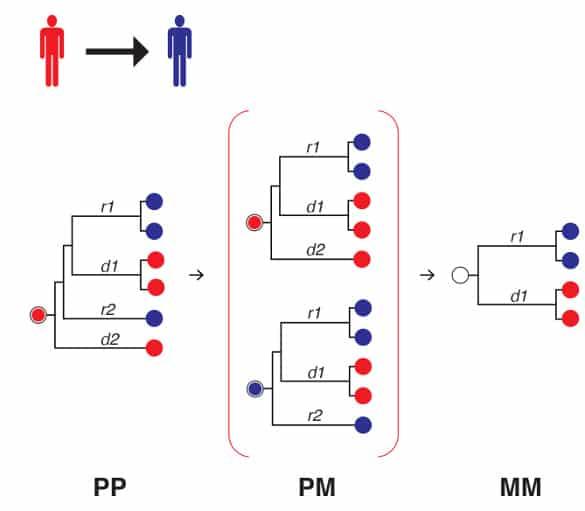 Principal decay of paraphyletic signal. Courtesy photo
LANL News:
In a recently published study in the journal Nature Microbiology, researchers at Los Alamos National Laboratory show that computer simulations can accurately predict the transmission of HIV across populations, which could aid in preventing the disease.
The simulations were consistent with actual DNA data obtained from a global public HIV database, developed and maintained by Los Alamos. The archive has more than 840,000 published HIV sequences for scientific research.
“We looked for special genetic patterns that we had seen in the simulations, and we can confirm that these patterns also hold for real data covering the entire epidemic,” said Thomas Leitner, a computational biologist at Los Alamos and lead author of the study.
HIV is particularly interesting to study in this manner, Leitner noted, as the virus mutates rapidly and constantly within each infected individual. The changing “genetic signatures” of its code provide a path that researchers can follow in determining the origin and time frame of an infection, and the computer simulations are now proven to be successful in tracking and predicting the virus’s movements through populations.
The rapid mutational capability of the virus is useful for the epidemiological sleuthing, but also is one of the features that makes it so difficult to tackle with a vaccine.
Leitner and Ethan Romero-Severson, the study’s co-author and a Los Alamos theoretical biologist, used phylogenetic methods, examining evolutionary relationships in the virus’s genetic code to evaluate how HIV is transmitted. They found that certain phylogenetic “family tree” patterns correlated to the DNA data from 955 pairs of people, in which the transmitter and recipient of the virus were known.
“These HIV transmissions had known linkage based on epidemiological information such as partner studies, mother-to-child transmission, pairs identified by contact tracing, and criminal cases,” the authors write.
The robust results from the study have led to a collaboration with Colorado and Michigan state health agencies. The researchers plan to develop public health computational tools to help the agencies to track the disease and allocate resources for targeted prevention campaigns. “We hope these tools will help to hinder new infections in the future,” said Leitner.
Leitner said the cutting-edge modeling tools can also be used to predict the patterns of other rapidly evolving infectious diseases.
Los Alamos has a strong history in genetic data analysis, having been the site of the original GenBank project in 1979, known at the time as the Los Alamos Sequence Database and established by Walter Goad of the Theoretical Biology and Biophysics Group.
Publication: Phylogenetic patterns recover known HIV epidemiological relationships and reveal Common transmission of multiple variants, in Nature Microbiology.
Authors Thomas K. Leitner and Ethan Romero-Severson.
Funding: The National Institutes of Health (NIH) funded the study.
About Los Alamos National Laboratory (www.lanl.gov)
Los Alamos National Laboratory, a multidisciplinary research institution engaged in strategic science on behalf of national security, is operated by Los Alamos National Security, LLC, a team composed of Bechtel National, the University of California, BWX Technologies, Inc. and URS Corporation for the Department of Energy’s National Nuclear Security Administration.
Los Alamos enhances national security by ensuring the safety and reliability of the U.S. nuclear stockpile, developing technologies to reduce threats from weapons of mass destruction, and solving problems related to energy, environment, infrastructure, health and global security concerns.
LOS ALAMOS