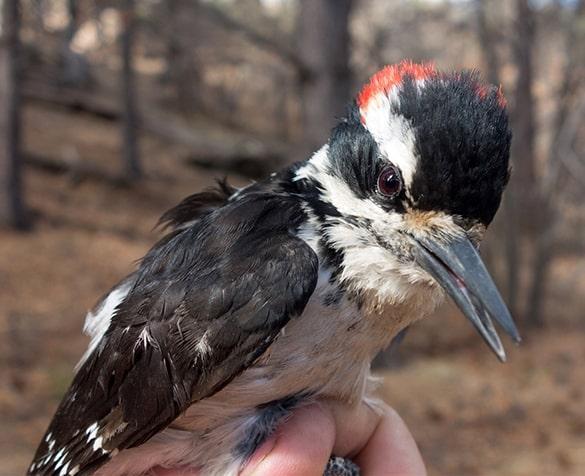 The hairy woodpecker is among the species that declined from 2003 to 2013. Courtesy/LANL 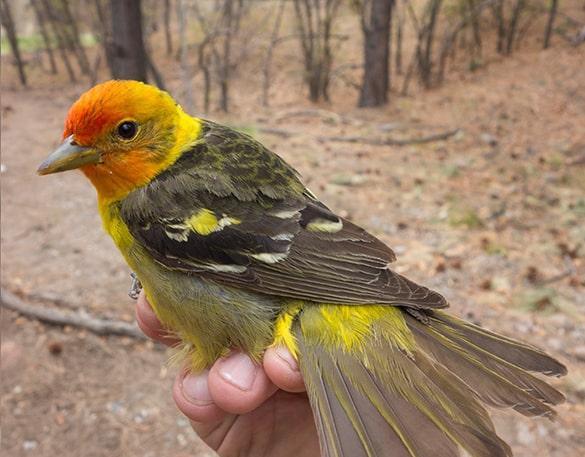 The western tanager is among the species that declined from 2003 to 2013. Courtesy/LANL 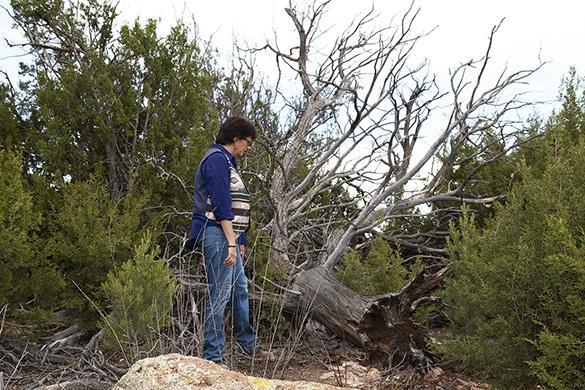 Los Alamos scientist Jeanne Fair at Tsankawi on Bandelier National Monument, one area where the death of piñon pine trees may have caused a decline of some birds on the Pajarito Plateau. Courtesy/LANL

Researchers have found declines in the number and diversity of bird populations at nine sites surveyed in northern New Mexico, where eight species vanished over time while others had considerably dropped.

The study, conducted on those sites covering several hundred acres on the Pajarito Plateau from 2003 to 2013, revealed a 73 percent decrease in abundance of birds, dropping from an average of 157 to 42 birds. The diversity of bird species also dropped by 45 percent, from a mean of 31 to 17 species. Some of the species impacted include the hairy woodpecker, western tanager and violet-green swallow.

The decline of birds may be an early indicator of the significant loss of piñon pine trees due to prolonged drought, hotter temperatures and bark beetle outbreaks in the Southwest, according to the research. The study points to a forecast of the loss of piñon-juniper forests in the Southwest by 2100. Other Los Alamos studies suggest conifer trees in the region could die by 2050.

“While avian communities regularly respond to changes in the environment, what’s different now is that with predictions for a major loss of pine trees in the Southwest, we need to monitor the potential impact on wildlife that use these forests,” Fair said. “If all these trees are going to die, what’s going to happen with these bird communities?”

“We need to dig deeper to find out what is actually happening. It will help us mitigate some of these problems,” said Andrew Bartlow, an ecologist at Los Alamos and co-author of the study, who analyzed the data.

To better understand the influence of drought and hotter temperatures on forests and avian communities, a future study will examine whether healthy forests at similar elevations also show declines in bird populations. It will also help determine whether other environmental factors may be at play.