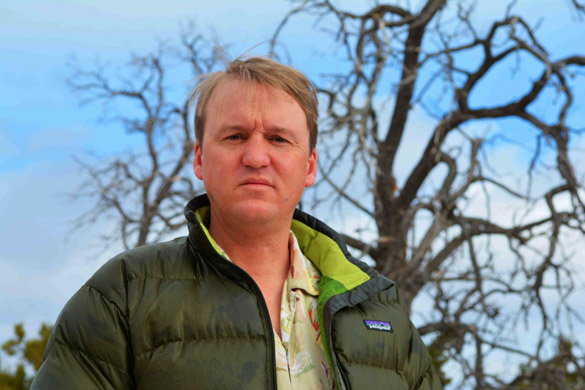 Phi Beta Kappa is the oldest undergraduate honor society in the United States and has about 230 members in Los Alamos County (1.3 percent of the county’s population). The banquet for the honor graduates, Phi Beta Kappa Members, and their guests will be held at Fuller Lodge in Los Alamos starting at 5:30 p.m. and catered by The Blue Window.

At the banquet, the Los Alamos Phi Beta Kappa Association will award a $1,000 scholarship to a student who has demonstrated a commitment to the humanities and sciences, and who plans to pursue that interest in college. The annual Jay Woodward Memorial book award, commemorating an outstanding LAHS student body president and scholar, will also be presented at the banquet. This award was initiated in 1957 by Jay’s parents, John and Miriam, both founding members of the local Phi Beta Kappa Association.

This year, Dr. Nathan McDowell of the Earth and Environmental Sciences Division of Los Alamos National Laboratory is the featured speaker at the banquet. His talk is titled Accelerating Global Forest Mortality. According to Dr. McDowell, “Climate change is forcing an apparently irreversible change in the Earth’s ecosystems; most notably forests are being lost and replaced by grasslands and shrublands due to heat- and drought-induced mortality.

Evidence overwhelmingly shows that this transition is already happening, is accelerating, and will become far worse within [the students’] lifetimes.” Dr. McDowell will review the evidence for these conclusions and propose options for humankind to consider going forward. Further, he will discuss human roles and opportunities in climate change, science, and life.

Dr. McDowell has been a staff scientist at Los Alamos National Laboratory since 2004. He received his B.Sc. in Biology at the University of Michigan in 1994, his M.Sc. in Forest Ecology at the University of Idaho in 1998, and his Ph.D. in Tree Physiology at Oregon State University in 2002. He was awarded a Director’s Postdoctoral Fellowship at LANL in 2003. McDowell studies the inter-dependency of plant and ecosystem water and carbon cycles and their response to climate and disturbance.

His approach is focused on mechanistic hypothesis testing utilizing a wide variety of techniques including theory, observation, experimentation and modeling. He has published about 90 papers since 2000, and advised 20 graduate students and 25 postdocs. McDowell is involved in several advisory committees for LANL, NSF and DOE and is an associate editor for two international journals.

He was awarded LANL’s Distinguished Mentor Award for advising undergraduates in 2008, the DOE Early-Career Award in 2010, and testified before Congress regarding DOE’s climate change research in 2009 and before the House in 2012 regarding climate impacts on forests of the intermountain west.

Members of Phi Beta Kappa who have not received an invitation to the banquet are encouraged to contact the organizers to attend or to sponsor a student’s attendance. The banquet cost is $35 per person. Contact Linda Hull by phone at 662-7950 or by E-mail at northmesa@comcast.net, or Ross Lemons by E-mail at lemonsra@gmail.com by Wednesday, April 15, to reserve a place. Phi Beta Kappa members may also download the invitation and RSVP form at http://www.mindspring.com/~jguzik/PhiBetaKappaLtr2015.pdf