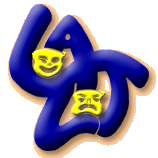 The staged reading is 7:30 p.m. Saturday, Dec. 3, at the Performing Arts Center, 1670 Nectar St. in Los Alamos. Admission is free for this one-time event.

“After You’ve Gone,” which takes its title from a song first published in 1918, introduces the audience to Adele Pike, who has just buried her husband of 36 years, and her two daughters and son-in-law. Amidst the
leftover casseroles, cakes and pigs-in-a-blanket brought by her Southern friends and neighbors, Adele confronts the appearance of a former lover, and her family learns more about her in an evening than they had in the
previous three decades.

“I wrote an early draft of this play several years ago when I was writing about Greenwich Village during World War I,” playwright Dunn said. “I have long been fascinated with how gay people throughout the history of this
country were able to reach out, find one another and express their love in such a sexually buttoned-down country. This play looks at the complications of same-sex love at a time in which such love wasn’t accepted or understood.”

“We hope the staged reading can become a regular offering from LALT,” said Tess Light, who proposed the format as part of the current LALT season. “We reached out to New Mexico playwrights and solicited scripts for a
staged reading, which is an opportunity to try out works in development and solicit feedback from actors and audiences.”

In a staged reading there is no set and only limited movement (blocking) by the actors, who read with a script in front of them.

Holly Robinson, who directs the reading of “After You’ve Gone,” said, “This play spoke to me, and given the chance I’d love to direct it as a full production; it’s a story that I feel needs to be told. I personally believe that love is love and the idea that these two women found one another during a more repressive time is beautiful.”

Playwright Mark Dunn will be in attendance at the Dec. 3 reading and available to engage with the audience for thoughts and feedback after the reading. The actors also will be able to share their thoughts about the
characters they read.

Admission to the staged reading is free, although donations to LALT are gratefully received. LALT is a 501(c)3 non-profit organization that has been bringing theatrical productions to the Los Alamos community for more
than 70 years.