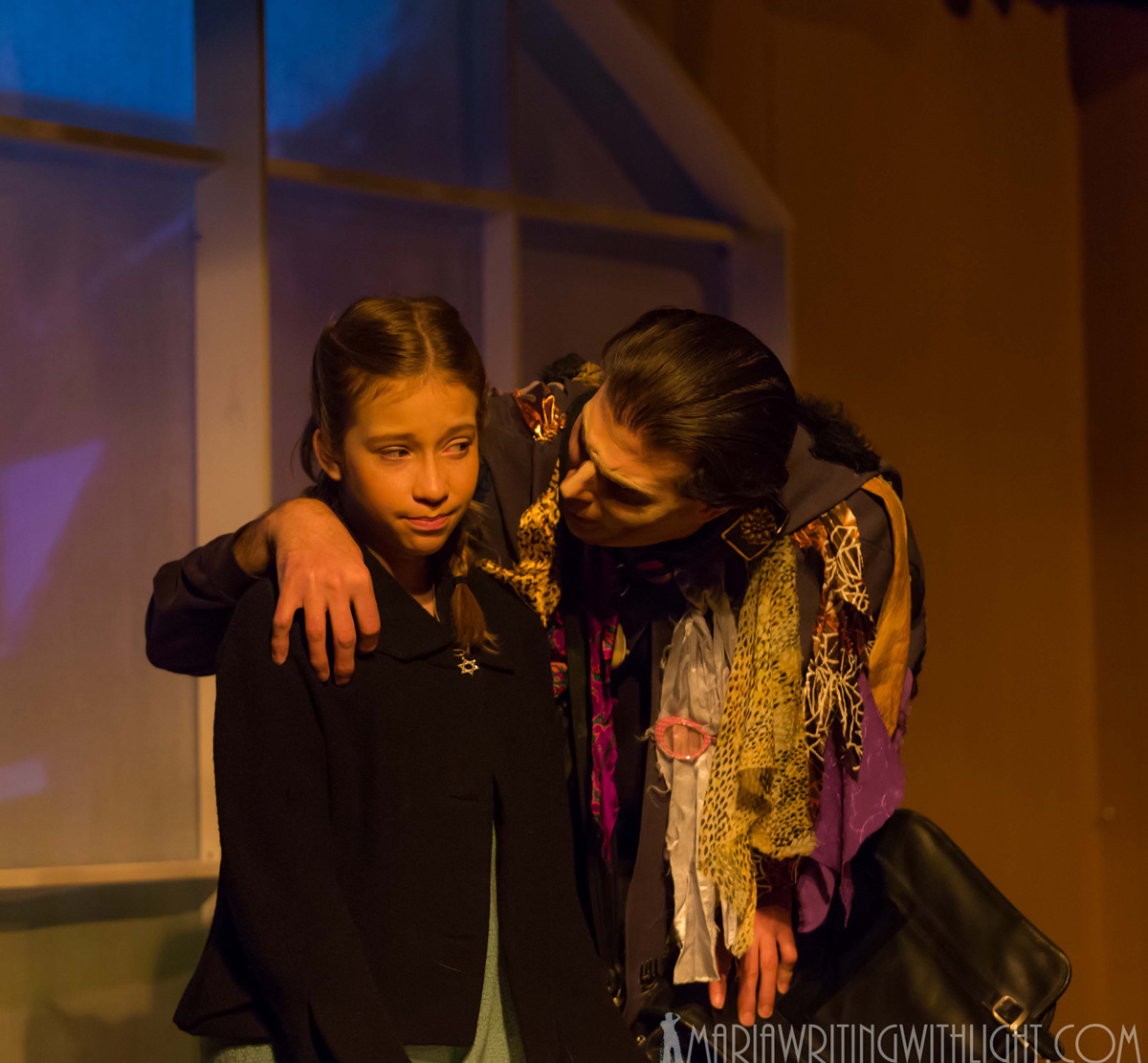 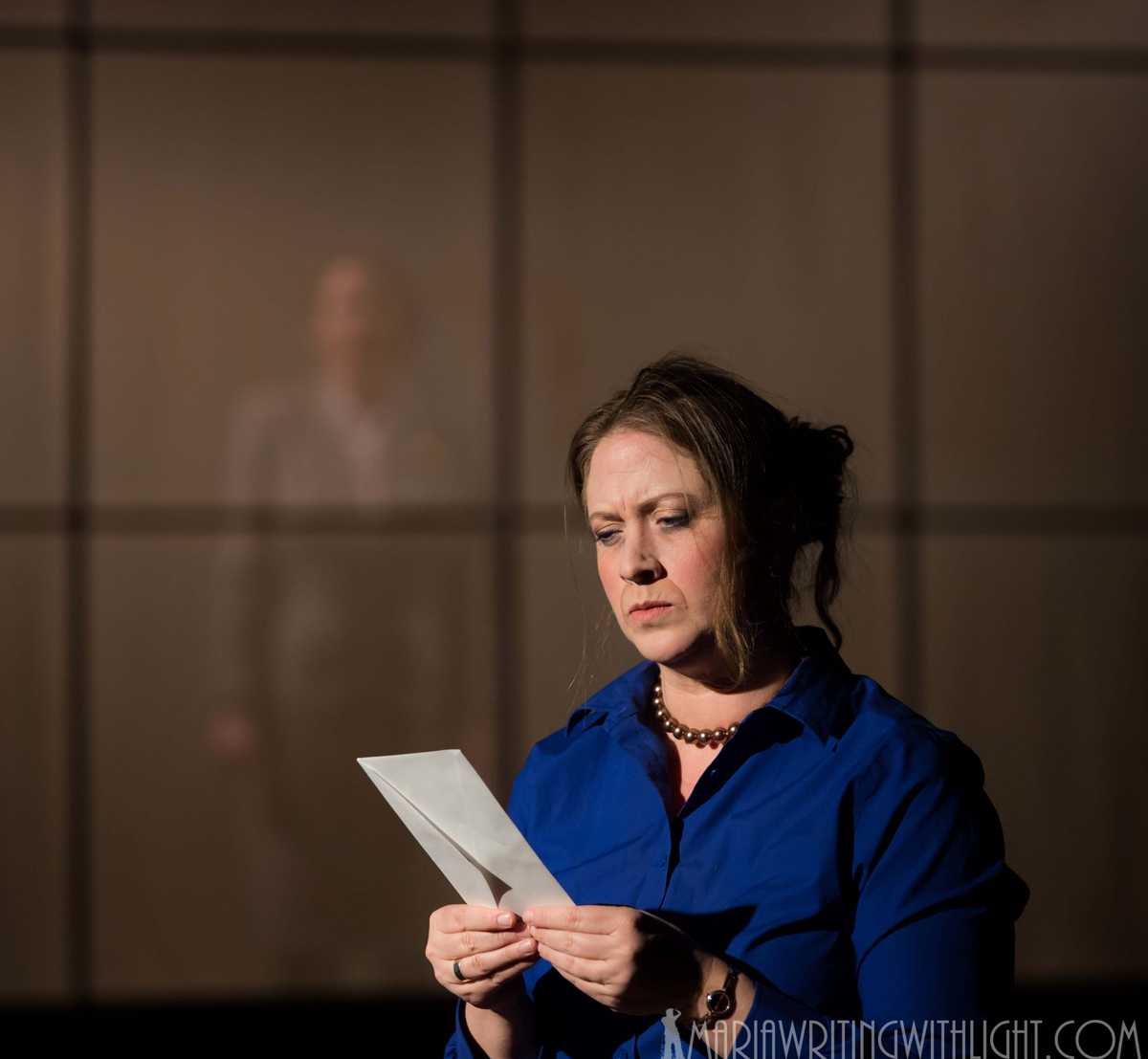 The Los Alamos Little Theatre production of ‘Kindertransport” is a must-see. The play interweaves the themes of love, loss, identity and survival against the backdrop of the Holocaust, when desperate Jewish parents in the Third Reich sent their children, alone, to England in a rescue effort called Kindertransport.

Between December 1938 and September 1939, around 10,000 children, the vast majority Jewish, were brought to Great Britain. Although some were orphans, the majority were sent by their parents to safety in the hope that the families would reunite, either when the parents managed to escape or an end came to the Nazi regime. For most, this dream never materialized. An unspoken backdrop to the play is the history of the refusal of the U.S., Britain and other countries to receive Jewish refugees from the Third Reich, which resulted in their destruction in Nazi Death Camps.

The play tells the story of Eva, a 9-year-old Jewish girl, played masterfully by Nora Cullinan. Eva travels to England where she is taken in by Lil (Carolyn Connor) and her family. Cullinan, a seventh grader at Los Alamos Middle School, handles the transformation of the 9-year old Jewish refugee into the assimilated British teenager, now called Evelyn, with mastery. She’s almost unbelievably good. Not only does her first German, and then British accent never falter, Cullinan vividly portrays a character that is distinctly German-Jewish and later distinctly British, as well as being utterly believable at both 9 and 15. The emotional depths she brings to the character are stunning.

Eva/Evelyn, (Kirste Plunket), now an adult, has hidden her past and tried to forget it. When her young adult daughter Faith (Alexis Perry) discovers letters and pictures in the attic, the key to that past is uncovered.

In an interesting twist, Eva’s mother, Helga, is played by her real-life mother Jess Cullinan. Jess gives an excellent performance and the emotional connection between the two actresses is an added bonus.

The play is definitely a family affair, since it’s directed by Nora’s father, John Cullinan, with music by her uncle, George Cullinan. John, along with Larry Cox, also designed the wonderful set, which includes a window on the unfolding scenes that transform the stage with period photography as well as providing a mysteriously shrouded platform for the play’s multi-faced villain, the Ratcatcher (Warren Houghteling). The opening scene takes place in two attics, one in Germany in 1938 and the other in England in the 1980s. This powerful metaphor is continued throughout the play.

Ratcatcher is the only male character in the play. This figure from a child’s nightmare is a favorite storybook character of Eva’s. He takes on a real life when her childhood is abruptly stolen from her, along with her parents. The Ratcatcher, dressed in rags and tatters appears as a Nazi guard, but also as a series of British characters – a postman, a greeter, a railroad employee- who hurt Eva through ignorance, insensitivity or downright malice. Houghteling pulls off his transformations with aplomb, managing to be terrifying and ordinary at once.

This play is centered on mothers and daughters, exploring what it means to be one or the other or both. Trying to do the right thing in the face of impossible choices is at its core. Plunket as the tortured Evelyn, Perry as her forthright daughter Faith and Connor as Lil, mother and grandmother, attempting to hold them together and bridge the gap the revelations about Evelyn’s past have opened between them, are all excellent.

“Kindertransport” also is about identity and about what Eva/Evelyn’s transformation from Jewish refugee child to British matron has cost her.

Written by Diane Samuels and first performed in 1993, “Kindertransport” is based on accounts by Kindertransport children. Samuels, a British Jew, grew up in the 60s and 70s never knowing this history until adulthood. In 1989, the 50th anniversary of the Kindertransport, a reunion was held and Samuels was able to meet and talk with these survivors.

“Kindertransport” continues through March 22, with performances 7:30 p.m. Fridays and Saturdays and a Sunday matinee at 2 p.m. March 16. Performances take place at the Performing Arts Center, 1670 Nectar St., in Los Alamos. Tickets are $12 for adults and $10 for seniors and students, and can be purchased at the door or online at http://www.lalt.org/. 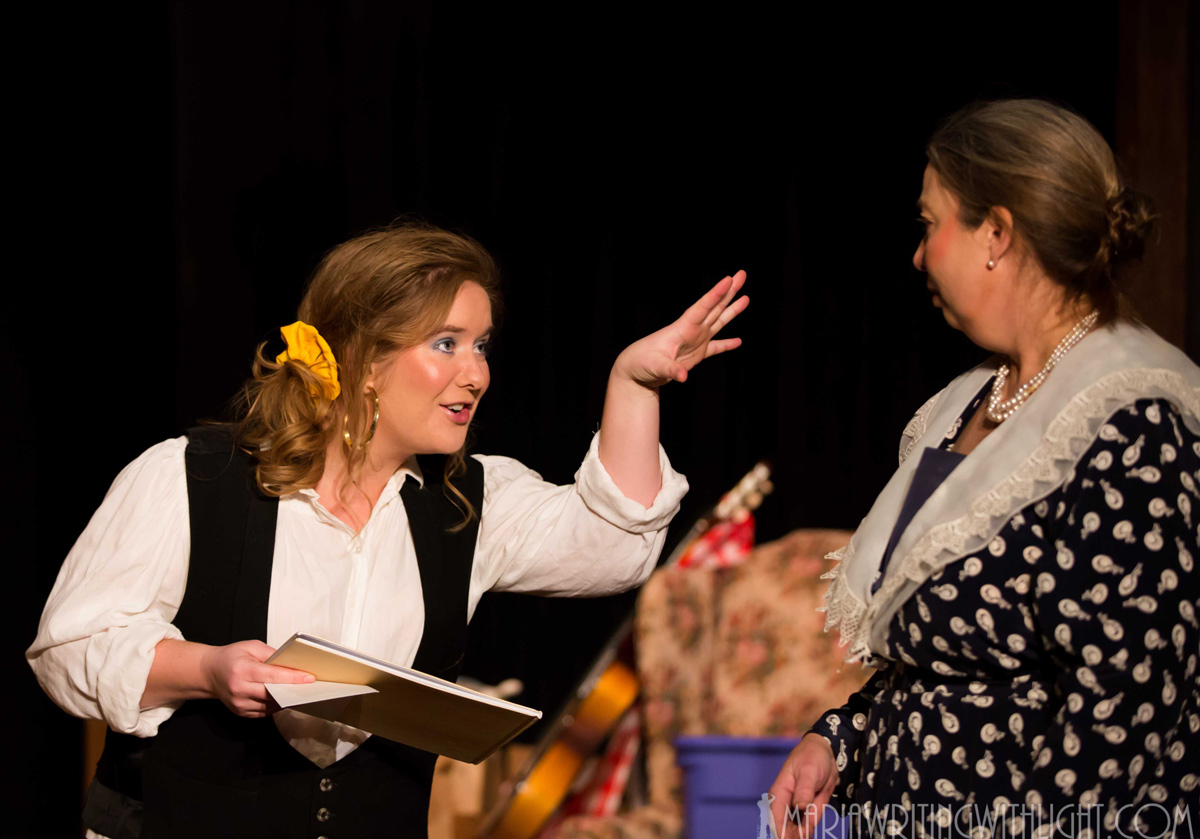 Faith (Alexis Perry) and her grandmother, Lil (Carolyn Connor) are swept into the past by Faith’s discoveries in the attic. Photo by Maria Thibodeau, courtesy of mariawritingwithlight.com 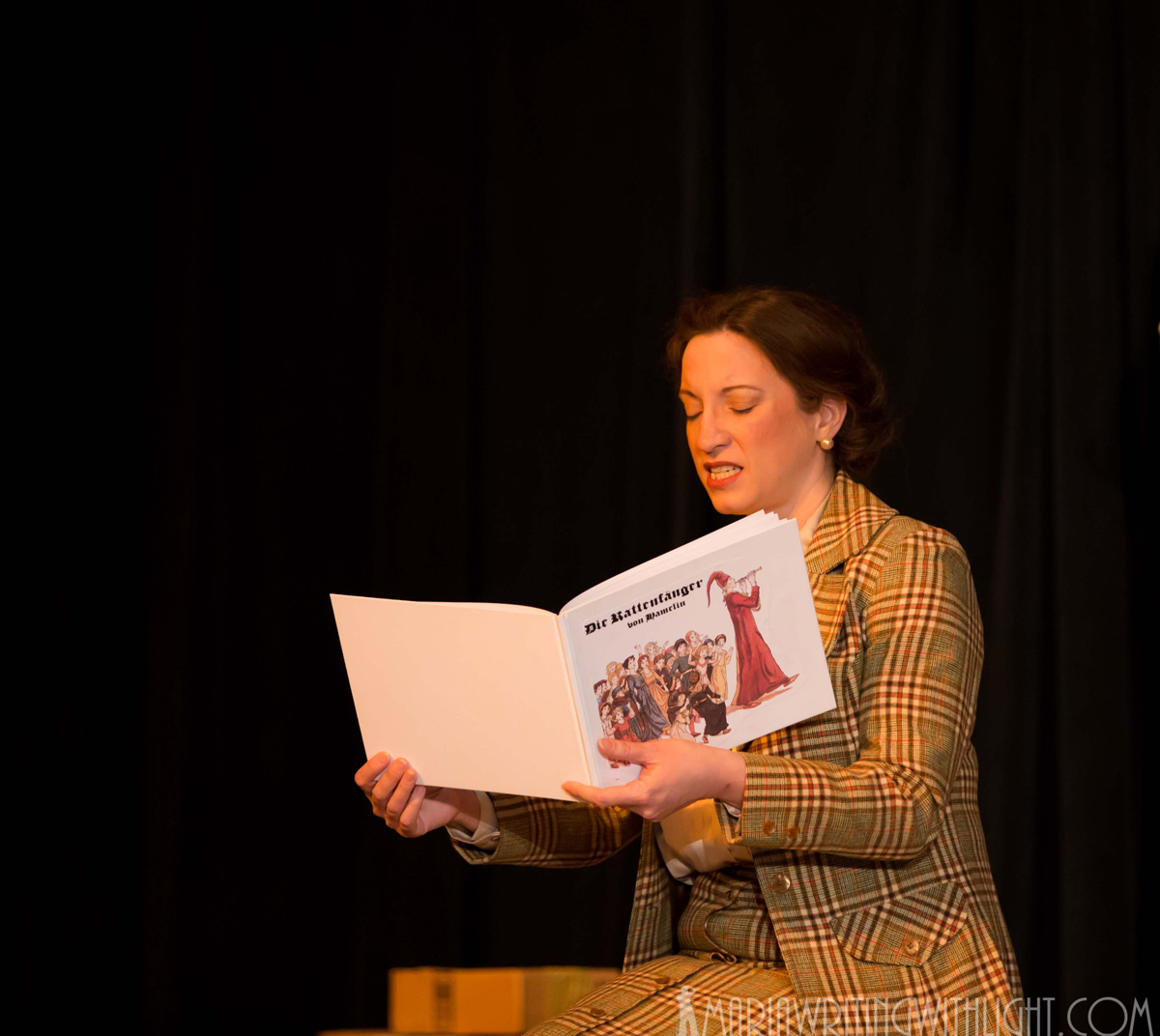