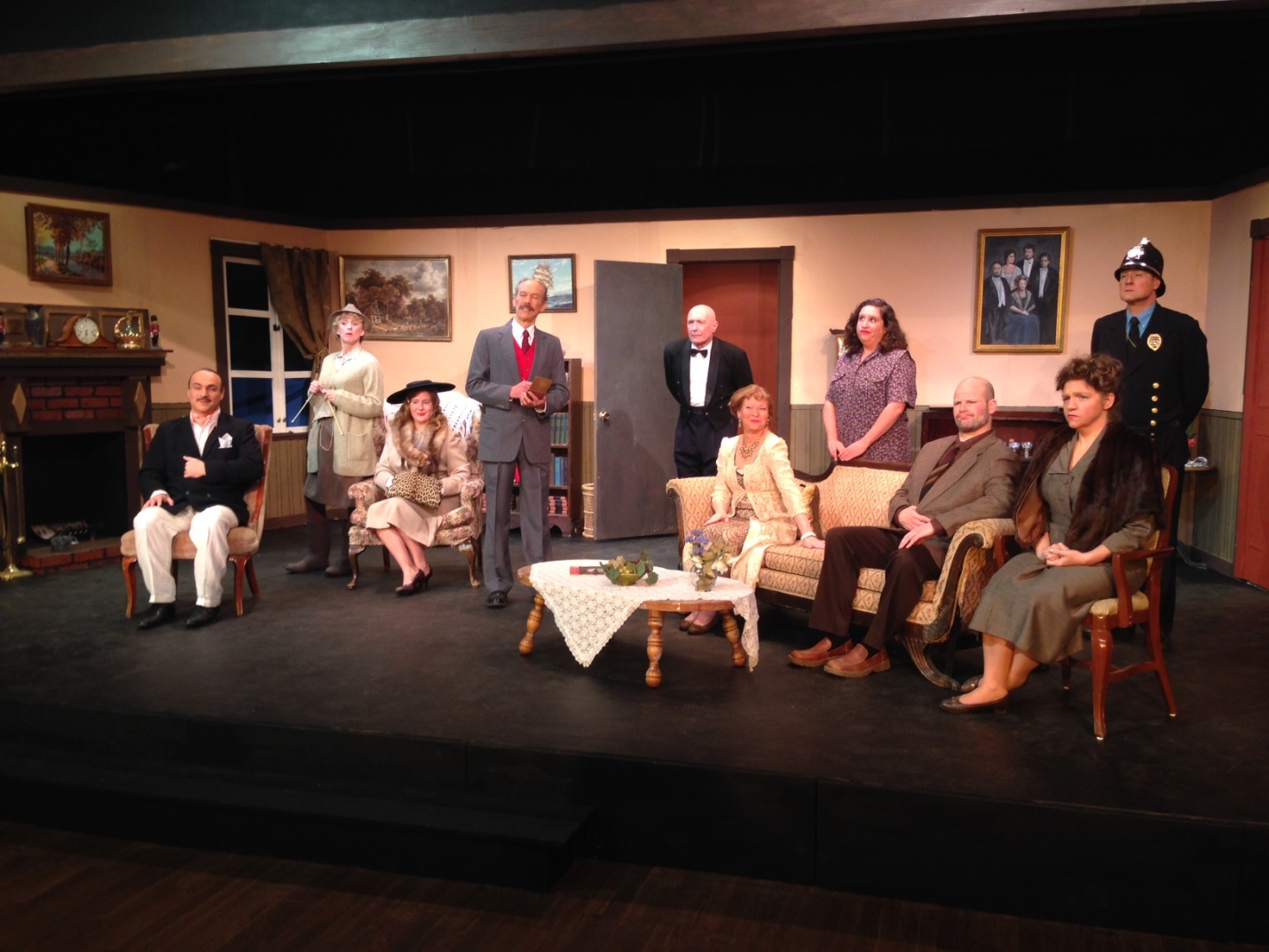 The full cast of ‘Murdered to Death.’ Photo by Laurie Tomlinson

In November, Los Alamos Little Theatre (LALT) presented a classic whodunit murder mystery, Agatha Christie’s And Then There Were None. Beginning Friday evening, LALT will present another murder mystery. While the time period also is in the late 1930s of England, this play is offbeat.

A spoof on the murder mystery classic, Murdered to Death, written by Peter Gordon, follows Inspector Pratt who fights his own incompetence to deduce the murderer. The plot follows the grand tradition of a long weekend visit at a country estate, where things quickly go awry in a most ridiculous fashion. The owner of the house has invited several guests for the weekend to her home, where her annoyed niece and the worthless butler also reside.

The audience soon finds out the odd relationships between the characters. Once the murder occurs, it is very possible that the inefficient Acting Inspector Pratt, along with his more resourceful assistant Constable Thompkins, may never solve the case.

Immediately after moving to Los Alamos, he became involved with many of LALT’s productions, usually onstage as an actor. For this production, he felt that he should try his directorial debut with a show with which he was familiar that is also a wonderful comedy. Webb said that anyone who is a “lover of Agatha Christie, murder-mysteries, or goofball puns should come to the show.

“Pay close attention to the dialogue, as there is tons of malaprops and double meanings to tickle the funny bone!,” Webb said. “Murdered to Death will have the audience laughing as each clever line is delivered.”

This production will have some foul play shown onstage. Also, in the course of the plot, three loud shots will be heard. The language in the play is quite tame by modern standards. It would be appropriate for children 12 years and older, but of course, the parent is the best judge of whether his or her child should attend the play.