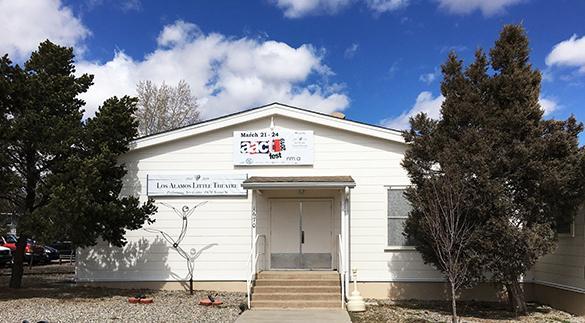 Be prepared to sing 16-32 bars (or, one verse and refrain) of a song, preferably from a rock musical. Bring sheet music for the accompanist. Readings will be from the script.

The rehearsal schedule will be determined after the show is cast. Generally, Sunday, Monday, Wednesday and Thursday evenings or some combination thereof, starting with a read-through/cast party tentatively scheduled for the evening of July 29.

Before Rent, there was Tick, Tick… Boom!. This award-winning autobiographical musical by Jonathan Larson, the Pulitzer Prize- and Tony Award-winning composer of Rent, is the story of a composer and the sacrifices that he made to achieve his big break in theatre. Containing 14 songs, 10 characters, three actors and a band, Tick, Tick… Boom! takes you on the playwright/composer’s journey that led to a Broadway blockbuster. One act.

His girlfriend wants to get married and move out of the city, his best friend is making big bucks on Madison Avenue and, yet, Jon is still waiting on tables and trying to write the great American musical. Set in 1990, this compelling story of personal discovery is presented as a rock musical filled with instantly appealing melodies and a unique blend of musical theatre styles.

Everyone will love this youthful, endearing and thoughtful piece, and will surely embrace the universal ideal of holding onto your dreams through life’s most difficult challenges.

NOTE: Due to the short rehearsal time, this production will be presented “concert” style and musicians will have access to the sheet music as needed throughout the production.