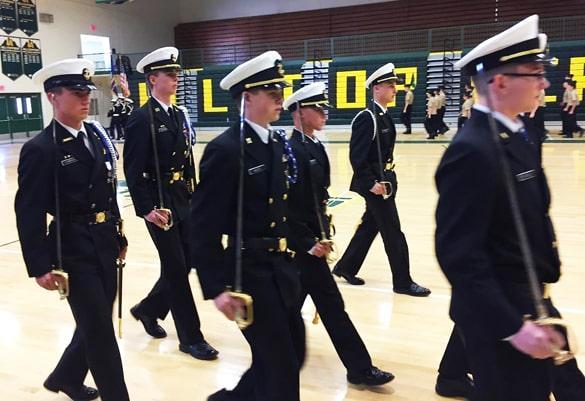 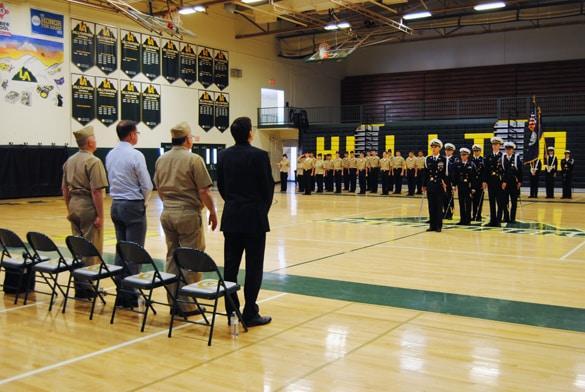 In their briefing to CDR Dial, the cadet staff acknowledged the accomplishments of the team over the past year. The cadet staff also hosted CDR Dial and Payne for a homemade lunch provided by the NJROTC Booster Club.

In addition to the inspection, the cadets also performed an opening ceremony, several exhibition drill team routines, and a formation pass in review. The pass in review portion of the morning gave cadets an opportunity to demonstrate basic formation drill and marching.

“I was very pleased with the cadets and staff. With only one full rehearsal for the pass in review, the cadets, Color Guard, and staff did an outstanding job of executing this military-style tradition,” CDR Gauck said.

The annual military inspection and the awards program are a significant portion of a cadet’s grade in Naval Science. The awards program took place that same evening at Immaculate Heart of Mary Parish Hall. 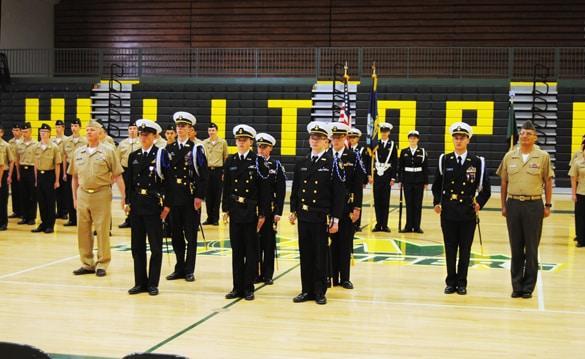 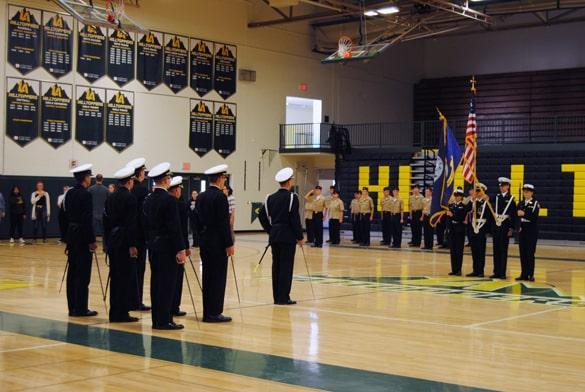 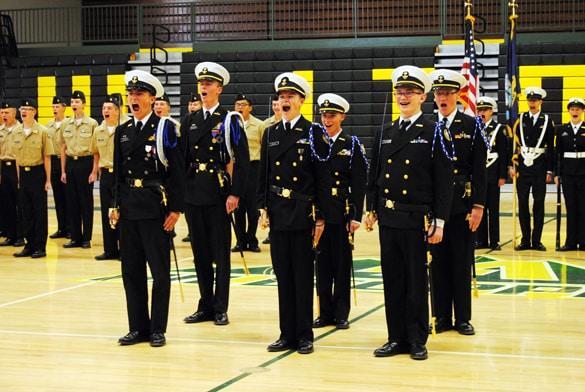