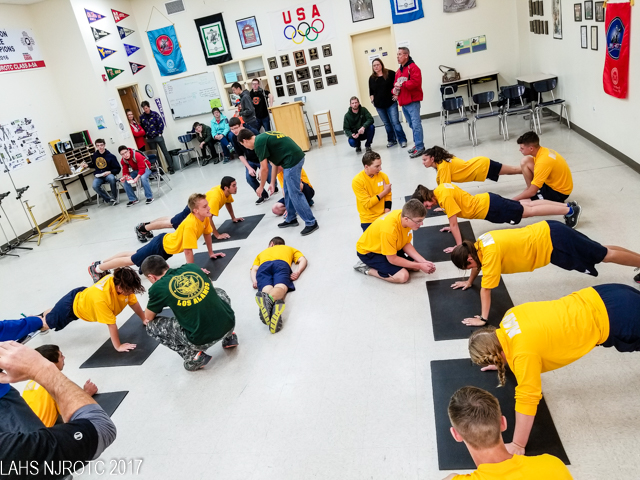 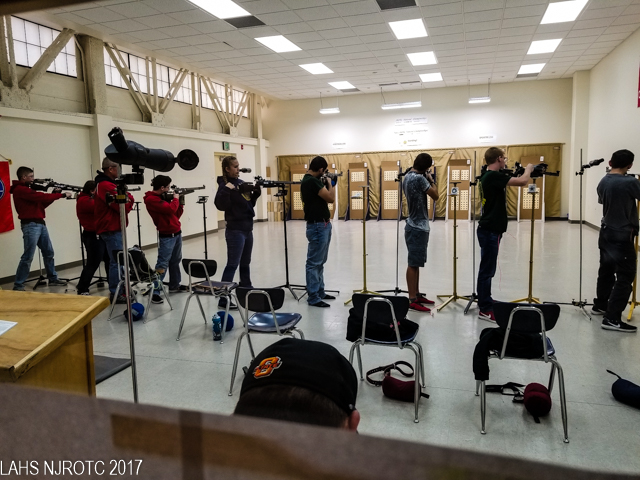 The two teams competed in sporter air rifle, shooting targets while prone, standing and kneeling. They also tested the physical fitness, competing in push-ups, pull-ups, sit-ups and the 800-meter run.

The last event was the Brain Brawl where cadets were asked questions on a wide selection of knowledge ranging from their chain of command and Armed Forces ranks to first aid terms and historical battles.

New cadets had a great opportunity to practice competition in a meet setting. Many cadets contributed much of their time and effort to make this possible, including our Commanding Officer Cadet/LTC Jacob Torrez and Executive Officer Cadet/ Lt. Neil Wilkerson. The meet has helped grow a special relationship between the two units.

Towards the end of the meet, the cadets participated in a Combat Fitness Training event, which was both mentally and physically strenuous, involving lots of sprinting and heavy lifting. Cadet/ SCPO Richard Thompson and Cadet/LTJG Jacob Thompson had the quickest times running the course.

It was a spectacular competition for everyone who participated and the cadets are looking forward to seeing Montrose next semester for a drill meet in Colorado Springs. 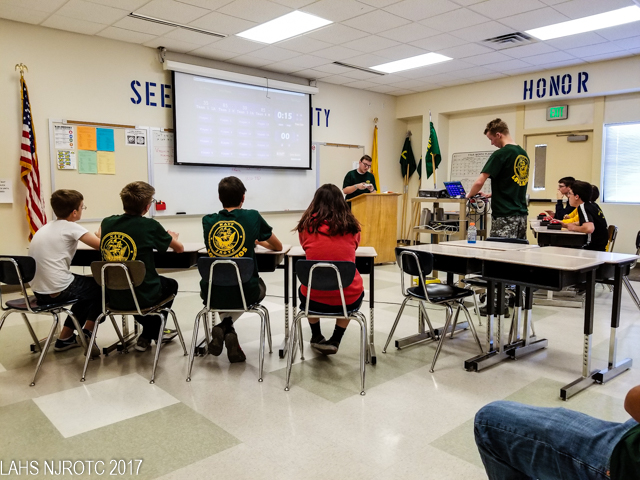 Cadets participate in the final event of the day, the Brain Brawl. Courtesy photo