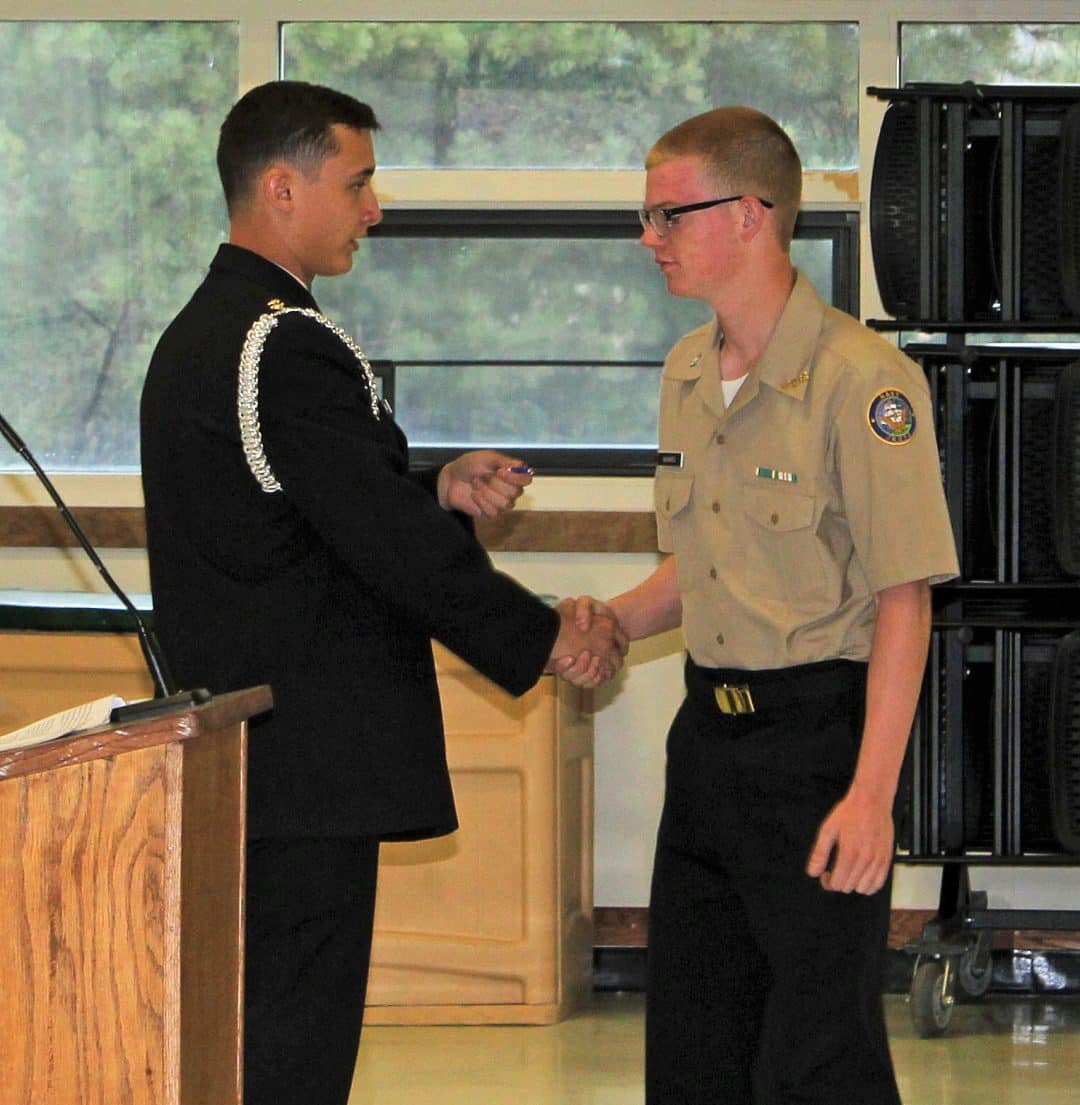 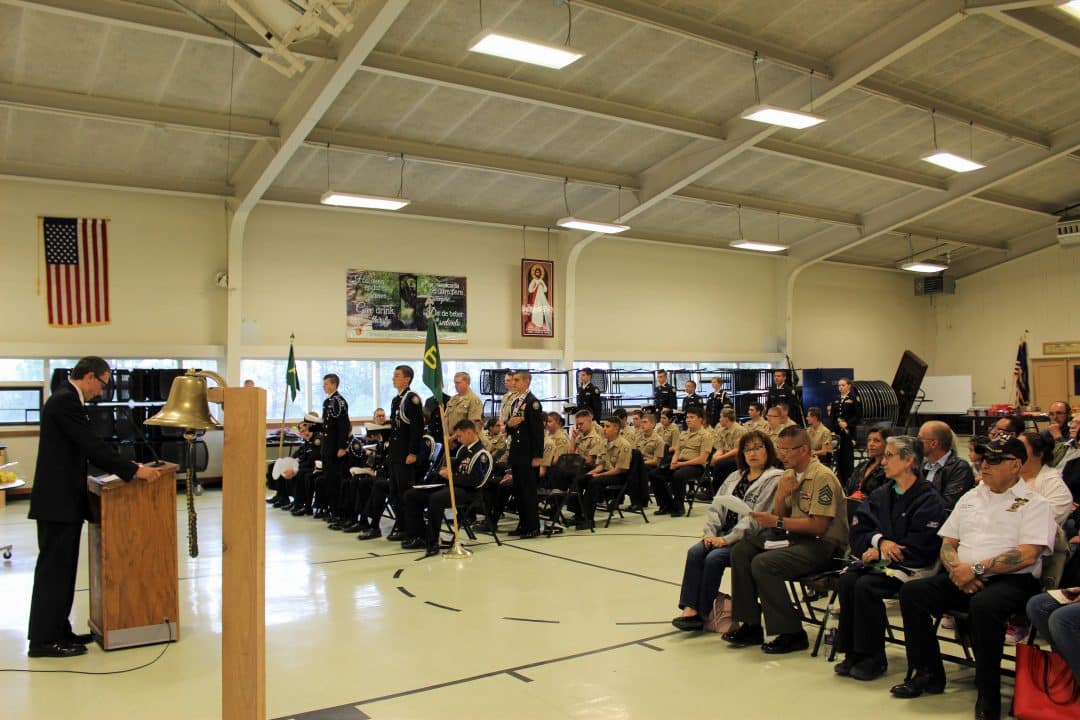 Linda Alt of the Valle Grande Chapter of the National Society Daughters of the American Revolution presented the Daughters of the American Revolution Bronze Medal to Austin Estrada. This award is presented to a cadet who demonstrated loyalty and patriotism with qualities of dependability, good character, adherence to military discipline, leadership, and a patriotic understanding of citizenship development through JROTC training.

Parents Tabitha Estrada and Michele Wright received the Admiral J.A. Sagerholm Award for distinguished parent support. Sagerholm graduated from the U.S. Naval Academy in 1952 and was the Chief of Naval Education and Training when LAHS NJROTC was chartered in 1983.

“This is an outstanding group of students, truly a pleasure to work with this past school year,” CMDR Brian Gauck, Senior Naval Science Instructor said during his remarks to the family, friends, and guests assembled for the program.

Seniors presented a single rose to their parents in appreciation for their love, support, and encouragement.

At the conclusion of the awards ceremony, the Change of Command Ceremony took place and previous cadet staff of the program passed on the torch to the upcoming staff for the next year.

The Spring Awards Ceremony was a major success and gave everyone an insight to the future of the program. The NJROTC cadets would like to thank Tabitha Estrada and Michele Wright, the NJROTC Booster Club, parents, and LAHS administration and faculty for their support of Naval Science and NJROTC citizenship programs. 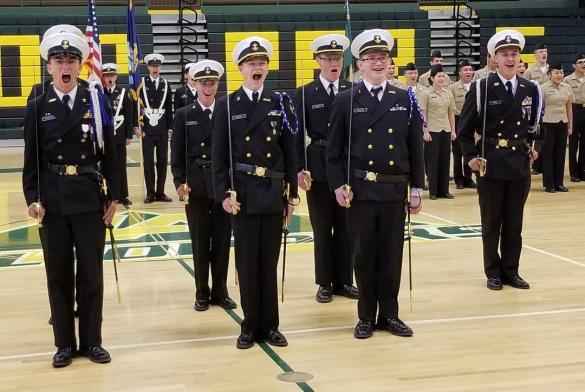