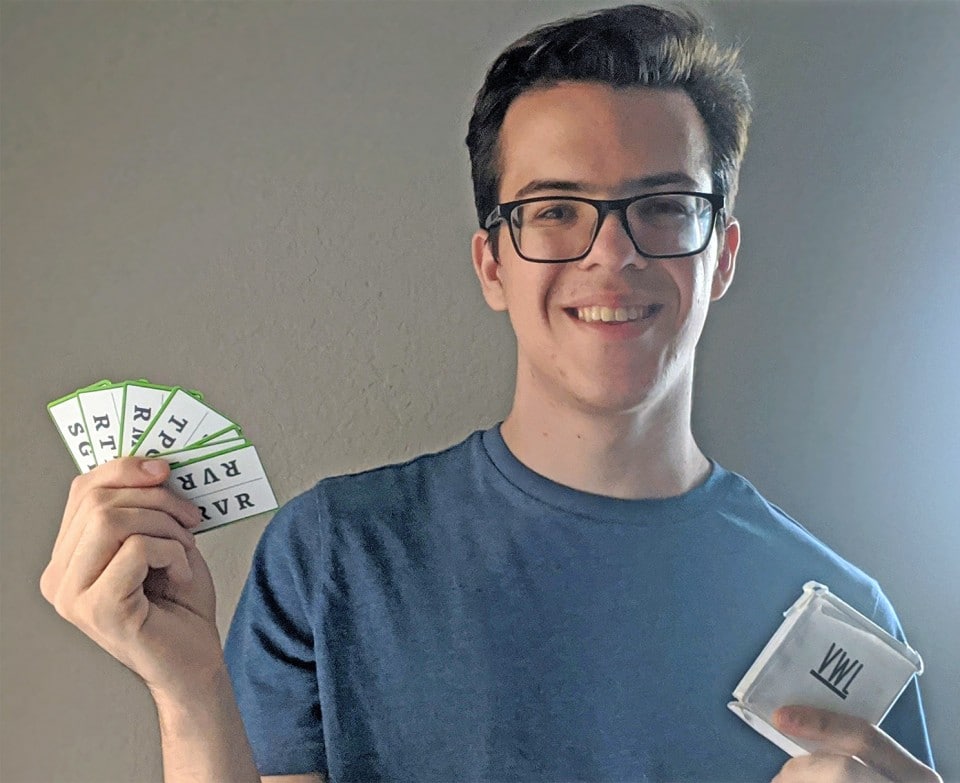 Cameron Art of Los Alamos with an early prototype of his board game Vowl, which he is launching Monday, Aug. 3 on Kickstarter. Courtesy photo 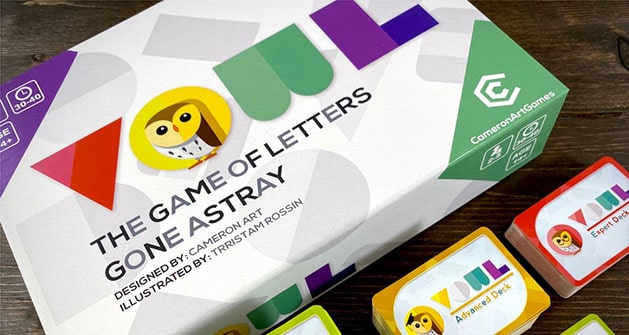 Cameron Art of Los Alamos created a board game that is launching Monday, Aug. 3 on Kickstarter.

The 2018 Los Alamos High School graduate owns Cameron Art Games. His board game “Vowl” is a fast-paced word game in which players race against both time and each other to recognize words that have had their vowels removed.

“The premise may seem simple at first … but with a few critical rules, players will quickly realize that this is much harder than it sounds,” Art said. “As players race to solve wordy puzzles, they are faced with choices of how to gain points when they succeed: Either gaining 2 points or 1 point and lowering their victory condition and opponent’s victory by 1. But players need to be careful as they acquire more points, their game gradually becomes more difficult as they are forced to draw extra, more challenging cards.”

Art explained that his one of a kind word game features more than 400 totally unique puzzle cards for maximum replayability, three distinct game modes, a uniquely tiered scoring system and simple ruleset that is sure to delight at any game night.

The 20-year-old developed his interest in board games in 2016.

“I started playing board games four years ago,” Art said. “Vowl is one of my earliest designs … I began designing it in 2017. I really enjoy the escapism that exists in these games as well as the strategizing involved … that allows me to stretch my brain.”

Art invites anyone interested in participating in the launch of his new board game to follow the campaign’s page at www.kickstarter.com/projects/cameronart/vowl-the-game-of-letters-gone-astray so that they are notified when the project launches on Kickstarter Monday, Aug. 3.

Kickstarter is a crowdfunding site in which you pool contributions from various people to support a project in exchange for various rewards (such as copies of the game itself). Kickstarter is one of the most widely used crowdfunding websites. However, if the funding goal isn’t reached within a certain timeframe, then the game won’t be created and no one will be charged. This means that the Vowl won’t be brought to life without your support.

Kickstarter is an American public benefit corporation based in Brooklyn, NY, that maintains a global crowdfunding platform focused on creativity. The company’s stated mission is to “help bring creative projects to life”.

A video, link to the game’s official boardgamegeek page and Art’s design diary is found at: www.cameronartgames.com/vowl. 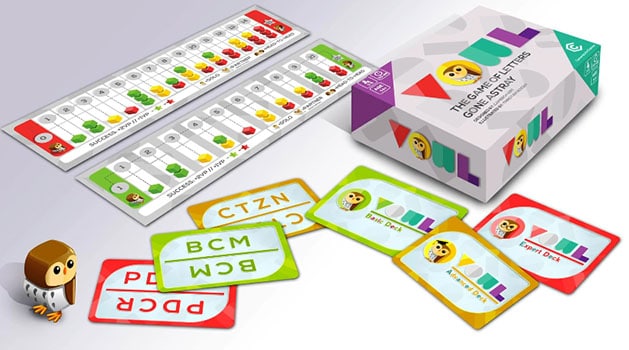