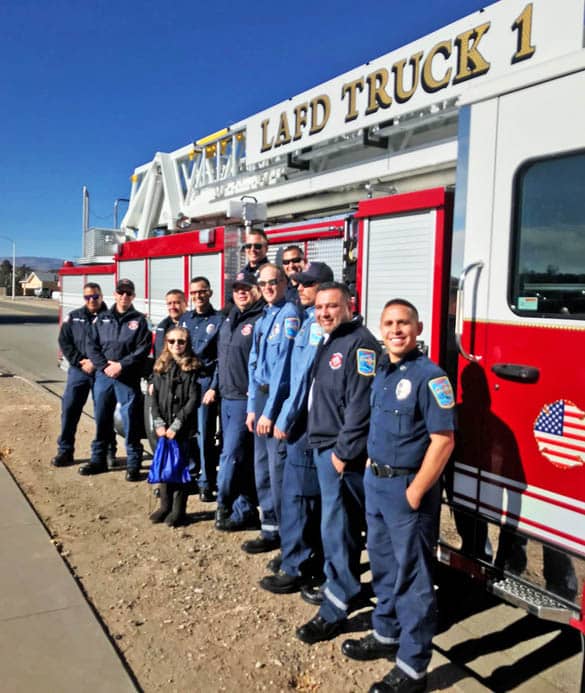 Los Alamos Fire Department Station 1 C Shift crew pose with Monday with Moorea Montano who was honored for her bravery following a Nov. 6 vehicle accident in which her father was injured. Photo by Maire O’Neill/ladailypost.com 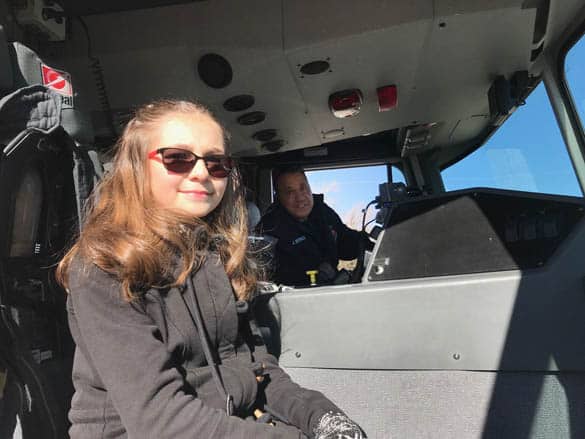 Chamisa Elementary School students and the Los Alamos Fire Department honored an 11-year-old girl Tuesday for her bravery during a two-vehicle accident Nov. 6 on the Truck Route near TA-53.

Moorea Montano had just been picked up by her father, Joshua Montano at Chamisa and the two were headed to Los Alamos when the accident occurred. Moorea calmly called 911 to report the accident and then called her mother, Jennifer Montano.

Jennifer Montano said when she answered the phone, Moorea told her she and her dad had been in an accident. Jennifer asked her if she had called 911 and how her dad was. Moorea said her dad looked very tired. Joshua Montano had in fact suffered a broken leg and was pinned into the car. Moorea was not injured but badly shaken up.

Joshua Montano said the Los Alamos Fire Department Station 1 C Shift was on the scene “in a flash”. Joshua Montano had to be extricated from the vehicle using the jaws of life.

The couple praised the professionalism and compassion of the entire crew on the scene.

“They were so good to our family. They followed up and checked in on us at Los Alamos Medical Center,” Jennifer Montano said.

The family also commended Los Alamos Police Cpl. David Boe who responded to the accident and later stopped by LAMC a couple of times to check on them as well.

“I hope Moorea will serve as an example of what younger kids in the community can do when there is an emergency. You too can be brave enough, no matter how small you are,” he said.

Moorea was presented with a t-shirt and a recognition coin during the event and afterward posed for photos with the entire crew. 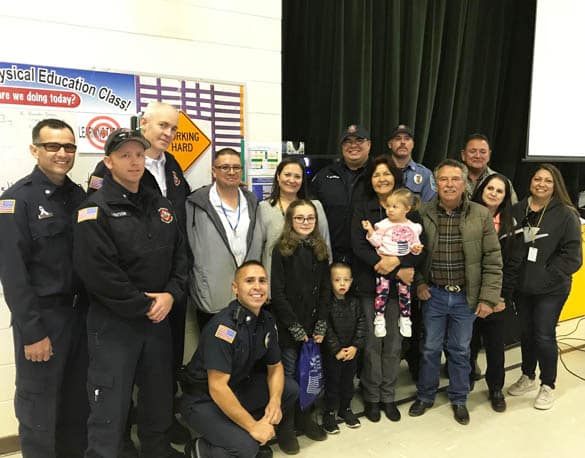 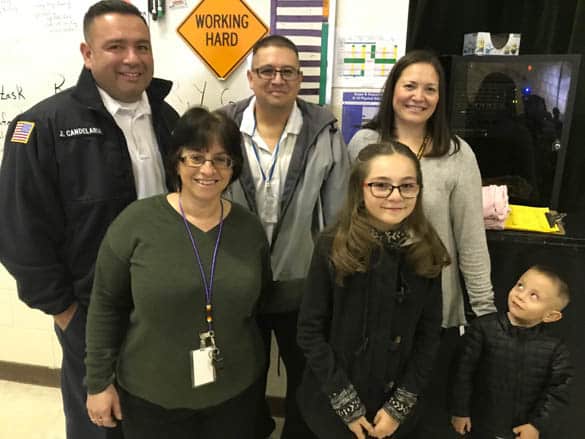