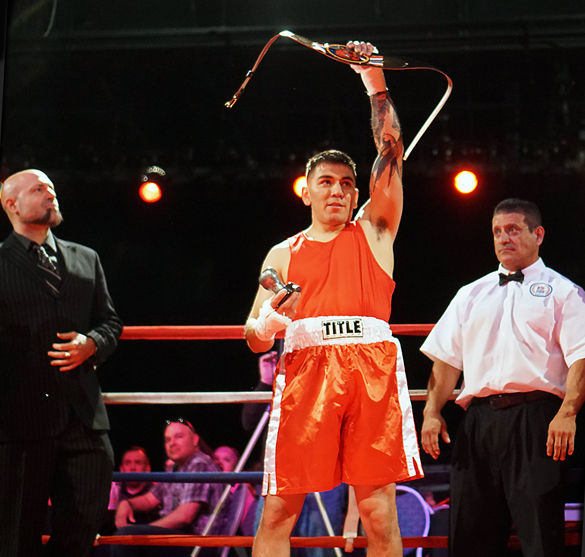 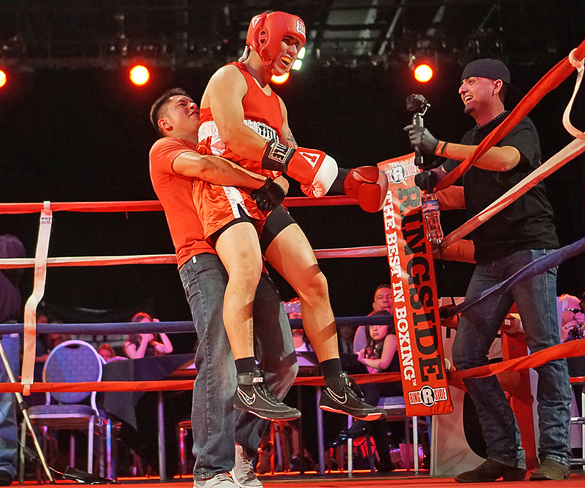 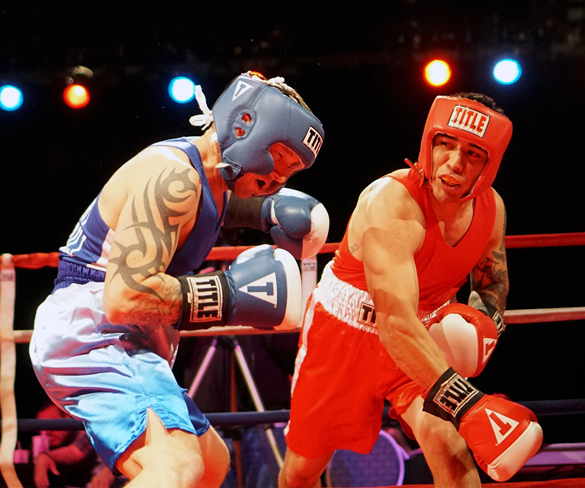 ALBUQUERQUE – Los Alamos Firefighter Kenny Martinez took on Albuquerque Police Ofc. Thomas Zaleski in the Rumble in Rio charity event Saturday night at the Kiva Auditorium. Martinez said he was entering the ring prepared to win and win he did. The referee stopped the match some 34 seconds into the second round when it became evident that Martinez far out skilled his opponent. Martinez won the fight by Technical Knock Out in a unanimous decision of the judges.

“Once in a while someone can have a lucky punch that may cause me to lose but it will never be because I’m unprepared,” Martinez told the Los Alamos Daily Post just before facing Zaleski. “I’m going into this with the mentality that I’m going to win.”

Martinez, 29, has been a firefighter with LAFD for five years and works the B Shift at Fire Station 4 near the Los Alamos Golf Course. Fire Chief Troy Hughes attended the charity fight to support Martinez.

“No matter what it is, whether his work at LAFD or this charity fight, Kenny really prepares and that is why he is successful,” Hughes said.

The match Saturday night was the second fight for Martinez. It was clear he not only prepared for the fight but has training as a boxer as well. He knocked down his opponent twice, landed a number of solid punches and skillfully managed to avoid any coming in his direction.

He said that he is happy to fight for charity because it’s competitive and it’s a worthy cause. The Rumble in Rio is in its 12th year in the state of New Mexico. It was inspired by Jim Franklin, who was an evidence technician in the Rio Rancho Police Department. For several years he would take old bicycles from storage and rebuild them and give them out to children of low-income families in the area for Christmas.

This effort prompted Ofc. Pete Camacho to create “Rumble in Rio,” and allowed the Jim Franklin Bike Giveaway Program to expand and provide more bicycles to more kids. So began the tradition of “Cops and Firefighters fighting for the kids”.

“The Rumble in Rio Board now includes members from multiple public safety agencies from New Mexico,” said Andrew Garcia of Rumble in Rio. “Our fighters are EMTs, police officers, corrections officers and firefighters from around the state and have represented dozens of departments.”I have the opportunity to put our events to work in the community, that’s something we’d like to do.” 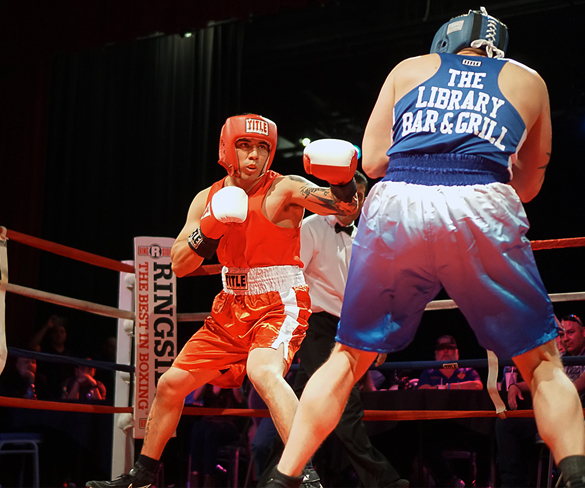 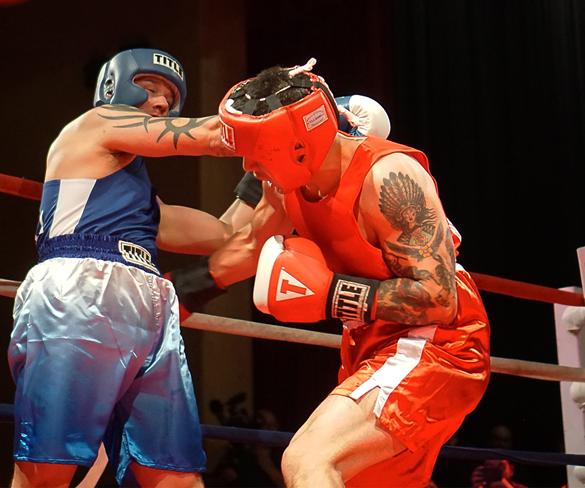 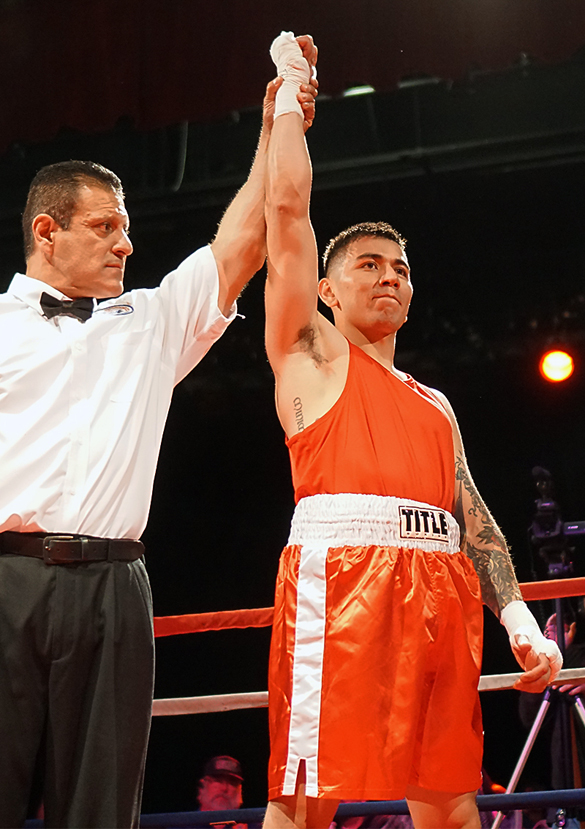 The referee announces the winner by TKO, Kenny Martinez of the Los Alamos Fire Department. Photo by John McHale/ladailypost.com