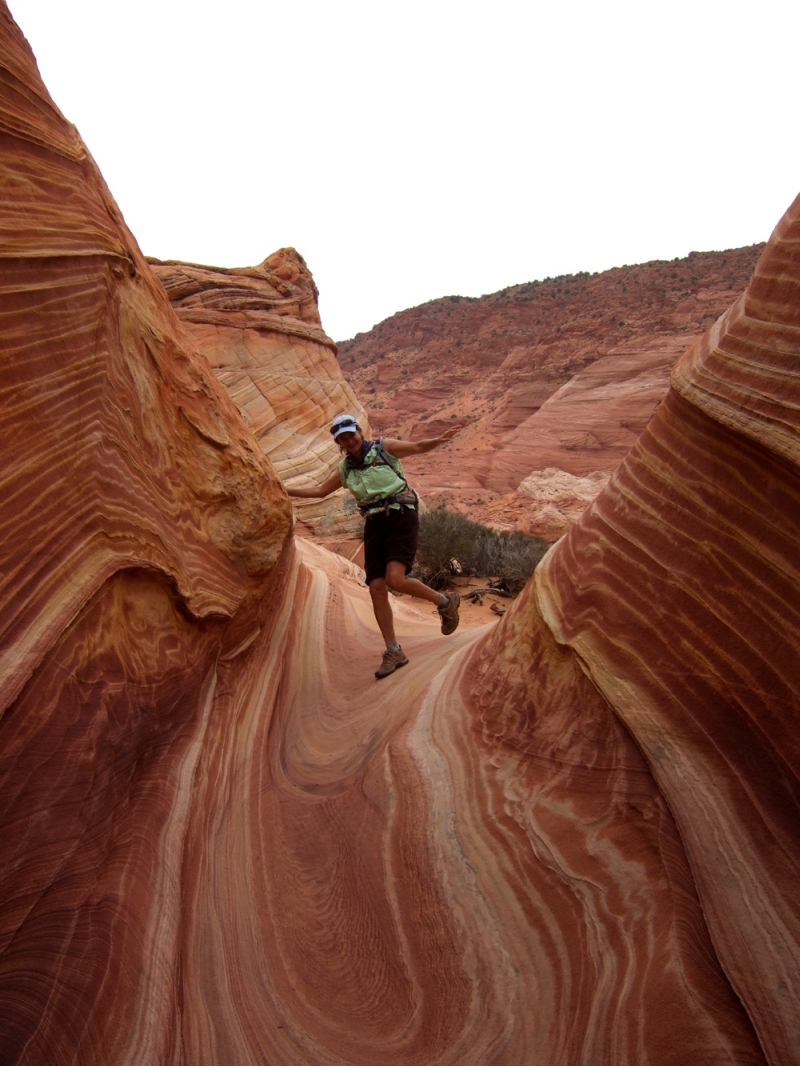 As humanity grows, so does the space we take.

And as the space we need grows, the space that wildlife gets to inhabit diminishes. We live in a place where wildlife and humanity constantly bump up against each other.

While I was behind a tree changing clothes after riding through the Gilman tunnels, a friend saw a woman stop next to a busy road, and release several chipmunks. When questioned about her actions she replied indignantly, that the chipmunks were eating her bird seed, so she had live trapped and moved them.

I am sure she thought she was doing the most humane thing by live trapping the chipmunks and moving them, rather than killing them. I wish I had witnessed this chain of events. If I had, I could have informed her that most likely she was setting these chipmunks up to die from starvation this winter. She had taken them from their nests and their stashes of food, and moved them to a place where there was no food for them to gather. It was mid October at 6,000 feet elevation and there would be a very short time before snow covered the ground. 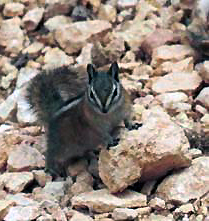 Chipmunks are monogamous mammals that build an extensive burrowing system. Their nests have special rooms for storing food, rooms for sleeping, and for raising their young. The average life span of a chipmunk in the wild is two to three years, though captive chipmunks have been known to live as long as eight years. Chipmunks must always be alert for danger because they are near the bottom of the food chain. They are hunted by hawks, snakes, mink, weasels, fox, coyote, bears, and bobcats.

When preparing food for storage, chipmunks hold fruit and seeds in their front paws, and with specialized incisors, which are especially long, sharp, forward-directed cutting teeth, they remove seeds from pods. Then they use their tongue to shift the seeds backwards and stuff them between teeth and stretchy cheeks. They hold as much as they can in their cheeks while they continue to collect more food. When their cheek pouches become full, chipmunks deposit the seeds in their nests, or bury them in shallow holes that they dig in the ground and then cover with earth, leaves, and other litter.

The Chipmunk (Tamias) is in the squirrel family, in the order of rodents. The western species of chipmunks are varying shades of brown, grey and red with distinctive stripes.  The way to differentiate chipmunks from ground squirrels is by the distinctive stripe that continues from the chipmunks’ back to their head. The Latin name Tamias means storer. In the Western United States we have several species of chipmunks but all of them closely resemble hamsters, and like hamsters, they use cheek pouches to carry the groceries home. Male chipmunks have an average home range of ½ to 3 acres, but they only protect a territory of about 45 feet in diameter. When pursued, chipmunks can run up to 15 feet per second.

Chipmunks are not true hibernators. They wake up periodically through the winter to eat the food they stored throughout the summer. So they are dependent on all the bird seed they had been storing in their nests.

I wonder if she realized that the chipmunks were eating her bird seed just to survive? I wonder how a person finds value in feeding one species of animal but not another? I wonder if people consider what the difference is, between feeding one species of wildlife but not another. I have had feeders where four chipmunks were eating from them, and they did not eat much.

I certainly agree that it is not wise to feed most wildlife, but where do we draw the line? Chipmunks are an important part of the ecosystem. They disperse seeds, they till the earth and they provide food for larger predatory animals. I would have understood if the chipmunk population had gotten too great and she moved the chipmunks in the spring or summer, but I don’t think she understood the effect she was having on the animals by moving them in the late fall away from their nests and their stashes of food. I have had bird feeders out for as long as I can remember and if I don’t like other wildlife partaking of the seed, I create a way they cannot get to the seed. But for the most part I figure if it is OK to feed the birds, it is OK to feed the other animals that are attracted to the seed. The animals don’t know those are bird feeders. I know my choice to feed the birds comes with consequences!

When I last lived in bear country, a bear started tearing up my bird feeders, so I hung the feeders near the dog yard and that stopped him. Creative solutions are often possible. I wasn’t going to trap and move or kill a bear because he demolished a couple of feeders, to him it was just food. I was able to create a new way of feeding the birds so the feeders did not get destroyed and the local bears did not get habituated to bird seed. Maybe the woman who didn’t want to feed chipmunks could have found a creative solution, too.

What if in every area of our life we started considering the ripple effect of our actions? I realize we could get a little bogged down with this in our daily life, but there are definitely things we can do and pay attention to. For example, most people recycle now, and that came from a place of being aware of how our actions were affecting the earth.

Is it possible that it’s time to start considering how our actions affect the wildlife, especially for those who live in the woods among the wildlife? If you choose to live in the woods away from town you are choosing to live among wildlife. If you want to get rid of all that which bothers you, why not just live in the city where it is already devoid of wildlife and a controlled setting?

I fully understand the desire to live in the woods, and I propose that those of us who do, have a responsibility to live in harmony with our surroundings and with our wild neighbors.