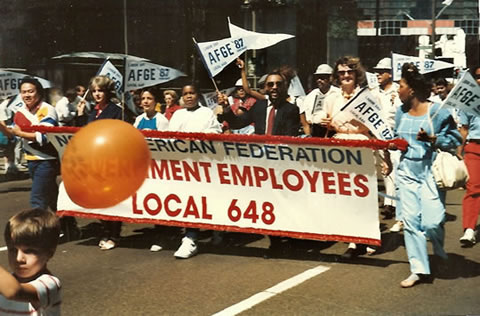 Observed on the first Monday in September, Labor Day pays tribute to the contributions and achievements of American workers. It was created by the labor movement in the late 19th century and became a federal holiday in 1894. Labor Day also symbolizes the end of summer for many Americans, and is celebrated with parties, parades and athletic events.

The Knights of Labor, a labor union of tailors in Philadelphia, held the first Labor Day ceremonies in American history. The Knights of Labor was established as a secret society of Pennsylvanian tailors earlier in the year and later grew into a national body that played an important role in the labor movement of the late 19th century.

The first annual observance of Labor Day was organized by the American Federation of Labor in 1884, which resolved in a convention in Chicago that “the first Monday in September be set aside as a laborer’s national holiday.” In 1887, Oregon became the first state to designate Labor Day a holiday, and in 1894 Congress designated the first Monday in September a legal holiday for all federal employees and the residents of the District of Columbia

Labor Day: How it Came About; What it Means

Labor Day, the first Monday in September, is a creation of the labor movement and is dedicated to the social and economic achievements of American workers. It constitutes a yearly national tribute to the contributions workers have made to the strength, prosperity, and well-being of our country.

Through the years the nation gave increasing emphasis to Labor Day. The first governmental recognition came through municipal ordinances passed during 1885 and 1886. From these, a movement developed to secure state legislation. The first state bill was introduced into the New York legislature, but the first to become law was passed by Oregon on February 21, 1887. During the year four more states — Colorado, Massachusetts, New Jersey, and New York — created the Labor Day holiday by legislative enactment.

By the end of the decade Connecticut, Nebraska, and Pennsylvania had followed suit. By 1894, 23 other states had adopted the holiday in honor of workers, and on June 28 of that year, Congress passed an act making the first Monday in September of each year a legal holiday in the District of Columbia and the territories.