LA Shuts Out Miyamura To Advance In Tournament! 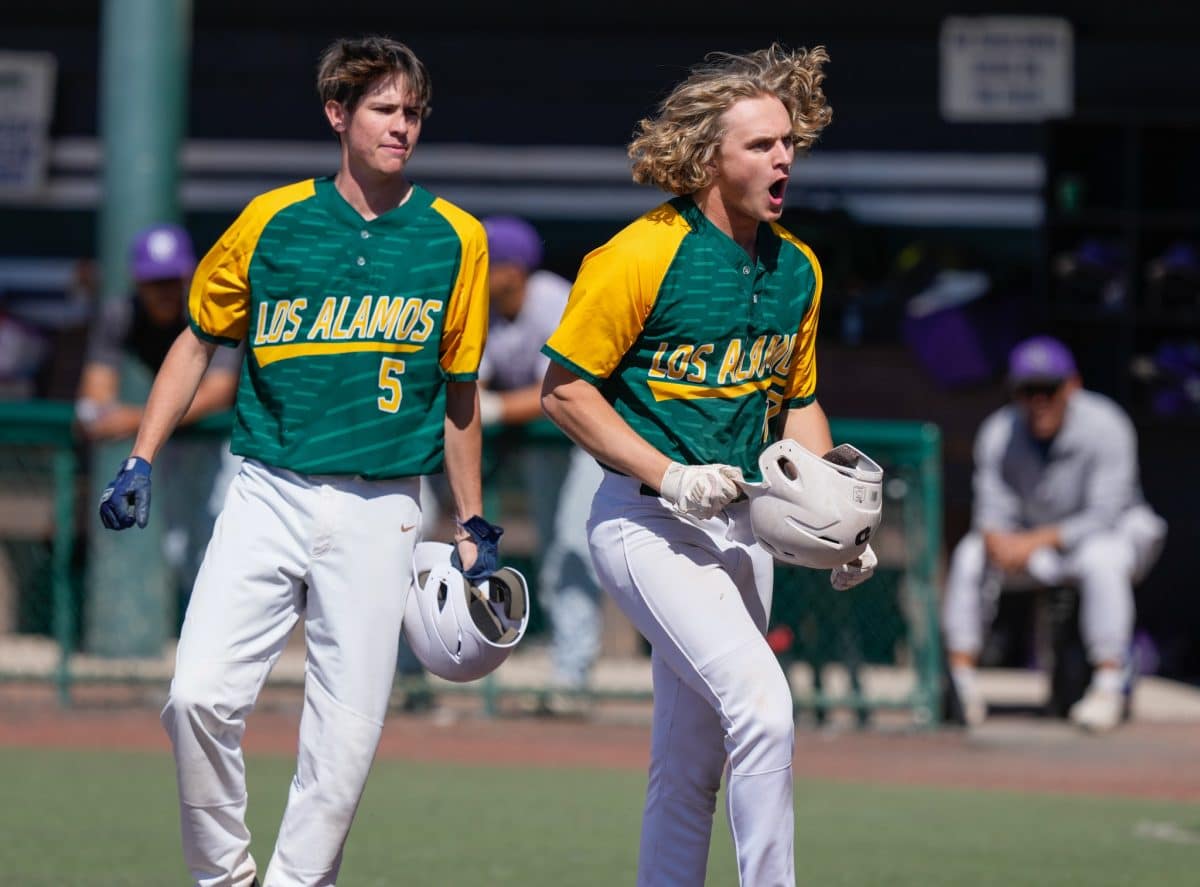 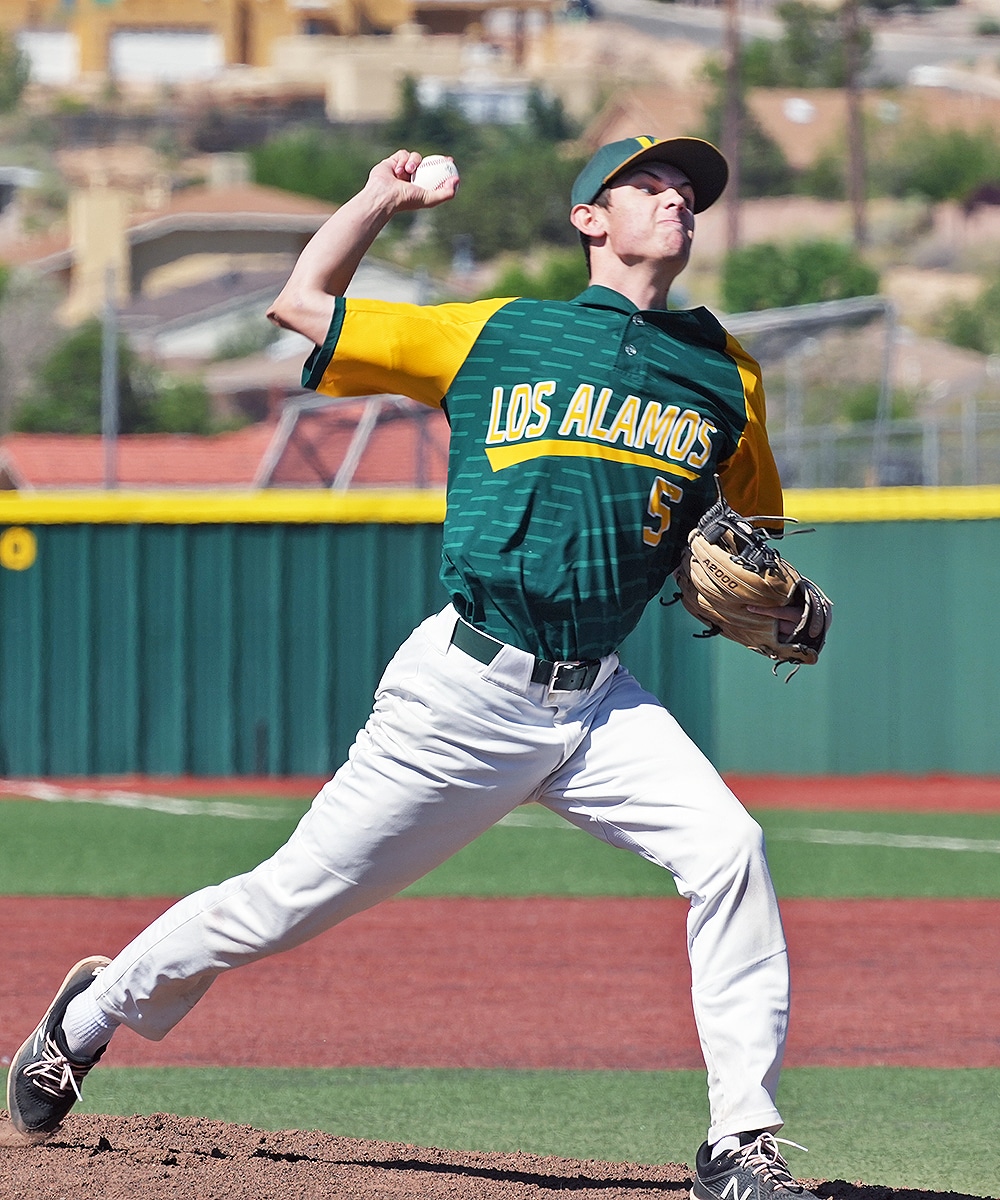 Ace pitcher Taylor Drake was dominant striking out 9 batters in the 5 1/3 he pitched. Photo by John McHale/ladailypost.com

After a mostly quiet first part of the game, the Los Alamos Hilltopper baseball team turned in a 5-run fourth inning to pull away from the Miyamura Patriots.

Charles Steinkamp and Caden Thornton had RBI hits in that big fourth inning to help propel Los Alamos to the state Class 4A semifinal round.

The Hilltoppers will play at 10 a.m. today, May 13 at Santa Ana Star Field in Albuquerque with a chance to go to the championship game.

Steinkamp’s base hit brought Grant Watkins and Aidan Logan to the plate, while Thornton knocked in Zach Gonzales earlier in the inning as the Hilltoppers broke open what had been a 2-0 ballgame.

Grant Watkins hit a booming 2-run home run in the first inning following a hit batsman to get Los Alamos (21-7) on the board. That home run came off Patriot starting pitcher Jaimeer Beyale, who helped keep his team in the ballgame early, but struggled with his control through 3-2/3 innings before getting chased during the Hilltoppers’ fourth inning rally.

On the mound for Los Alamos, ace pitcher Taylor Drake was dominant. Drake struck out 9 batters in 5-1/3 innings before giving way to Diego Rodriguez, who closed things out while allowing just one hit.

Rodriguez started the game at shortstop and helped make two big plays in the third inning with Miyamura mounting its only offensive threat in the game. 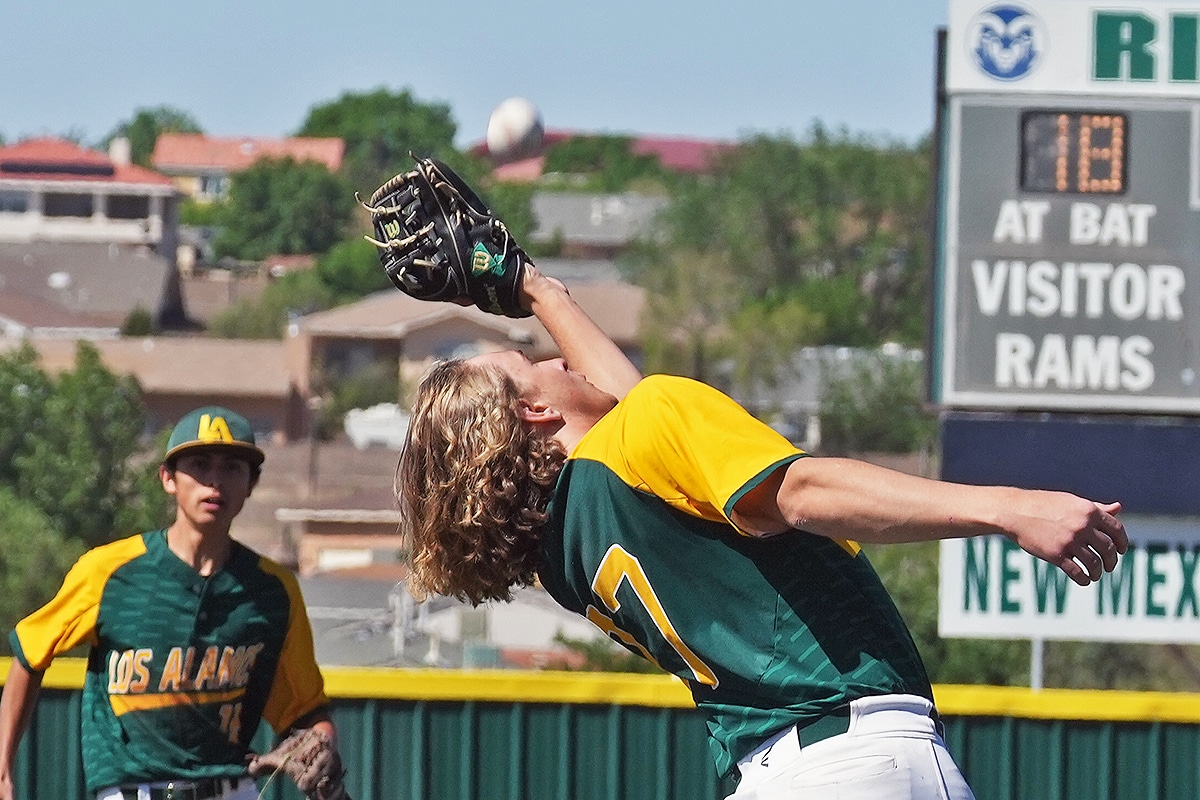 Grant Watkins makes a great catch in the 1st inning for the 3rd out. Photo by John McHale/ladailypost.com 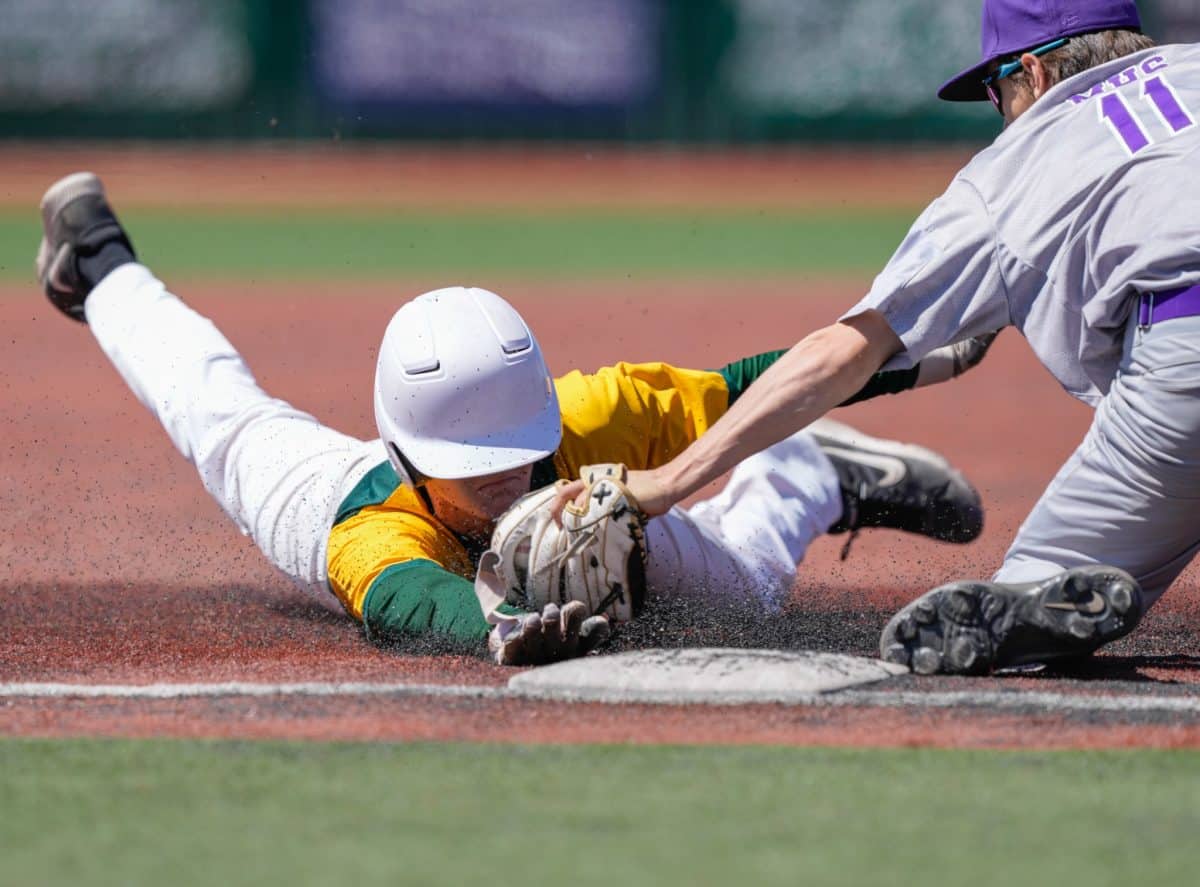 Carson Dickson reaches long but Dominick Ward tagged him out in the 4th inning. Photo by Nate Limback/ladailypost.com 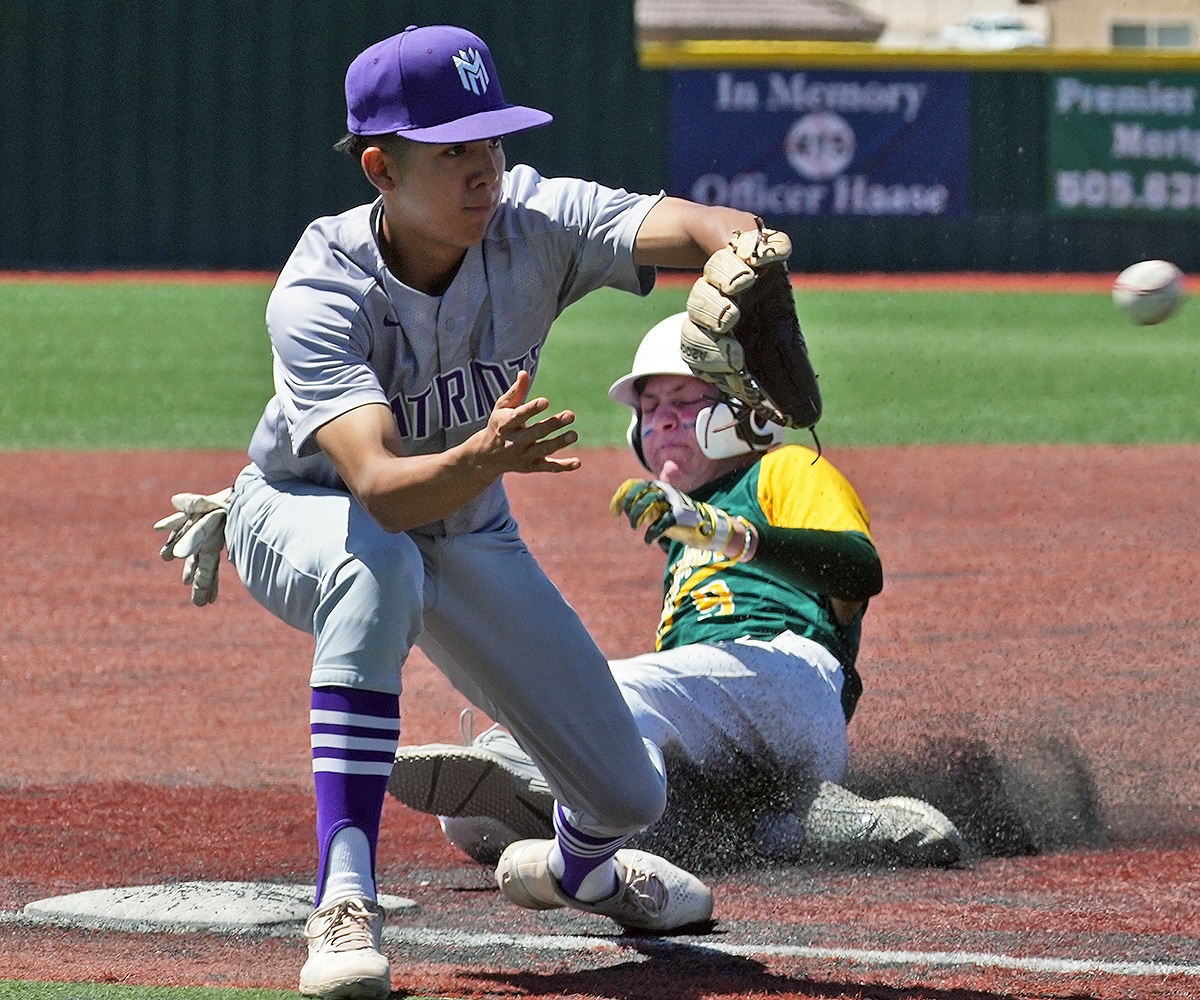 Charles Steinkamp slides in under the tag by Dominick Ward at 3rd in the 5th inning. Photo by John McHale/ladailypost.com