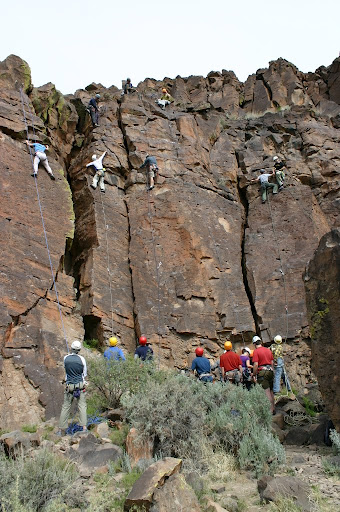 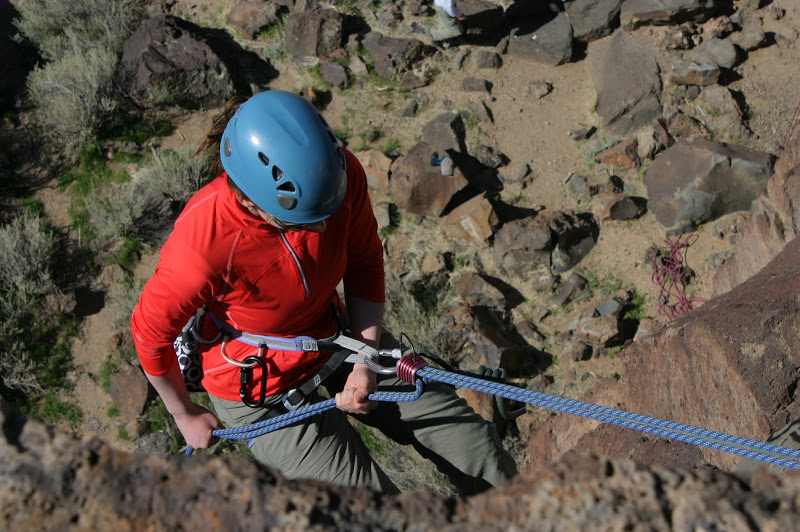 Many people learn how to rock climb the hard way. If you ask them how they learned to climb, their answers might include “my buddy, Ernie,” “it was a great day, but,” and “the best thing in my life.”

You may also hear phrases like “but I kept at it anyway,” “after that I went back and bought better (shoes, harness, rope),” and “we didn’t really know what we were doing, but we had a great time and we’re still alive.”

Though seat-of-the-pants and trial-by-fire work for some intrepid souls, most would prefer less struggle and better results, as offered by the long-running Los Alamos Mountaineers’ Rock Climbing School.

The course is targeted at those who are curious about what rock climbing, who love the outdoors and who want to expand into new adventures.

The 2013 school runs from March 26 through May 4, with an application deadline March 17. Teams of experienced local climbers will teach students what they need to be competent and safe on the high-angle out-of doors.

Skills are introduced in the classroom, and practiced in local venues near Los Alamos and White Rock.

The school is also a place to meet others with similar interests. Students range in age from 18 to over 60, and include beginning climbers with no experience and veterans seeking a refresher. Also, 16 and 17-year olds can take part if a parent/guardian is present.

The $185 fee (plus dues) includes more than 45 hours of discussion, lectures and practice on the rock and in the gym.

The course culminates with a day-long graduation climb on crags near Tres Piedras or El Rito that involves multiple pitches, climbing to an intermediate point and anchoring for the stage upward.

Students must purchase their own harness and are encouraged to furnish their own climbing shoes and helmets.

The Los Alamos Mountaineers have trained hundreds of climbers in its 60-year history. The club membership that comes with the school opens the door to dozens of volunteer-led adventures.

In 2012, trips were as far-flung as Nepal and Mexico and as varied as a Sunday walk on country trails, a week rappelling down canyons in Zion, or a mountaineering weekend in Colorado. 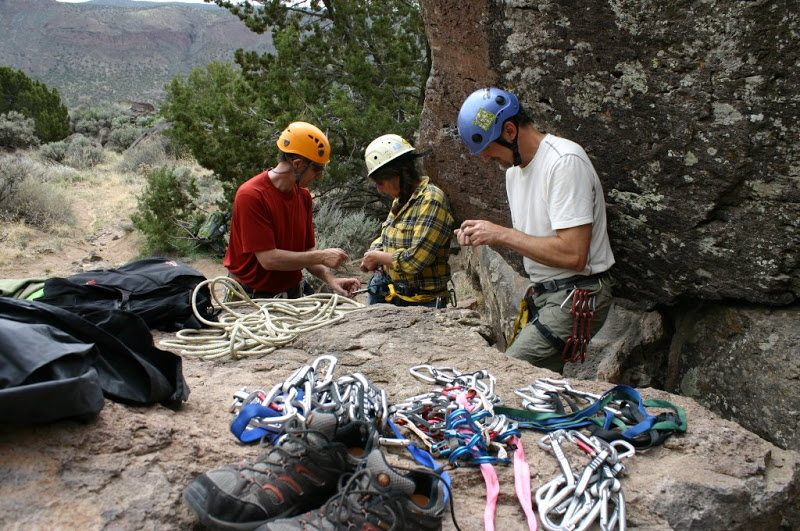 ‘Learning the ropes’ at a Saturday session of the 2012 Climbing School above a cliff called the Gallows Edge. Courtesy/LA Mountaineers 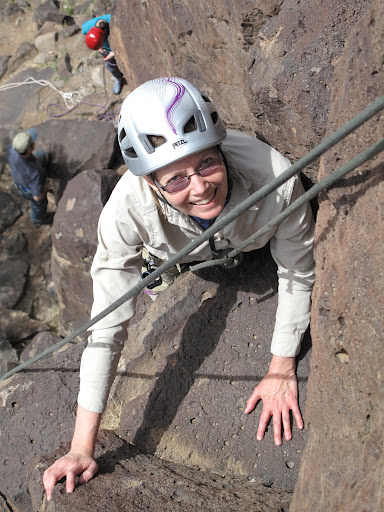 Kate Kettering arrives at the top of a cliff near Pajarito Acres during the 2012 Los Alamos Mountaineers Climbing School. Courtesy/LA Mountaineers 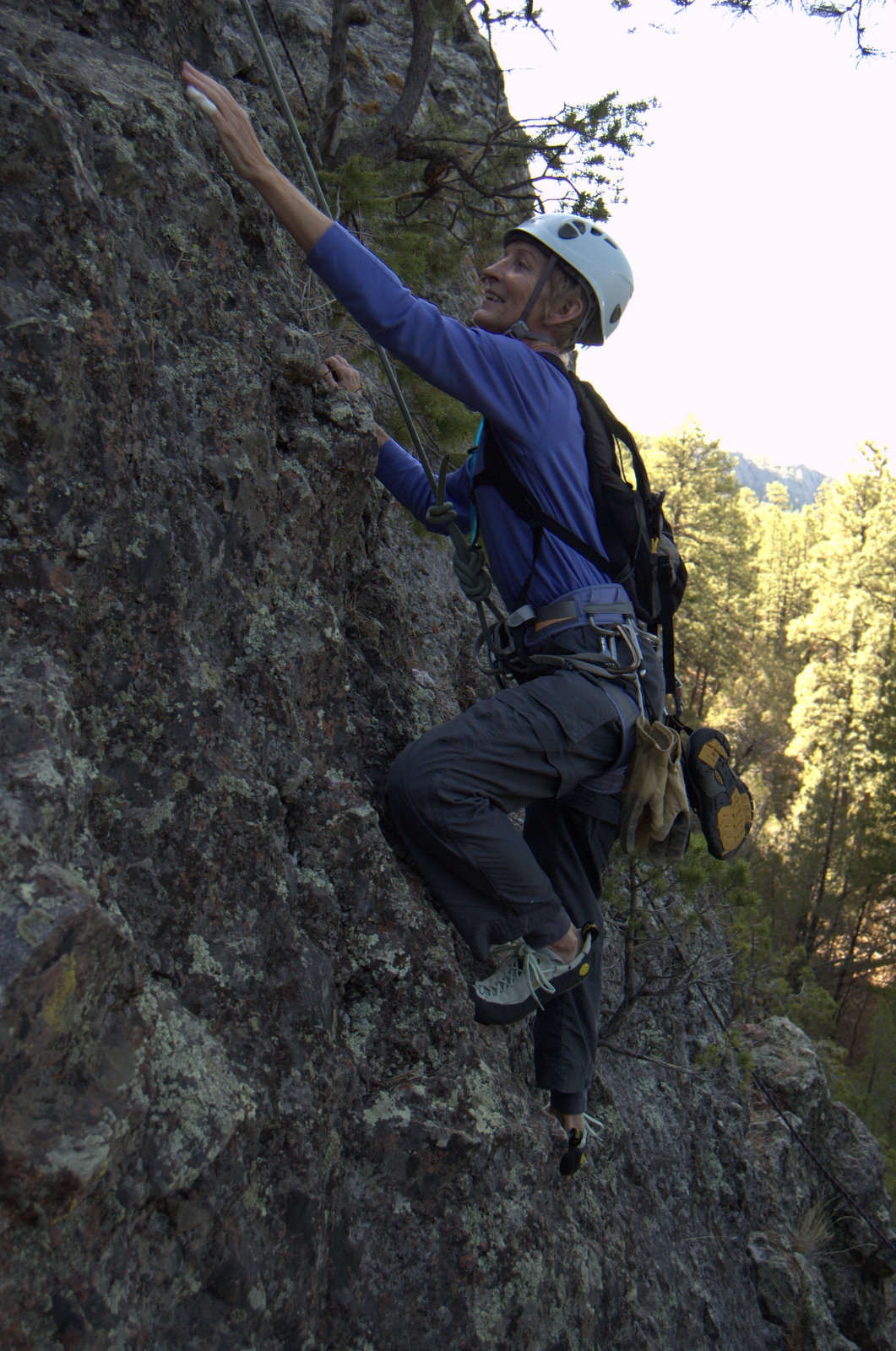 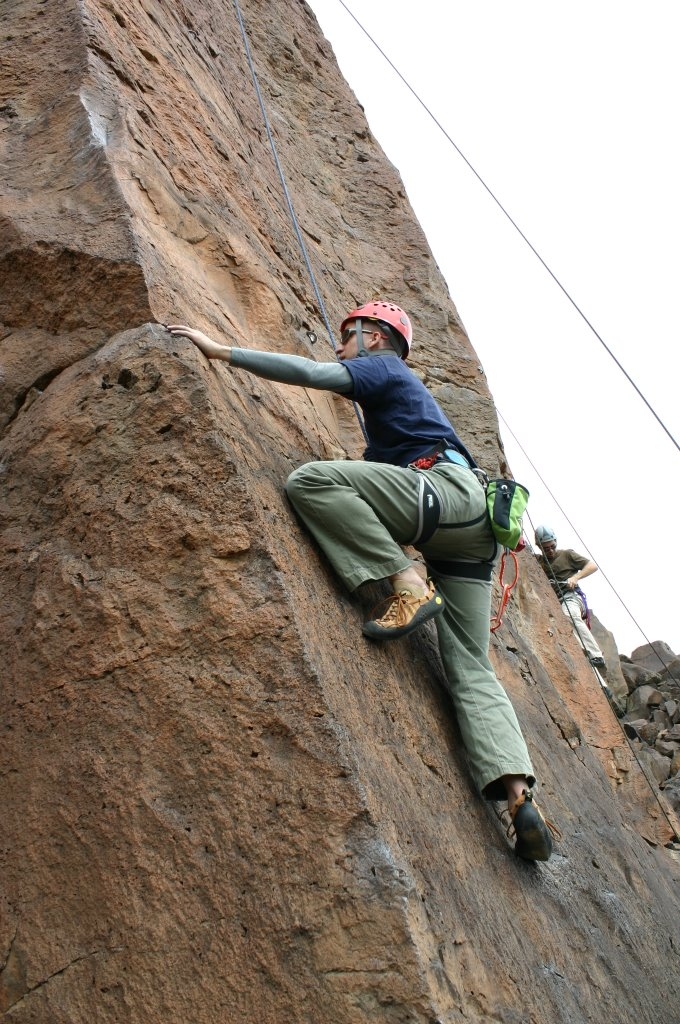 Student in 2012 the Climbing School at Gallows Edge near White Rock. Courtesy/LA Mountaineers