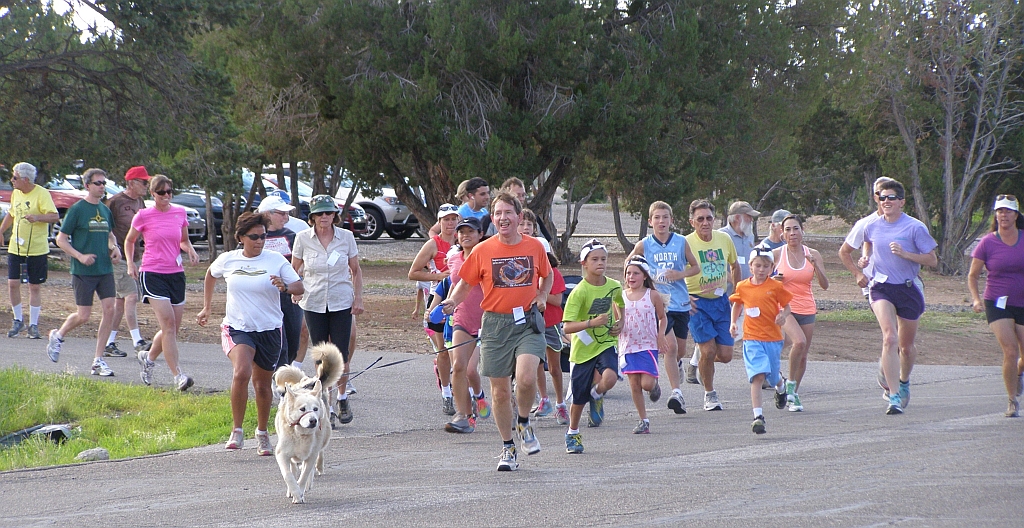 David Kratzer was only two seconds off his predicted time in the weekly pace race held at Pinon Park in White Rock.

The Watermelon Run attracted more than 30 participants including the Triatomics Youth Group and all ran a fast three-mile course.

Other accurate predictors included Ted Romero who was four seconds off and also was the top finisher in the three mile run with a time of 19:38. Roxana Candia had a six second differential followed by Tom Sandford at 12 seconds off.

Jacob Thompson was the fastest finisher on the one mile course at 6:27 and Reynie Benelli was the best female with a time of 7:39.

On the three mile course, Laura McClellan was the top female at 22:50.

Next week’s race will be held at 6 p.m. Tuesday, Aug. 6 and will start near the traffic circle by the tunnel under San Ildefonso Road and the race will proceed through Bayo Canyon. For more information, call 672-1639 or visit the Club’s website at: www.atomicrunners.com.