Kids Become Inventors and Engineers at Build It! 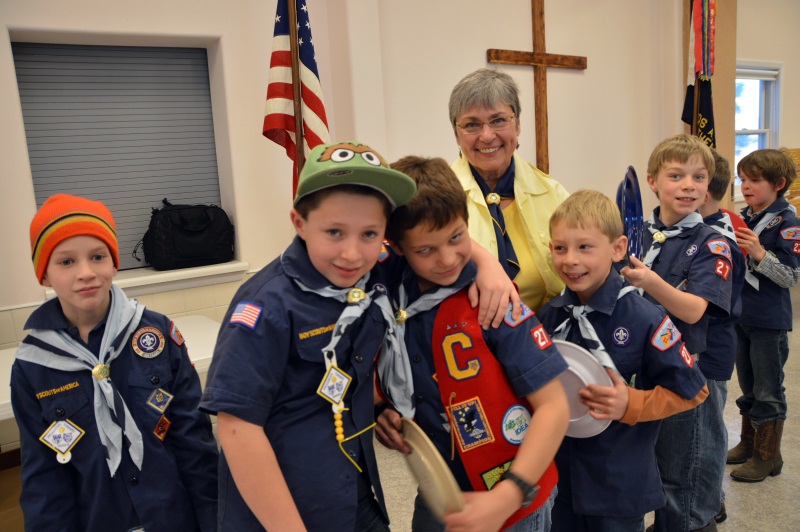 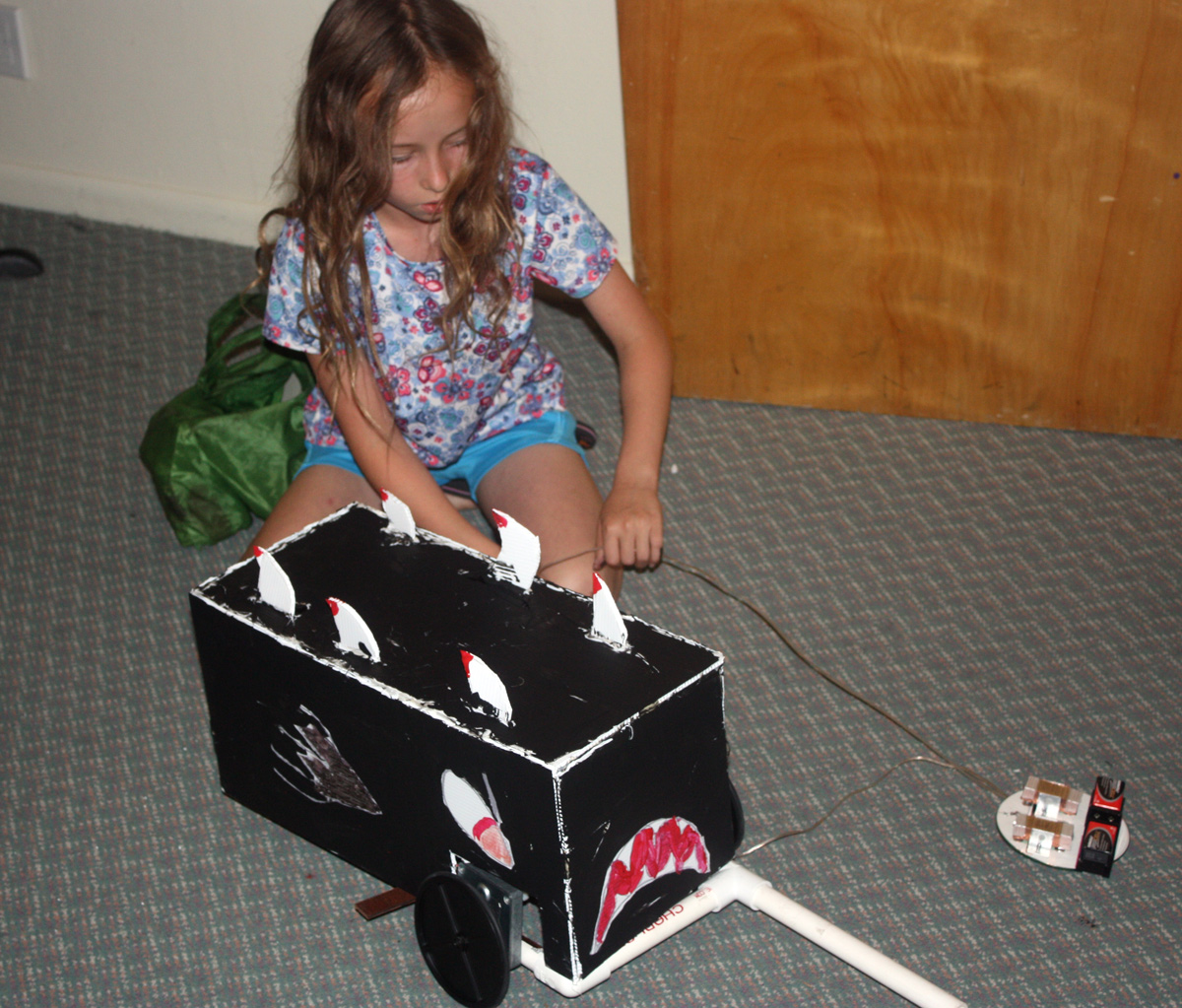 A camper puts her robot through its paces at the 2013 Build It! camp in Los Alamos. Photo by Bonnie J. Gordon/ladailypost.com
By BONNIE J. GORDON
Los Alamos Daily Post

“It’s like engineering school for kids, only without any pressure and all for fun,” Director Michael Sheppard said. “This is a STEM [science, technology, engineering and math] program. It’s a lot more than just hanging out at the pool.”

The  Big Sky program has been operating in Santa Fe for 18 years, offering a variety STEM programs and last year, they brought their popular Buid It! Camps to Los Alamos for the first time.

“We’re a local nonprofit camp,” Sheppard said. “We don’t use canned programs such as LEGO robotics. Every program is developed in house. It can take hundreds of hours to design a project. Our projects teach kids resourcefulness. They can go to the hardware store, come home and build extraordinary things.” 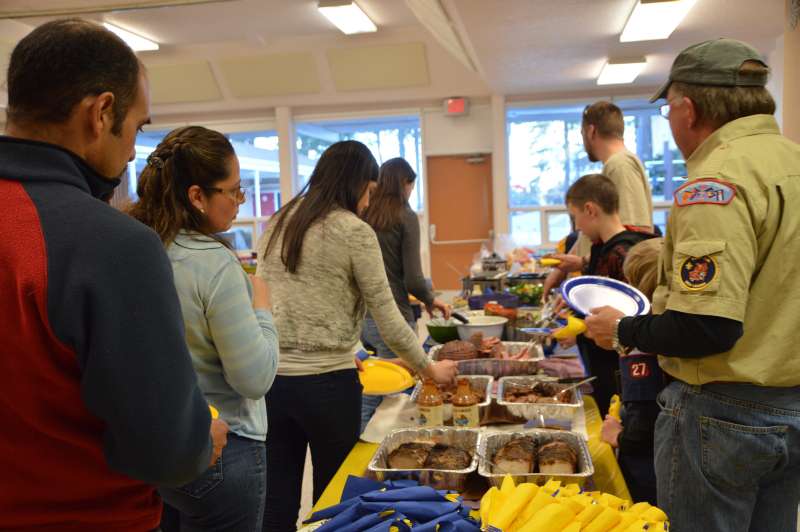 “Every four to six campers work in a team with a staff member who is a licensed teacher,” Sullivan said. Several Los Alamos teachers elementary school teachers taught last year and more have already signed on for this year,’ Sheppard said.

In addition, campers work with teen mentors. This aspect of the program is one of the things that make it unique. “Young teens quickly work their way up to paid positions as mentors, where they learn to teach and to design programs,” Sheppard said.

The teens collaborate with the adult staff to design projects that will truly engage kids as well as teach them skills. Also, having a role model closer to their own age is extremely helpful in engaging the campers, Sheppard said. The teen interns learn from the adult teachers how to pass on knowledge and skills, as well as how to develop workable projects for the camps.

As students get ready to build their projects, they brainstorm together before going into the workshop to get hands on experience building something.

Projects are designed around a theme. This year, 5-6 year-olds will have the options of My Robot, Jedi Training Camp and Race to Space projects. Campers can build a working robot, solder a light saber or create a rocket and launcher—and much more. In addition to Jedi Training Camp, which involves movie making as well as engineering, 7-8 year-olds can build marshmallow cannons, or create their own music machines. Older campers can create their own Pong arcade game to take home, build a stereo jam box, or make the classic Big Sky grape cannon and target.

Because of the close level of supervision and experience of the mentors and teachers, Build It! can offer truly challenging projects. Five-year-olds learn to solder and 13-year-olds are fully engaged by robotics, engineering and electronics projects that really make them think, Sheppard said.

Safety is a huge issue at Build It! since campers work with sharp tools and materials that could be dangerous.

“Our teachers and mentors receive extensive training in the proper use of safety equipment and the proper and safe use of tools and materials,” Sheppard said. “Children learn to follow rules and look after one another. “This is an initiation into real laboratories and workshops.”

Learn more about Big Sky Build It! camps in Los Alamos and Santa Fe at http://bigskylearning.com/. Offerings in Santa Fe are more extensive and include more workshop topics. They run all summer.  In Los Alamos, camps take place the weeks of July 7, 14 and 21 at Bethlehem Lutheran Church. 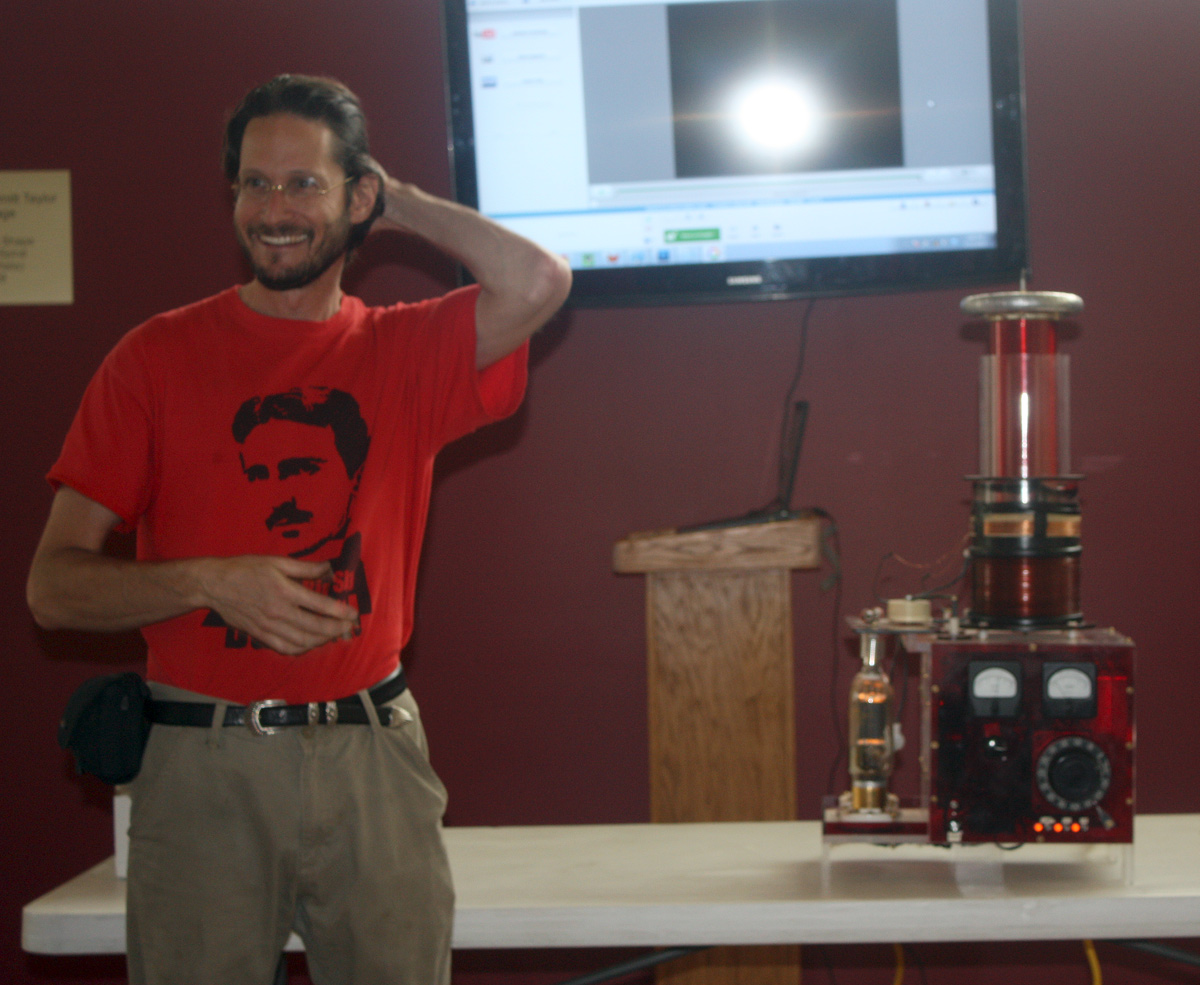