Khalil Spencer: Why Have Rifles And Shotguns In Gun Safes At Schools? 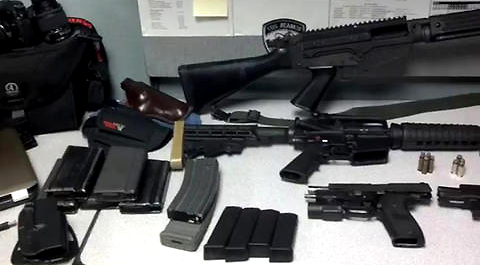 There have been several letters (example) sent to the Post either questioning why the police and school board did not ask for public input into placing secure firearm storage in the schools, or objecting to such placement. Perhaps a public hearing for the purposes of educating the public and soliciting public input is a good idea. My read is that the reasons to provide quick access to weapons heavier than the traditional police sidearm are several.

The carnage of Columbine drastically changed police tactics when responding to a mass or active shooter. Traditional police tactics at the time of Columbine involved first responding officers securing a perimeter and waiting for a SWAT team to arrive. But Columbine was not a traditional hostage situation but a mass shooting; this tactic simply gave the shooters more time to kill people. Presently, many police forces stress that first responding officers actively engage and eliminate the threat as soon as possible in order to save lives.

This, of course, puts the first responders at tremendous risk. A 2014 study, “The Police Response to Active Shooter Incidents”, put together by the Police Executive Research Forum indicates that when a solo officer enters an active shooting situation while the shooter is still firing, in three quarters of the situations the officer directly engages the shooter and in one third of those situations the first responding officer is shot.

Thus, responding officers do not want to be outgunned as they take on these risks. In the case of Columbine, the first officer on the scene, a school resource officer, attempted to engage Harris and Kleibold with a sidearm while they responded with rifle fire. This is not surprising; the 2014 study indicates that roughly a quarter of shooters have rifles (think Newtown, Dallas, TX and Orlando, FL) and some have multiple weapons (Virginia Tech). If a responding officer cannot rapidly and safely obtain adequate firepower, not only is the officer at even greater risk but so are trapped victims. One police training guide written for a large police organization specifically calls out that first responding officers to an active shooter situation should not be outgunned and should, at a minimum, be equipped with a rifle (AR-15, Mini-14, etc.) or shotgun with slug rounds.

As far as likelihood? Mass shootings are becoming more frequent and occur where you would not expect traditional crime: Newtown, Aurora, and Columbine are three examples. That Los Alamos resembles Lake Wobegon does not immunize us. Indeed, it has not been that long since a local youth went on a burglary rampage and was in possession of multiple assault style rifles and handguns (for those who worry about guns being stolen from a school safe, there are obviously much softer targets around). He was later arrested when he violated parole and entered school grounds. Thankfully, he did not do so for homicidal purposes.

While a school shooting is unlikely, it is not out of the question and this attempt by police to securely cache weapons has been proposed so first responders can be prepared for a worst case scenario. But having tactical weapons is not the only line of defense here. School personnel and police must train and be familiar with how to respond to specific active shooter situations. Coordination between law enforcement, school personnel and other first responders must be drilled. But most importantly, we in this community must understand these events and dedicate the emotional and mental health resources needed to ensure that none of us, and none of our children, ever take on the distorted point of view of an active shooter.

So let’s make sure these weapons are truly secure and responders properly trained in emergency response. But let’s not get too myopic and only think about the pros and cons of gun safes. There are a lot of other considerations we need to address in order to ensure those safes merely collect dust.