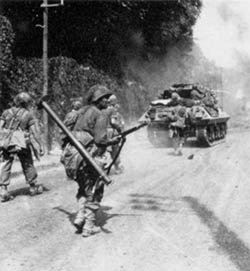 Steve was in an electric wheelchair at the time and I offered to drive his specially outfitted van to the Amigos board meetings in Santa Fe each month. During these drives, Steve would tell me wonderful stories about his time in Los Alamos and about his military experiences.

I loved his stories about his explorations around Los Alamos. His military experiences were also facinating. Steve fought in the Battle of the Bulge during World War II. He served with honor and received a Bronze Star, a Purple Heart and a Combat Infantry Badge. Steve was a serious man, but also had a lighthearted side.

On one particular drive, Steve told me a story that I found just hilarious. We both had a good laugh when he finished the story. I thought that he would not mind if I shared it with our readers today.

Near the end of World War II, Steve was part of a tank crew in Europe. On this day he was in the tank. The tank was part of a huge convoy line of tanks chasing the Germans out of France. The tank convoy was literally miles long. At the head of the convoy were the commanding officers. Steve’s tank was quite a distance back in this very long column of tanks.

The leaders of the convoy passed through a small French town where the citizens, who were now liberated, cheered wildly as the Americans passed through. People were singing, towns folks were toasting the Americans with wine, ladies were kissing the soldiers, couples were dancing in the streets and flags were being waved frantically.

It was quite the scene, according to Steve, one he would never forget.

The convoy had been traveling quickly and for many hours in pursuit of the Germans, who were abandoning the French countryside in full retreat.

Suddenly, the convoy of tanks came to a halt. The officer in charge of the convey, who was near the front of the line, decided it was time to take a relief break, now that they (the vehicles in the lead) had cleared the town and were back in the forest.

Unfortunately for Steve and his crew, their tank was smack dab in the center square of the small  French town when the column came to a halt.

Steve’s crew stopped their tank, along with the other tanks in the column. Steve and his crew climbed out to the complete adulation of the local population. The soldiers were the recipients of handshakes, kisses and cheering.

Now remember the crews had been in their tanks for many hours in pursuit of the Germans, who were rapidly retreating. Steve and his crew would only have a few minutes before the lead officers up front would have completed their “business” and would start the convey moving again.

Standing in the town square, Steve and his crew looked at each other and then at the cheering crowds. No one knew when they would get another break to “relieve” themselves. At this point the soliders desperately needed to take care of “business” and so, well … they all did.

The towns’ folk began to realize what the soldiers were doing in their town square and the mood suddenly changed from one of complete euphoria to one of utter disgust. The French people were aghast at the incredibly rude Americans who had apparently driven into their town, stopped, looked around and decided it was a good place to take a leak.

The whole scene was beyond everyone’s comprehension.

After a few minutes, in this very awkward situation, word came down that the officers up front were thankfully moving the column forward once again.

The soldiers now faced the angry, jeering French citizens. They climbed quickly back up into their tanks, started their engines and continued their rapid movement out of the town. The celebration was over and the French people stared, dumbfounded, as the Americans drove away.

“Now that’s quite a war story,” I told Steve. 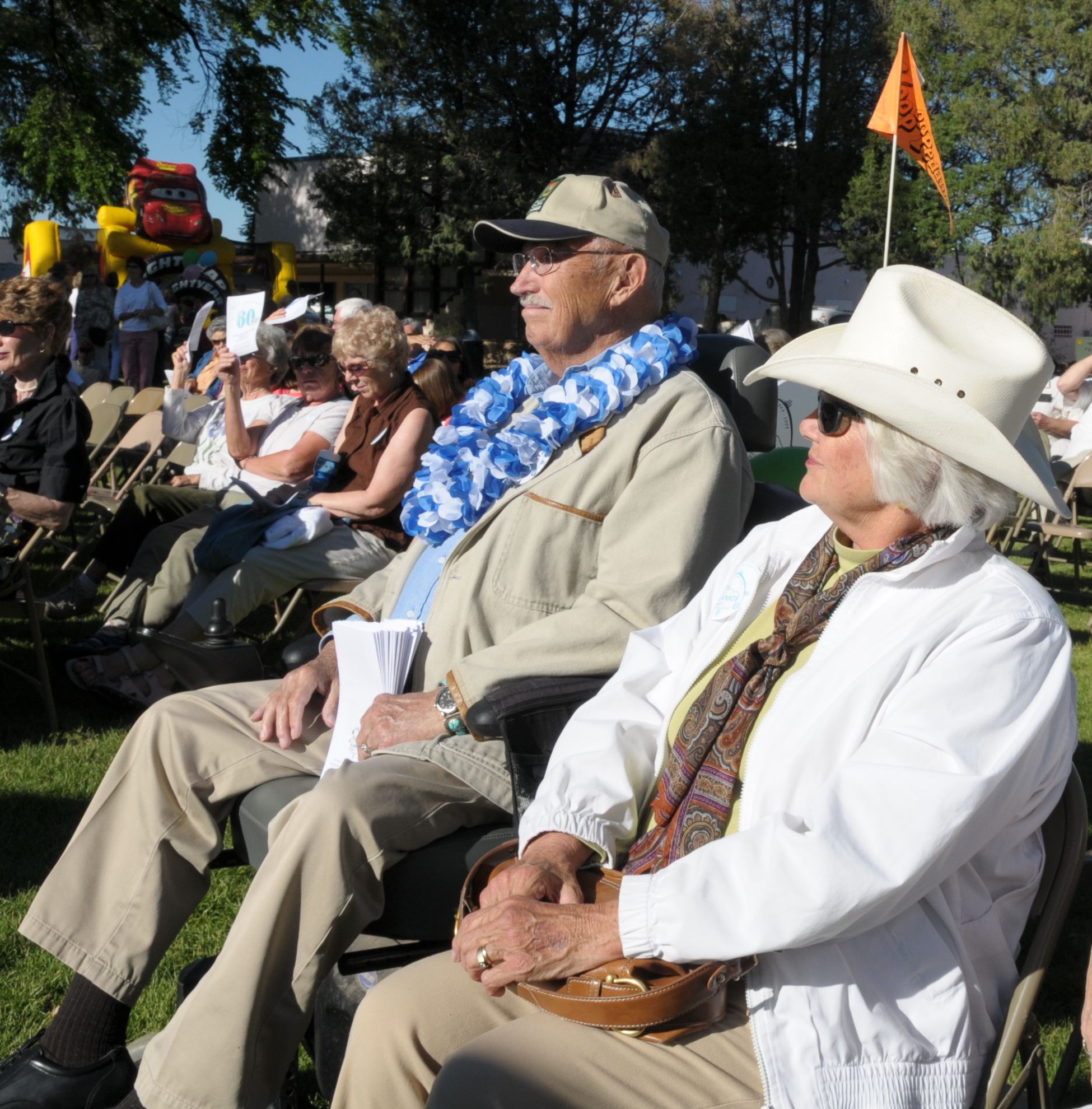 I will miss seeing Steve at community events. He was a great guy, told entertaining stories and was always happy see everyone. I am thankful that I was able to get to know him during our drives together.

One day I hope to see you again, Steve, and listen to more of your stories, but not too soon!