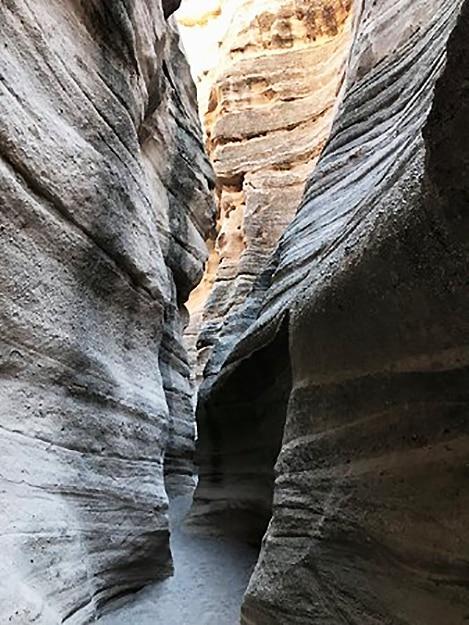 ALBUQUERQUE ― The Bureau of Land Management and Pueblo de Cochiti have announced that Kasha-Katuwe Tent Rocks National Monument has been named a winner in the inaugural TripSavvy Editors’ Choice Awards in the 2018 Beaches and Natural Attractions category.

The TripSavvy Editors’ Choice Awards takes a two-pronged approach to choose winners: a combination of data and real, human vetting to recognize the very best restaurants, hotels, and attractions across the world. According to Trip Savvy, from a pool of over 60,000, only two percent of businesses, including Kasha-Katuwe Tent Rocks National Monument, passed TripSavvy’s editors’ rigorous testing and standards.

“Kasha-Katuwe Tent Rocks National Monument,” TripSavvy General Manager Molly Fergus said. “impressed our seasoned TripSavvy editors and writers, who were tasked with highlighting the most special, noteworthy, and trustworthy businesses around the globe. The winners on this list are truly exceptional.”

The National Monument, on the Pajarito Plateau in north-central New Mexico, consists of cone-shaped rock formations – the by-products of volcanic eruptions that occurred 6 to 7 million years ago, leaving pumice, ash, and tuff deposits over 1,000 feet thick. It is for foot travel only, and contains two segments that provide opportunities for hiking, birdwatching, geologic observation and plant identification, as well as a national recreational trail.

“We are very pleased to be recognized as an outstanding natural attraction,” BLM Albuquerque District Manager Danita Burns said. “The BLM manages the Monument in cooperation with the Pueblo de Cochiti, and are excited to share this honor. We hope it will inspire responsible and respectful visitation.”