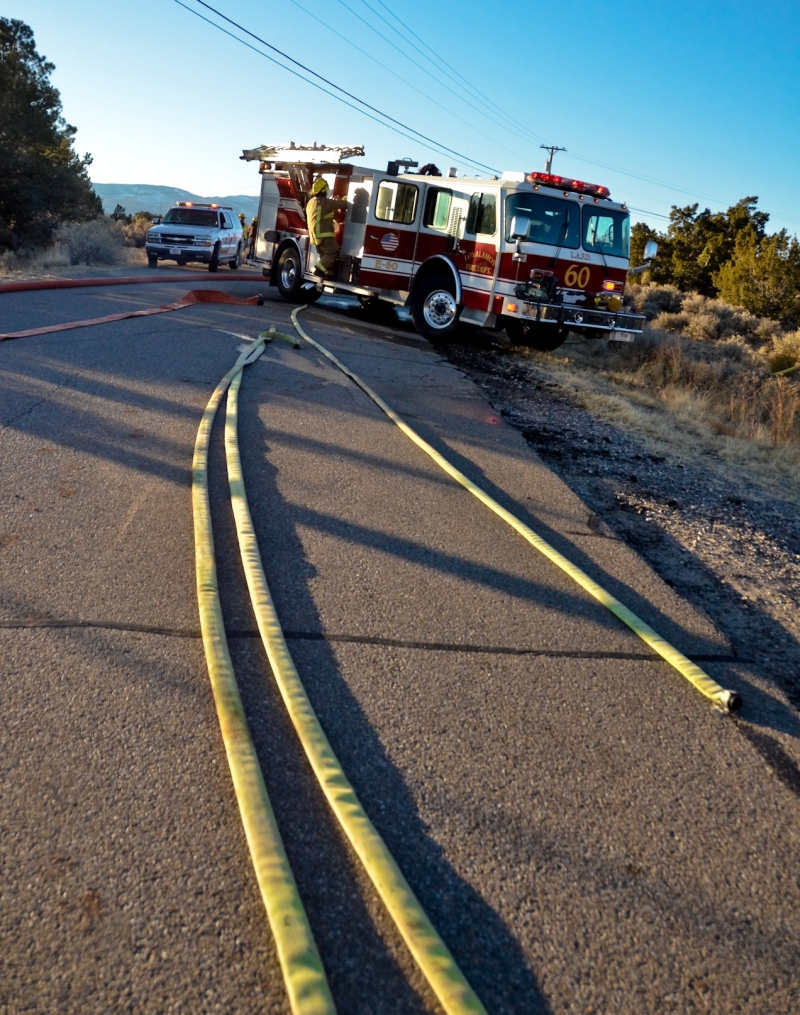 The Fire Department hauled out its big hose to feed water from a supply hydrant to a pumper truck in order to douse flames burning an abandoned chicken coop in Pajarito Acres Thursday. Photo by TK Thompson/ladailypost.com 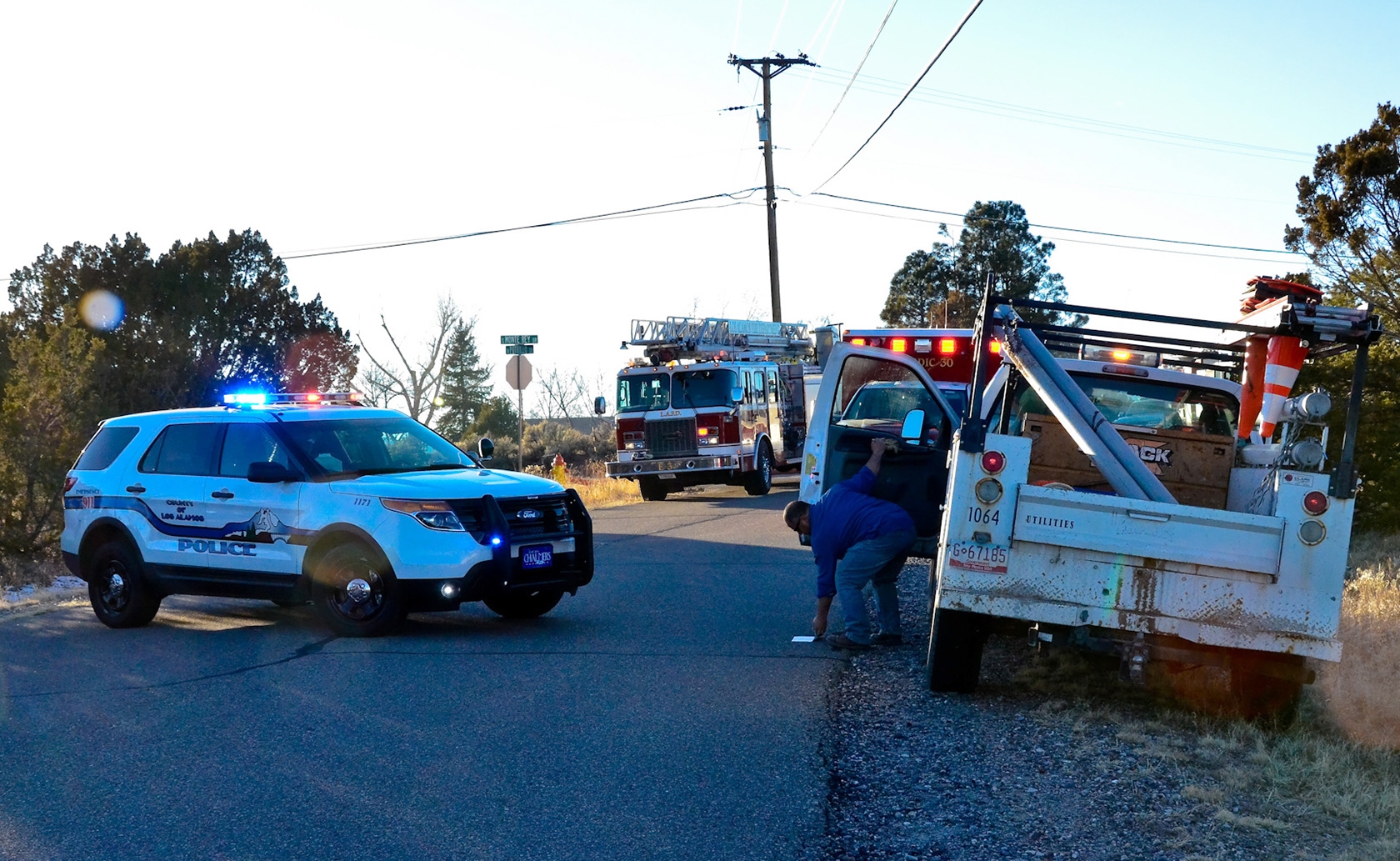 Police blocked the roadway and the County Utility Department stood by in case it was needed. Photo by TK Thompson/ladailypost.com
By CAROL A. CLARK
Los Alamos Daily Post
Los Alamos Firefighters knocked down flames burning an abandoned chicken coop at 140 Monte Rey South about 4:30 p.m. Thursday in Pajarito Acres in White Rock.
A juvenile playing with matches is reported to have accidently set off the blaze in the old 15′ by 15′ chicken coop.
There were no chickens harmed or injuries reported to anyone at the scene as a result of the fire.
“We are just glad the boy wasn’t hurt,” Deputy Fire Chief Justin Grider said. “This is the kind of thing that can turn tragic real fast.”
Grider said that the majority of the fires LAFD has responded to over the last six months have been started by juveniles playing with matches and lighters.
“We really want to urge parents to speak with their children to remind them of the extreme danger involved in playing with matches and lighters,” Grider said. “We are in a drought, which makes it even more dangerous.”
Grider commended both the firefighters and the local police officers who responded to Thursday’s fire.
“Their quick actions kept that fire from spreading to neighboring homes,” he said. “It’s an honor for me to work with the men and women of the Los Alamos Fire Department and the Los Alamos Police Department who together do such an outstanding job of protecting our community and keeping it safe every day.” 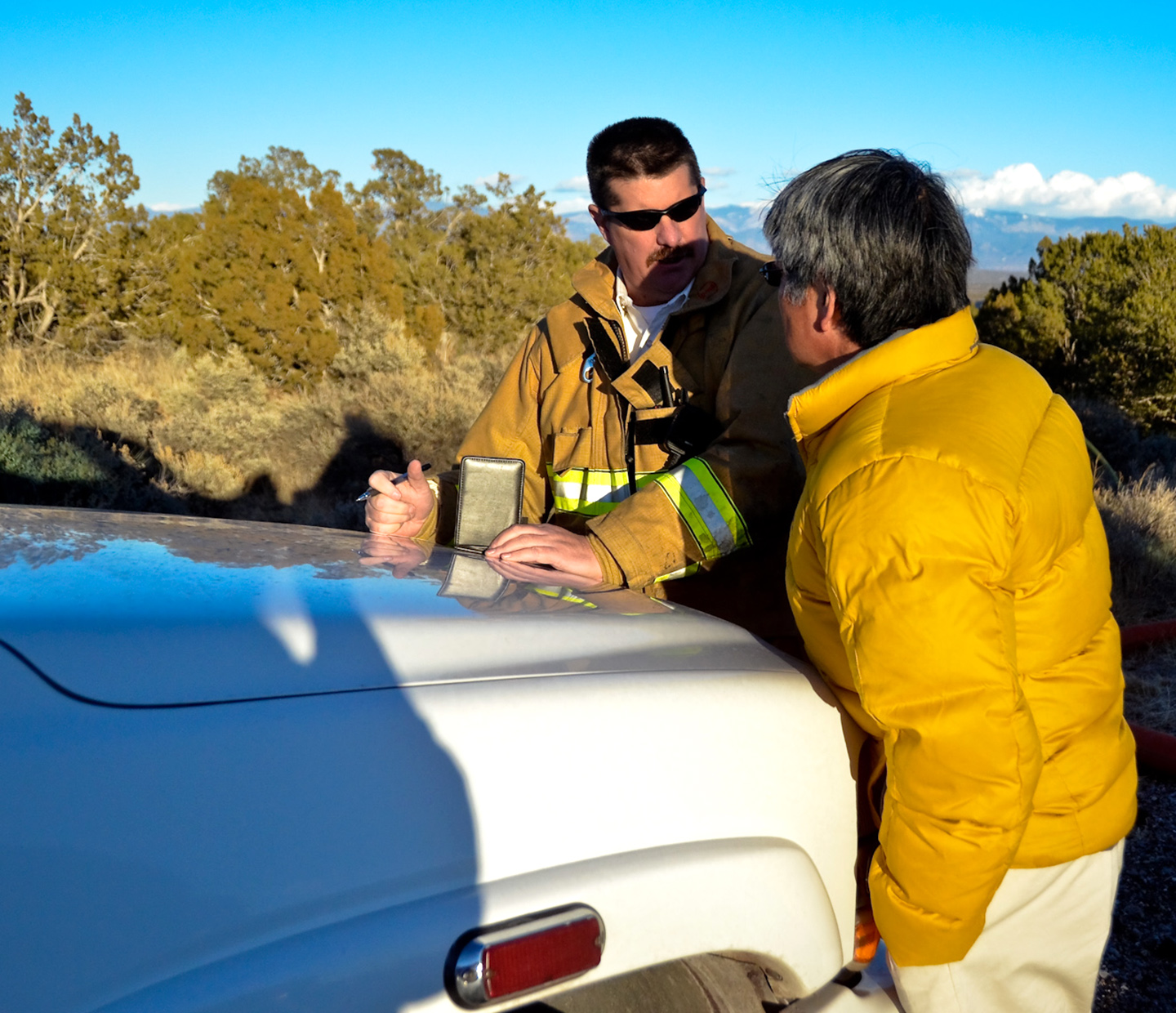 Fire Marshal Brian Nickerson begins the investigation into the cause of Thursday’s fire. Photo by TK Thompson/ladailypost.com 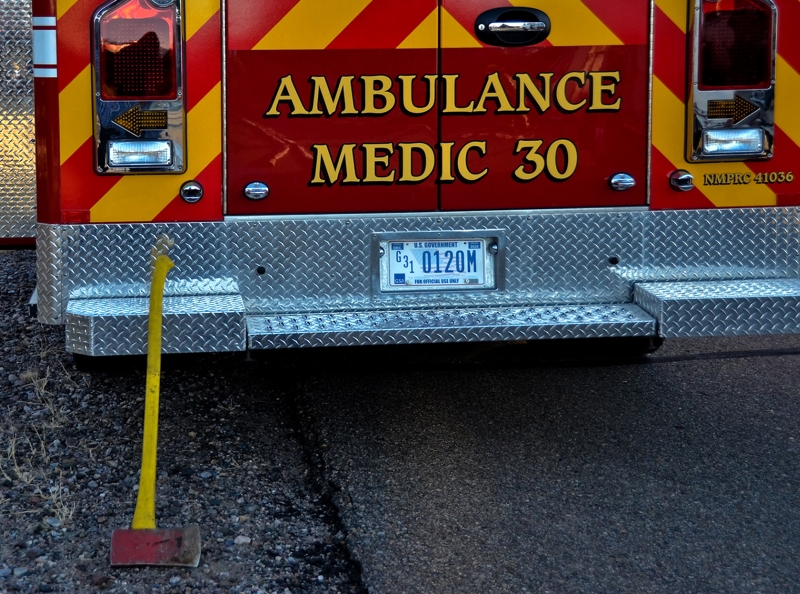 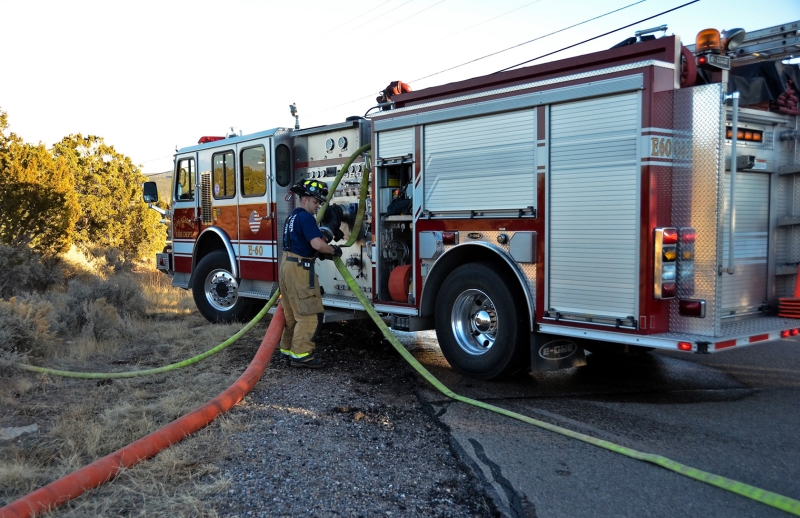 Putting the fire hose away after finishing the job. Photo by TK Thompson/ladailypost.com
Menu
LOS ALAMOS