Just One Thing To Do This Week: Rise 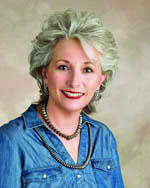 My heart is heavy with sadness for the lives lost at the white nationalist rally in Charlottesville. A helicopter patrolling during the violence crashed and killed the two state troopers on board.

Heather Heyer was a 32-year-old paralegal who showed up to peacefully protest. She was killed by a self-professed Nazi-sympathizer who drove his car into the crowd, injuring many others. Some vile acts of violence can’t be anticipated by those with healthy minds.

Years ago I was a political activist. I participated in actions all across the United States attempting to support legislation designed to create a level playing field for all people, and at other times to help move the nation toward a healthy, peaceful, and productive future.

I was an organizer of major protests and nonviolent actions. I worked closely with a team that included local and federal authorities to organize demonstrations that were legal, safe, and peaceful. There was an easy and comfortable relationship with law enforcement. Back in that day, there was training in Gandhian Nonviolent Principles for activists that, while not required, it was strongly encouraged, prior to participating in an action. The minimum training was an all day event, and weekend long workshops were also offered.

The nonviolence training gave potential protesters an opportunity to understand the core expectation of the action, the goal of the action, and the legal ramifications for those who participated. Potential protesters would learn what to expect from law-enforcement, officials, counter-protesters, and themselves. It helped people to decide whether or not they would participate in an action. Those who were risking arrest would recruit a support team, so if they were arrested, there were people who knew where they were and could act on their behalf while they were detained.

The training provided skills for staying alert and safe during times of high emotion and volatility. I have gone face-to-face with this ugliness. The roof of my car was beaten with a bat while I cowered inside.

The aggressor found my bumper sticker and political beliefs worthy of a beating. I am extremely concerned for all the well-meaning individuals—particularly in this day and age—who show up at a protest with a poster board and a heart filled with peace and empathy and think that love will simply win the day.

White supremacists their ilk have been sequestered in basements and kitchens for decades breeding their hate and violence in seething kegs dysfunction while they plotted and planned for their opportunity to seize the day. I am afraid their day has finally arrived. They are emboldened to act out as their leader acts out and it has placed the whole nation in danger.

For the last several years our nation seemed to be trudging slowly in the right direction, a direction of inclusion, responsibility, equality. So I thought my days as a political activist were behind me. I guess it was just a brief reprieve, a respite, and I became just a little too comfortable in my self-absorption. The events of recent days and months have challenged my political lethargy and I must rise from my comfortable cocoon of denial. Damn it.

I am the reluctant activist.