Just One Thing To Do This Week: Realize It Could Be Worse… 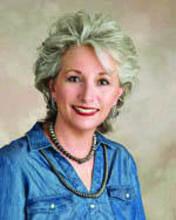 By MARY BETH MAASSEN
In years past we would frequently take our dogs whenever we traveled by car. We enjoyed the road trips and our Poodle and our Portie would lay contentedly and cooperatively in the back seat. Then we adopted the Plott Hound.
Prior to our adoption, the Plott was found roaming on Orange Street. He was captured and detained at the Los Alamos Animal Shelter. From the animal shelter the Plott would howl, and howl, and howl. My husband heard the howl from the dog park and decided to investigate. It was love at first sight. The Plott is an exceptionally handsome (and loud) dog. “How could anyone abandon him?” my husband asked. I had a few ideas…
The Plott did not travel as well as the other two dogs. Instead of laying quietly in the back seat he would roam the car and howl and howl. He would climb into the back and on top of the suitcases and boxes of supplies, then he would climb into the back seat and on top of the other two dogs, which made them testy. Then he would try to climb into the front seat and into the drivers lap. The Plott is a lean 70 pound dog with long legs and a lot of drool. It was a dangerous situation. We installed a dog guard and created a special safe place for him in the back, it stopped the roaming but not the howling. But he wouldn’t howl the whole trip, only for the first 12 hours or so.
At the time we were making frequent road trips to Florida, and we would take all three dogs. There was no listening to music, no listening to books on tape, and certainly no conversation, just the howl of the Plott Hound. To say this made us all a little irritable would be an understatement. But as regular as clockwork the Plott would finally settle down a few hours east of Dallas.
On this particular trip, about the time the Plott settled down, the Poodle pokes his head into the front seat. “Awwww!” I say, “Here is a little Poodle love.”
I am driving. My husband rubs the Poodle head and tells him what a sweet (and quiet) dog he is. The Poodle leans forward, pushing between the seats, looking for more attention. Then he starts to climb into the front seat. My husband tells him to lay down, to get back, but it doesn’t work. The Poodle is also nearly 70 pounds, and very fluffy. He takes up a lot of space. He is suddenly pawing wildly and climbing into my husband’s lap. “Not now, Buddy!” my husband tells him. But he continues to climb through the seats and onto my husband’s lap.
The dog is clearly distressed, and so I am trying to pull over, but the interstate is packed and I am surrounded by semi-trucks. The Poodle is clearly agitated when my husband starts to shout. “He is crapping all over me, he is crapping all over me, pull over, pull over!”
I make it into the emergency exit lane and my husband jumps from the still moving vehicle. He is covered, from his chest to his feet in stinky, runny poo. A highway patrolman immediately pulls up, gets out of his car and starts to approach to see if we need assistance. As soon as he realizes what has happened he covers his face with his hands, either because he is laughing or gagging … I am not sure which.
At this point we realize a dog with a bowel problem is way worse than a dog with a howl problem, and we are blessed with both.
Menu
Los Alamos
28°
Fair
7:13am5:16pm MST
Feels like: 28°F
Wind: 0mph W
Humidity: 40%
Pressure: 30.18"Hg
UV index: 0
MonTueWed
46/28°F
45/28°F
41/27°F
Weather forecast Los Alamos, New Mexico ▸