Just One Thing To Do This Week: Patience 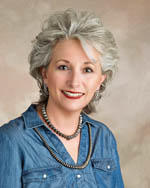