Just One Thing To Do This Week: Encourage The Young 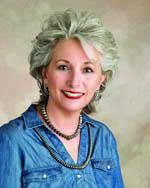 However this particular concert was not-for-profit, and able to bypass Ticketmaster. Instead fans entered a postcard lottery for tickets to the show. There were more than 175,000 entries for the 6,000 seats. If you were one of the lucky 6,000, you had to show up at a designated time, with your personalized postcard, government-issued ID, and two other official documents confirming your address.

Jeannie was only 15 years old, and with the exception of her personalized postcard, she did not have any of the other required paperwork. But she was a dedicated Pearl Jam fan. She waited for two anxious hours in the rain, worrying she would walk away without her tickets.

The box office folks handed over her personal documents to me, along with her seat assignments. I would find her shortly before the show later that evening and return her items to her. I sat backstage, looking through the documents for a phone number so I could call and let them know I had her items and would return them. There was not a phone number anywhere.

The road manager for Pearl Jam—I seem to remember his name was Mike, but I could be wrong—came looking for me to resolve some problem and as we chatted I told him the story of Jeannie, and her letters from summer camp.

The next thing I know, the members of the band were writing notes of encouragement on her report card, inscribing “Wish we could have played at your Bat Mizvah!” on her engraved invitation, and they asked me to bring Jeannie backstage after the show so they could meet her.

Later that night I went to Jeannie’s assigned seats. There she sat, next to her best friend.

“Are you Jeannie?” I ask. “I have your paperwork you left at the box office.”

“No, it is right here.” I assure her. “But, when I was looking through it for a phone number, some of the guys from the band, they were kind of helping me, and they wrote on some of your letters and your invitation. I hope you aren’t upset, I know these are personal things.”

Jeannie’s eyes grew wide, teary. Her friend reached over and clutched her arm tightly. I started handing her the items one at a time, so she could read what they wrote on each page.

“Really?” Jeannie said, over and over, “Really? Really?”

“And,” I said, “Eddie and the band would like for you to come backstage after the show, just for a few minutes, so they can meet you and thank you for being here.”

But Jeannie couldn’t hear me. She was screaming and crying. Her best friend was alternately hitting her arm and hugging her arm. Sheer delirium.

When I think about random acts of kindness, this memory of Jeannie frequently pops up. It was a sweet, impulsive gesture on the part of Pearl Jam that must have been encouraging to a young woman with initiative and determination.