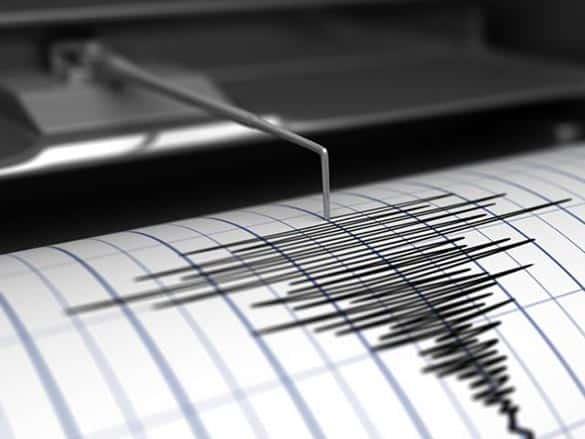 SIMMSA described the tremors as an “artificial” quake.

And a few hours later:

SIMMSA later posted an analysis of the event on its site.

The Guardian reports that Thousands of fans, waving Mexican flags and wearing traditional “sombrero” hats, gathered at the iconic Angel of Independence monument in downtown Mexico City, to watch the match on a giant screen in front of a towering cathedral.

Seismologists note that there were two earlier recorded instances of “footquake”: In Cameroon during the 2006 African Cup of nations final, when Cameroon scored the winning goal against Ivory Coast (see here); and in Barcelona, Spain, in 2009, when Barcelona beat Manchester United in the 2008-2009 Champions League final, when Barcelona scored the second, decisive goal (the game was played in Rome).

As to the game itself: Mexico’s 1:0 defeat of Germany was one for the ages. As Barney Ronay’s writes in the Guardian, describing Lozano’s goal in the 36th minute: “Every World Cup brings goals and moments that feel as if they’ve been seared into the memory. This was another for the hard drive.”

It was not only the victory – it was the manner of the victory. The sheer pace, energy, and drive of the three Mexican forwards – Carlos Vela, Javier (Chicarito) Hernández, and Lozano – confused and frustrated the German players, and exposed the serious tactical mistake made by the German coach Joachim Lowe: The decision to play with two attacking midfielders (Kroos and Khedita), rather than having a defensive midfielder to help shield the defense’s back four.

In the opening 40 minutes [Joachim] Löw’s [Germany’s head coach] team had been ambushed here, the world champions run into a state of breathless trauma by a thrillingly vibrant Mexico attack.

With a quartet of forward-facing players in the starting XI Germany had begun by leaving huge open spaces at the back of midfield, into which Mexico’s three-man attack poured like a green-shirted piranha swarm.
….
What a game this was in those early minutes. Germany were also agreeably fluid, with a fine natural width. But they also looked like a champion team short-handed heading back towards their own goal. In the event they lacked a proper midfield bolt, with Toni Kroos and Sami Khedira huffing around in pursuit of the whizzing green machine. The center-backs looked flustered, left to deal with three on two as Mexico broke. Löw’s 4-2-3-1 seemed antiquated and creaky, with the old World Cup shark Thomas Müller flat-footed in a wide position.

By contrast Vela, Javier Hernández and Lozano switched positions with a thrillingly malevolent sense of purpose. Three times the Mexican gegenpress drew a scampering counterattack, whirring in on goal only to be foiled by a scudding last-ditch tackle or a last pass just awry. Germany were there for the taking, cut open with extraordinary relish by the Mexico attack.

Had the Mexican forwards been more clinical in their finishing, Mexico could have led 3:0 or 4:0 by the half. But 1:0 proved sufficient for what must be regarded as one of Mexican soccer’s greatest achievements.