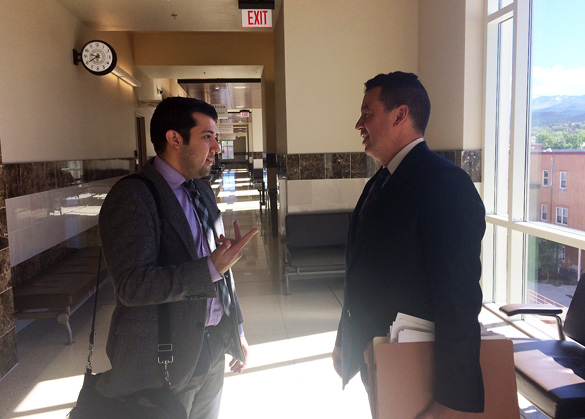 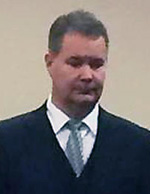 SANTA FE – A judge has ruled that spousal privilege was violated and information on a computer belonging to Scott Mallory as well as any statements made by Mallory to police are to be suppressed.

Mallory was arrested in January 2016 and charged with sexual exploitation of children under 18 years – visual media. In March 2016, he was bound over from Los Alamos Magistrate Court to District Court where he pleaded not guilty at his April 11, 2016, arraignment.

An affidavit filed by Mallory stated that on or about Aug. 3, 2015 he called police regarding a missing persons’ report concerning his wife and stepdaughter. It states that it is his understanding that his wife told Los Alamos Police Det. Matt Lyon that he was “possibly viewing naked photos and/or inappropriate photos on his computer”. Mallory claimed his wife, Natalia Yuschenko had “knowledge of this information and the potential inappropriate photos because he had previously communicated this communication to her. He said the considered the communication to his spouse to be private, confidential, and communicated to her in the course and scope of their marriage and that it was made at a time and place where nobody else was around and “was meant to be kept confidential and without disclosure”.

The affidavit alleged that at the time of Mallory’s arrest, officers confronted him with the confidential information, which had “previously been disclosed to them” by his spouse, and that he was “never told by the officers of the source of the confidential information that the officers had acquired”. It states that at the time of his arrest, he was never given the opportunity to claim spousal privilege.

LAPD incident/investigation reports state that Mallory advised Lyon that he woke up on the morning in question and noticed his laptop missing and that his wife and stepdaughter were not home. Lyon’s report says Mallory told him he had seen them the previous night and that he believed they left of their own accord. He allegedly said they had been arguing the night before and that his Jeep was gone.

A report by Sgt. Det. James Rodriguez states that Mallory’s wife had in her possession a laptop, an external hard drive, and an iPhone that she said contained child pornography, all of which she turned over to police. A search warrant was obtained for Mallory’s laptop and external hard drive which were taken to the New Mexico Regional Forensics Laboratory in Albuquerque. Rodriguez’s report says he reviewed the material the forensics lab found which he described as images of young female teenagers. He said the images “focused on the clothed breast area, while some are child erotica and child pornography”. Rodriguez’s report states that a file containing a diary entry with “sexual references toward a 16-year old girl” was also found.

Judge Ellington said the Court finds that husband and wife were engaged in a domestic dispute.

“As a result of that, based on the affidavit of the officer, the wife left the residence and took her daughter with her as well as the defendant’s computer. The purpose as stated in the affidavit is she knew or believed that he might have pornography on the computer and that she wanted to preserve it. There’s no language in the affidavit as to whether that’s done for leverage of for some other purpose,” he said. He found that Mallory did not have an opportunity to exercise his spousal privilege.

“The basis of Ms. Yuschenko’s knowledge and her reason for taking the computer was based on the communication that was had between husband and wife. The Court finds that Mr. Mallory has now properly noticed that he intends to assert his privilege,” he said.

Mallory’s attorney, Christopher Marlowe said earlier in the hearing that Mallory had communicated the knowledge of the photos to his wife in early 2015. He said the two had gotten into an argument because Mallory was communicating with his ex-wife, that Yuschenko was upset and she took his computer and her daughter and left. He said Mallory is employed fulltime at Los Alamos National Laboratory and his computer had his work product and issues on it.

Marlowe said Mallory was never told when he was questioned by police about the photos that this was “something his wife had told them”. He said Yuschenko was the only one who knew about the alleged images “which was the whole issue of taking the computer because she was angry with him for communicating with his ex-wife”.

Marlowe said Assistant District Attorney Kent Wahlquist he had indicated that the State was going to bring several witnesses to the hearing but that the State had informed him that morning that it didn’t have any witnesses. Marlowe said it’s not like Yuschenko stumbled upon the photos.

“There’s a reason why she took the computer with her. She knew all along there were photos on the computer,” he said.

Deputy District Attorney Michael Nunez, standing in for Wahlquist, said there was no privilege for Mallory to state.

“There’s no statement made that would be privileged even if she knew of potential pictures from previous disagreements. Her then finding these pictures in the trash bin in his computer when he is not with her is not a statement, not a communication. It’s an action by her. She is finding something,” Nunez said.

He said there was no communication, that Yuschenko got on the computer herself, that she knew or did not know at that point is irrelevant because Mallory was not there telling her where to find “these secret photos”. He said when Yuschenko told the police what she found, she was merely saying what she found which is not disclosing any statement made by Mallory. He said Yuschenko’s daughter was there when she opened the photos, and that “if this was really intended to be confidential”, Mallory would presumably have had her open them in private while she was by herself.

The State has until the end of this week to file an appeal of Ellington’s ruling and it is not yet known if Wahlquist intends to do so.