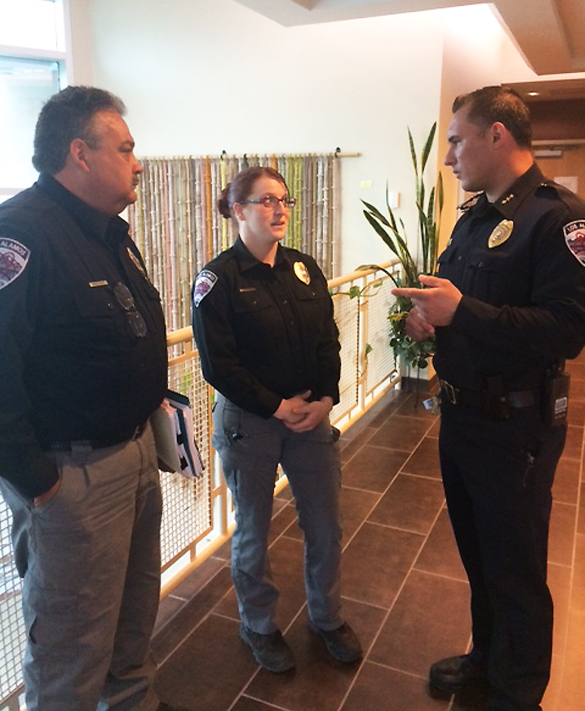 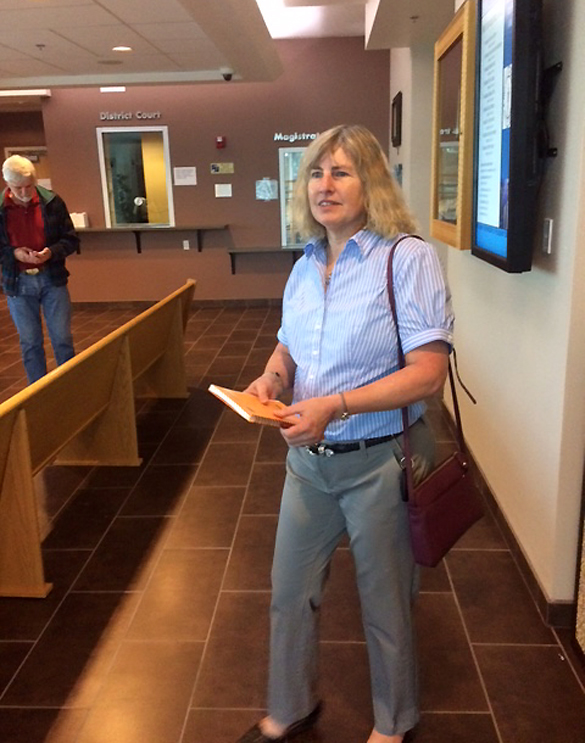 Criminal charges of keeping a dog known to be vicious filed against Leslie Sherman were dismissed today in Los Alamos Magistrate Court and the paperwork transferred to a civil “dangerous dog” case. More than 25 people attended the hearing, many of whom were there to support a request from Sherman to have the two dogs in question returned to her.

The dogs have been at the Los Alamos County Animal Shelter since a March 29 incident in which Sherman’s dogs allegedly attacked and killed a small Bichon Frise dog at an Acoma Lane home.

Sherman’s attorney, Aaron Boland told the court that he didn’t want to take anything from the family that has had to suffer due to the death of the dog, but that there were issues with regard to Sherman’s dogs that needed to be addressed. He said the dogs had never been accused of anything before and that the State still needed to prove they are dangerous. He asked the court to look at the conditions currently being experienced by the dogs, saying they had been “distraught animals in solitary confinement for a month”.

Boland pointed to the group of people gathered in the courtroom in support of Sherman and said they were concerned that their animals would be subjected to the same kind of treatment. He said he believed the solution was very strict conditions of release and that his clients were prepared to do whatever it took. Animal Control Public Service Aide Alisha Lenderman, acting as prosecutor for the County, went through the list of conditions she believed should be required before the dogs could be released and discussed how the dogs were being cared for at the shelter.

Attorney Krishna Picard, representing the Mauro family who owned the deceased dog, said Sherman negligently let the dogs run free even after problems with aggression had been identified, which enabled them to “murder the beloved family pet”. She asked Casados to rule in a manner that would allow the young owner of the deceased dog and his family to feel completely safe.

The court heard from witnesses for both sides who discussed their experiences with dogs in general and specifically Sherman’s dogs, including Veterinarian Stephanie Williams, Search and Rescue dog owner and trainer Wendee Brunish, and Marnie George, a certified animal behavior specialist.

Picard said there was some very compelling evidence in the case. She said Sherman knew about the dogs’ aggression and knowingly allowed them to roam, which she said was disturbing, incredibly reckless and terrifying. She discussed the continuing fear of the 10-year-old owner of the deceased dog and said it should be taken into consideration and asked the court not to release the dogs to their owner’s neighborhood.

Casados said she expected the case to carry on for several months and that it would not be in the best interest of the animals to be at the shelter for that long. She ruled that the dogs be released to a licensed dog care facility in another county, that they be muzzled, on a four-foot leash and placed in kennels for transportation. She stressed that Sherman would need to bring an acceptance letter from the facility to her before she would release the dogs.

Meanwhile, Casados granted a motion to continue to allow time for discovery in the newly led civil case and said she will set the next hearing once that has occurred.