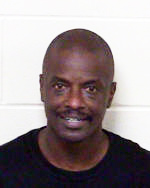 Henderson was one of seven people arrested in connection with Operation Spring Cleaning, a drug sting conducted in March by the Los Alamos Police Department. He was originally released on his own recognizance but was jailed after he tested positive for metamphetamines during his required weekly urinalyses. Henderson was on the docket before Judge Pat Casados May 11 for preliminary hearings on both cases, which were bound over to District Court.

His attorney, Markus Kolford, told the court Henderson had been in jail 42 days. He said Henderson believes his urinalysis was so close to his arrest that toxicity was still in his body. He said 42 days is a long time for a violation of a urinalysis and that his client needs to be out so he can properly prepare his case. He said Henderson had been in jail long enough to mend his ways and eager to put “this sort of thing and this sort of lifestyle behind him”.

Assistant District Attorney Kent Wahlquist argued against Henderson’s release on bond saying he presents a flight risk and has a significant criminal history. He cited a series of felony arrests throughout the 1980s and 1990s and a sexual assault conviction in 1999, which was the basis for his requirement to register as a sex offender in New Mexico. He said Henderson was convicted in 2007, 20011 and 2015 of failure to register and at that point received a dissatisfactory discharge from probation. Wahlquist reminded Judge Casados that Henderson had a previous case for failing to register and while that case was pending, he was incarcerated for violating his conditions of release.

Casados heard testimony from Los Alamos Probation Officer Linda Pena that after Henderson had tested positive for methamphetamine he had advised her that he had been in contact with Kathy Gibbons and she had given him some of his personal possessions. He told Pena that he believed the personal possessions were tainted with methamphetamine. Casado asked Pena if that was a possibility and she replied, “unless he rolled in it, poured it out on his property and then rolled in it. No, I don’t.”

Kolford said the property in question was a sleeping bag so presumably Henderson would be rolling in it. He said by his own admission, Henderson’s use of methamphetamine was extreme, and that because of his heavy usage, it was, “at least plausible that it came from that source and not from using”.

Wahlquist said how the methamphetamine got into Henderson’s body could be debated but reminded Casadis that Henderson has a long history of criminal offense and a history of not complying with what he’s ordered to do.

Casados told Henderson his track record with her was zero.

“It’s below zero and you know that. And it’s been a constant turnover with you promising to do everything, and then it’s a constant, ‘I didn’t have a place to go, I had to stay in her car’ … you can’t have contact with her, so as far as I know, you have no place to go,” Casados told him.

Denying release on bond, she told Henderson she just couldn’t trust his track record and said he would be incarcerated until the District Court took over the case.