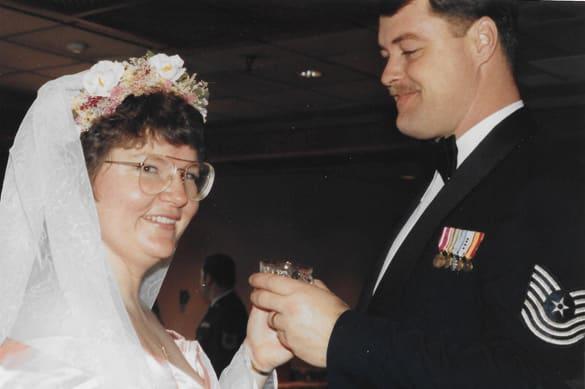 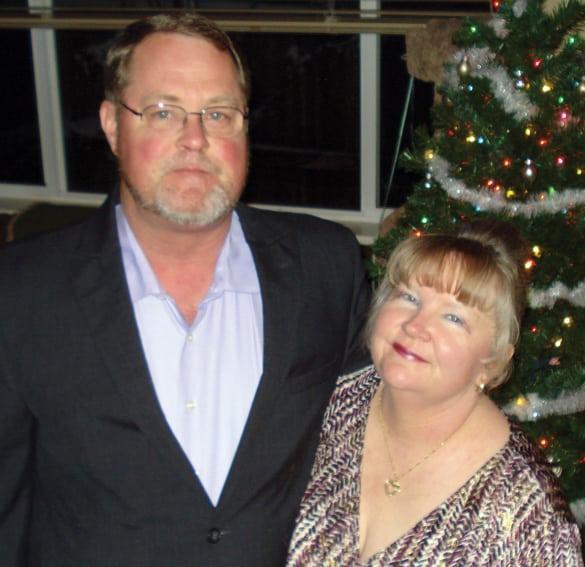 Johnny and Joy Getha will renew their vows Jan. 14 at La Vista Church of the Nazarene in White Rock. Courtesy photo

Johnny and Joy Getha will celebrate their 25th wedding anniversary on Jan.15, 2018. They will have a vow-renewal ceremony Sunday, Jan. 14 at La Vista Church of the Nazarene in White Rock.

The couple met in the Air Force on Feb. 1, 1991. Joy was stationed at Keesler AFB in Biloxi Miss., and Johnny was taking an advanced computer course there. (He was stationed at Langley AFB, Va.) Shortly after they met, Joy was transferred to Bolling AFB, Washingto, D.C. and Johnny returned to Virginia. They had a long-distance relationship for a year, then got engaged on Feb. 29, 1992. It was Sadie Hawkin’s Day and Joy asked Johnny..

Later in 1992, Johnny was reassigned to the Pentagon and Joy and Johnny started thinking about where and when to tie the knot. They got married at the Bolling AFB chapel at 10 a.m. Jan. 15, 1993. Johnny wore his dress uniform, and Joy wore a beautiful wedding dress that she finished at 12:30 a.m. the previous night.

About a year later, in February 1994, their son Gregory was born at Fort Belvoir in Alexandria, Va. A year later, in March 1995,the couple was reassigned to Lowry AFB, in Denver, Colo. They  spent the next 21 years in the Denver area.

Joy and Johnny moved to Los Alamos in April 2016, when Joy was hired by LANL in March 2016. They bought a house in White Rock in April, and joined the Nazarene church a few months later.

Joy is a systems engineer for LANL, and Johnny is a computer systems professional, also at LANL. Their son son Greg is an engineering technologist at LANL.