Anna Merlan Speaks On The Power Of Conspiracy Theories 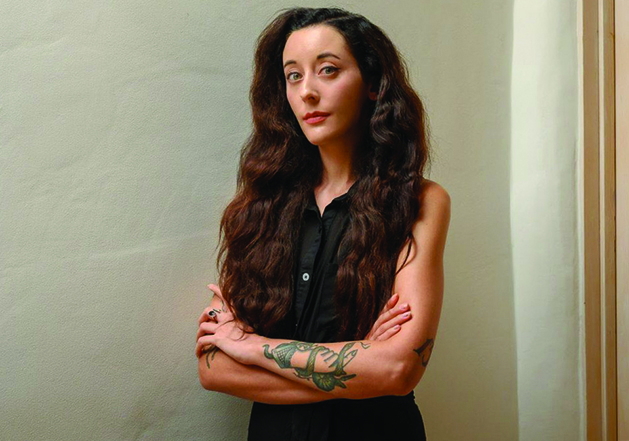 Journalist Anna Merlan spoke recently on her book on the power of conspiracy theories. Courtesy photo

Journalist Anna Merlan, author of the 2019 book “Republic of Lies: American Conspiracy Theorists and Their Amazing Rise to Power”, spoke in Santa Fe recently at the School of Advanced Research as part of its ongoing lecture series.

Merlan is a journalist specializing in conspiracy theories, subcultures, new religious movements, crime, politics and women’s lives. She is a reporter at the Features Desk at Vice News. She was previously a senior reporter with the Special Projects Desk, the investigative division of Gizmodo Media Group, and a staff writer at Jezebel, the Village Voice and the Dallas Observer.

“The racist lie of birtherism was spawned from fears about a president who was a person of color,” Merlan said. “Things heated up during the 2016 election with conspiracy theories about ‘crooked Hilary’ and about the deep state stealing the election. They’ve continued to mount under Donald Trump, who promoted the notion that the 2020 election was somehow ‘stolen’. Conspiracy theories lead to polarization. Election conspiracy theories are especially dangerous because they reduce the likelihood of voting, because people don’t believe they have any control over politics and the future of the country. Claiming the president is illegitimate invites violence.”

Past conspiracy theories have focused on such groups as Catholics, Jews or Masons, Merlan said. Currently, immigrants, Muslims and most recently Asians have been targets … these xenophobic theories can and have led to attacks of domestic terrorism.

A recent conspiracy theory that has risen to prominence is the “anti-vaxer” movement, which began in the 1980s around a debunked theory that vaccines cause autism. Facebook and other digital platforms have been used to blow up anti-vaccine campaigns to the point where 25 percent of Americans say they will not get vaccinated, Merlan said.

When responding to disinformation campaigns, Merlan said that journalism experts recommend using what’s referred to as a “truth sandwich” or a “fact sandwich”: beginning with what’s true, indicating what the lie is while attempting not to amplify it, and ending again with what’s true. In that way, audiences are exposed to more truth than fiction.”

The demonization of figures like Bill Gates and Dr. Anthony Fauci is fed by worries about the influence of the rich and distrust of the medical establishment. While the theories spun up about these people and the pandemic are false, the worries are not completely without substance, Merlan said.

Merlan warned against “cultural forgetting” after the pandemic.

“If we had a better cultural memory about 1918, we might have had a better handle on the pandemic,” she said. “Let’s not repeat that mistake.”

One way to approach dubious claims is to think about who they benefit. Following the money will often lead to who is spreading the ideas and why, which undermines their credibility.

People who would be willing to engage in a conspiracy are more likely to believe in one, Merlan said.

It’s important to question our belief in the culpability of our “enemies” domestic as well as foreign since people are more likely to believe these enemies are capable of even the most bizarre conspiracies. The theories create blame and identify the enemy, she said.

People need to be better educated in the tools used to foment conspiracies so they can spot them at work.

It’s important to call out conspiracy theories to other people,” Merlan said. “People don’t like believing ideas others find ridiculous.”