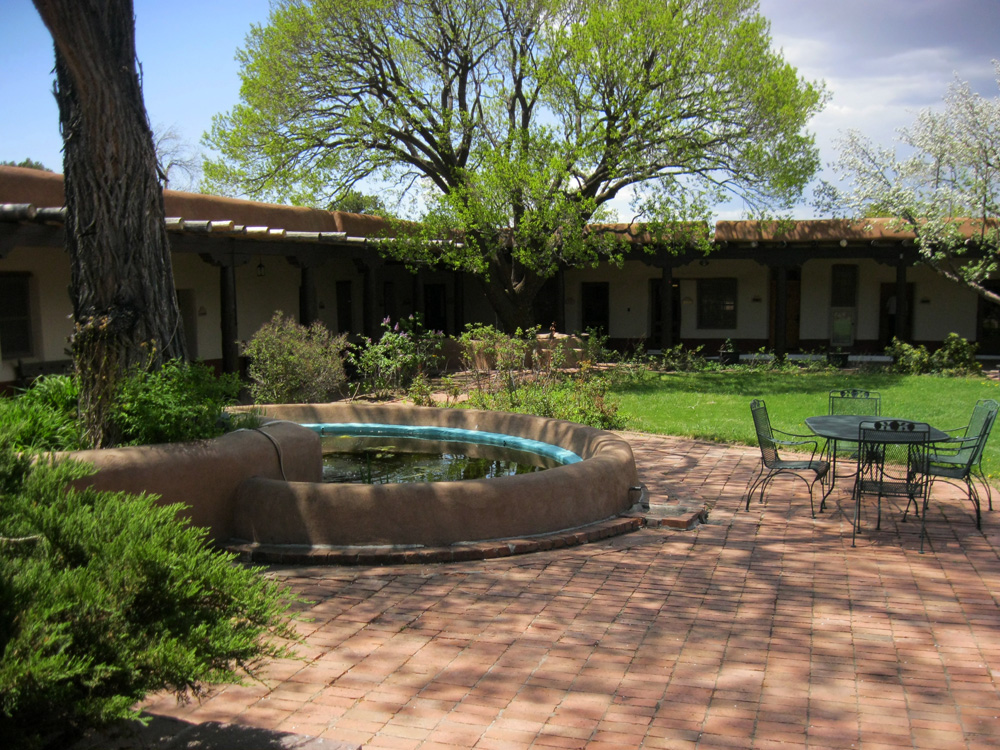 SANTA FE – 75 years ago this summer, in the depths of the Great Depression, hundreds of young Civilian Conservation Corps (CCC) workers completed the largest adobe office building in the United States, in the heart of  old Santa Fe.

The celebration begins at 3 p.m. with a program of brief speeches hosted by Sue Masica, director of the NPS Intermountain Region, which includes New Mexico and its 13 parks and monuments. A public open house will follow until 6 p.m., including music, light refreshments and self-guided tours of parts of the historic, 24,000-square-foot adobe structure.

“We look forward to celebrating with our New Mexico neighbors this milestone for the building where our Park Service colleagues in Santa Fe are privileged to work,” Masica said. “The Old Santa Fe Trail Building is a beloved architectural gem, and we are proud to be its stewards for the American people.”

Event parking will be available in the north parking lot of the Immaculate Heart of Mary Retreat and Conference Center on Camino de Cruz Blanca, two blocks north of the Old Santa Fe Trail Building. There will be no public parking at the building itself, but there will be a passenger drop-off and pick-up area in front of the building.

Guests are asked not to bring backpacks or any large bags to the event. For security reasons, such items will not be allowed in the building.

Considered a masterpiece of Spanish-Pueblo Revival architecture, the Old Santa Fe Trail Building is home to an outstanding collection of regional art – significant examples of Pueblo pottery, Navajo rugs, and paintings and etchings by members of the renowned Santa Fe art colony of the 1930s. It also contains historic original furniture, fixtures and other furnishings fabricated by the CCC and Works Progress Administration (WPA) at the time of construction.

The building’s origins were simple and necessary. The expansion and reorganization of the two-decade-old National Park System in the 1930s created the need for a central administrative office for a new Southwest Region. The building served six decades as regional headquarters. In 1987, it was named a National Historic Landmark, the nation’s highest historical designation.

After the Park Service was reorganized in 1995, the Southwest Region was integrated into the new Intermountain Region (IMR) based in Denver, and the Old Santa Fe Trail Building became part of the IMR administrative office. About 70 NPS employees work there in human and cultural resources, facilities management, contracting, budgeting and fire protection in support of the IMR, which includes 91 national park sites. The building also is regional headquarters for the NPS National Trails system, which includes the Santa Fe National Historic Trail.

In conjunction with the NPS Santa Fe event team, artist Tyler Nordgren has designed an anniversary poster in the style of the historic WPA Federal Art Project. Between 1938 and 1941, the project produced iconic posters of 14 national parks. Nordgren has worked with the Park Service over the past decade to promote astronomy education in the national parks with a series of more than 30 national park astronomy posters in the same WPA-art style.