Great Conversations is an afternoon of delicious appetizers and desserts and conversations led by 12 interesting and knowledgeable leaders. All of the conversation leaders are locally or regionally known.

The event raises funds for the projects of the Los Alamos Public Schools Foundation and is 2-5 p.m. Sunday, May 4 at Los Alamos High School, 1300 Diamond Dr.

This is the first in a series of four about the planned conversations.

“The LAPS Foundation is pleased these fascinating speakers will join us this year to provide some lively conversations.” LAPSF Director Joanna Gillespie said. “Your conversation leader won’t be giving a speech; rather, they will help direct the conversation on an interesting topic with several table guests. The table leader will answer questions, and facilitate the discussion, whatever direction it may go.”

Guests choose a topic ahead of time. The registration form and additional information about all of the speakers and their conversations can be found at http://www.lapsfoundation.com/greatconversations2014.html. Reservations will be taken through April 28. 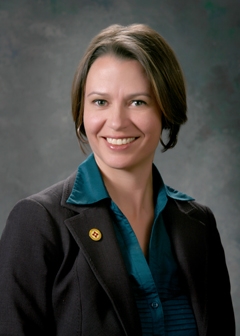 Rep. Stephanie Garcia Richard is a native of New Mexico and a lifelong educator, who has worked both abroad and in northern New Mexico. A Barnard College and Columbia University graduate, she followed in her father’s footsteps and became a teacher.  Garcia Richard will provide her perspective on the group dynamics of working with 112 personalities; discuss “sausage making” and why it’s best to watch. She will share when to use the velvet glove or the sledge hammer to advance an agenda. Garcia Richard is committed to making sure that our communities are prepared and keeping pace for the changes that lay ahead.

Robert Benjamin is a late-blooming playwright, following his 30-year career as a research physicist at Los Alamos National Laboratory. Join him to discuss the passion that energized and motivated him to a post-retirement career. Three of his full-length plays (Time Enough, Parted Waters, and Salt & Pepper) and nearly 20 short plays have been produced in nine states, including an Off-Off Broadway production in fall 2013. What skills and craft are transferable from a first to an encore career? How much time should one invest in an encore career? Will the new connections made in a second career enrich your life? Benjamin is a member of the Dramatists Guild of America, the Albuquerque Theater Guild and the American Physical Society. 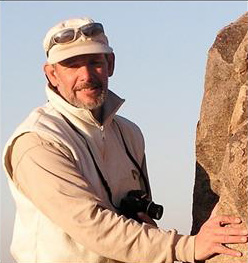 Shadow and Light: Learning from the Ancients with Ron Barber

Born and raised in the oil fields of South America, Ron Barber encountered many indigenous cultures and explored ancient cultural sites. Explorer by nature, engineer by profession, join Barber and learn how a study of rock art reveals significant calendrical information is imbedded in the imagery of ancient petroglyph panels throughout the west. Discover the stone calendars that used shadow and light and together unlock the knowledge used by indigenous people. Barber’s hobby of researching petroglyphs has gotten out of hand! He’s even formed a team which is now working with an extensive network of archeologists, astronomers, and Native American tribes to uncover the mysteries of ancient astronomical practices and knowledge.