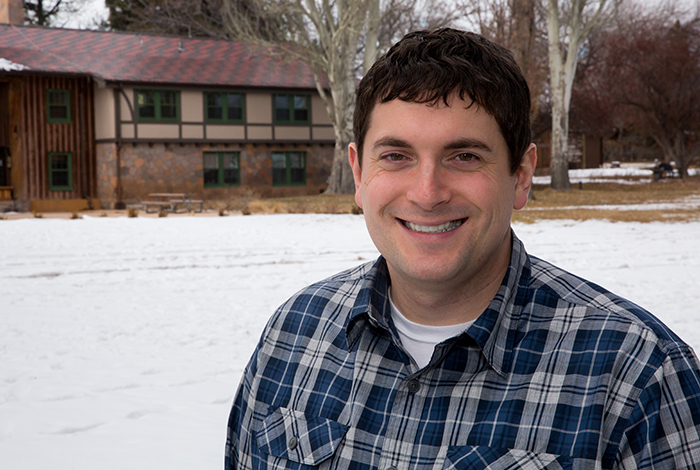 John Yeager is a recipient of the Presidential Early Career Award for Scientists and Engineers. Courtesy/LANL

John Yeager of Los Alamos National Laboratory’s High Explosives Science and Technology group is a recipient of the Presidential Early Career Award for Scientists and Engineers.

The Presidential Early Career Awards are intended to encourage and accelerate American innovation to grow our economy and tackle our greatest challenges.

“I congratulate these outstanding scientists and engineers on their impactful work,” said President Barack Obama, who gave the award while still in office. “These innovators are working to help keep the United States on the cutting edge, showing that federal investments in science lead to advancements that expand our knowledge of the world around us and contribute to our economy.”

The Presidential Early Career Award is the highest honor bestowed by the U.S. government on outstanding scientists and engineers in the early stages of their independent research careers.

Brown said this work employs unique user facility capabilities, such as the Los Alamos Neutron Science Center, to address pressing national-security needs. It is an example of science on the roadmap to MaRIE, the Laboratory’s proposed experimental facility to combine x-ray and neutron-scattering methods for unprecedented, time-resolved access to structural properties of materials from atomic- to meso-scales.

Yeager is among 102 scientists and engineers from 12 government agencies who received this year’s awards. See the full list of winners here.

Yeager earned his bachelor’s, master’s and doctoral degrees from Washington State University. He began working at Los Alamos during his Ph.D. study in 2009 and continued his research at the Laboratory as an Agnew National Security Postdoctoral Fellow; he has been a technical staff member since 2013.

Throughout his career, Yeager has studied a variety of materials-science problems, ranging from glass formation and corrosion to fuel-cell production to plastic-bonded-explosive performance. His research at the Laboratory has focused on microstructure characterization and mechanical properties of plastic-bonded explosives and other energetic materials.

The awards, established by President Clinton in 1996, are coordinated by the Office of Science and Technology Policy within the Executive Office of the President. Awardees are selected for their pursuit of innovative research at the frontiers of science and technology and their commitment to community service as demonstrated through scientific leadership, public education or community outreach.