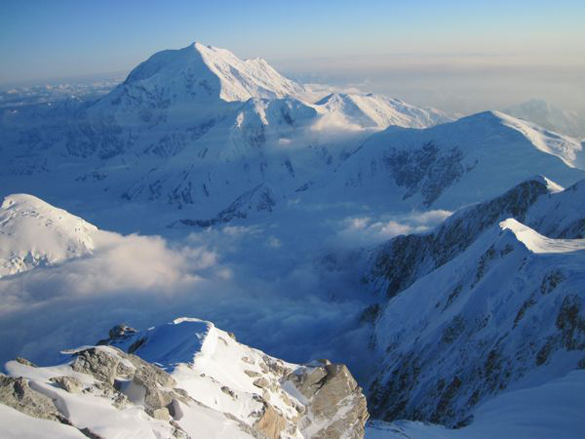 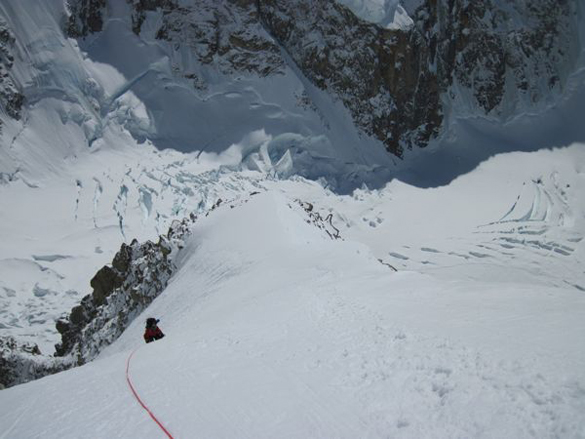 Denali, aka Mt. McKinley, is the highest peak in North America. More than 20,000 feet tall, with temperatures framed by its proximity to the Arctic Circle, winds that can top 10 miles per hour, and an unforgiving landscape of glaciers and crevasses, Denali, of course, is a siren song to adventurers and mountaineers.

At the November meeting of the Los Alamos Mountaineers, Josh Payne will provide a first-hand account of his 22 days on the mountain as he and a partner tackled a path to the summit that very few of those drawn to the mountain attempt.

The Los Alamos Mountaineers’ meeting is 7 p.m. Wednesday, Nov. 19, in Fuller Lodge. In addition to Payne’s talk, the meeting offers refreshments, reports on recent and upcoming trips, safety tips drawn from outdoor adventures and more. The meeting is open to any interested members of the public as well as club members.

Payne has titled his talk “Degenerate States of Euphoria in the Valley of Death.”

“In my talk I will tell the story of our climb,” Payne said. “From the highest highs to the lowest lows there were many different paths to euphoric moments on that mountain.”

The West Rib involves significant glacier navigation, snow and ice climbing of up to 60-degree slopes, and the challenge of the “Valley of Death,” the Northeast fork of the Kahiltna glacier, a 445-mile-long river of ice that offers some of the largest crevasses on the mountain.

“We ended up spending a total of 22 days on the glacier, traveling roughly 50 miles with nearly 20,000′ of elevation gain and loss,” Payne said.

Denali attracts hundreds of climbers every season, but only about a third reach the summit. Out of every 1,000 climbers about three die, mostly due to falls but also from avalanches and hypothermia. Payne summited his first 14,000′ peak in July 2013 and quickly developed an “itch” to climb mountains, preferably by technical rock routes. By that Fall his itch had expanded to ice climbing and winter mountaineering. In November he put on crampons for the first time and five months later he was in Alaska.

“I make an effort to get into the mountains every weekend, and have day-tripped several 14ers in Colorado from my house in Los Alamos,” Payne said. “If you ever spot some guy lugging around a very heavy looking pack around town, on the ski hill, or in the gym it is probably me.”

Payne is a staff scientist at Los Alamos National Laboratory, coming here after graduating from MIT in 2012. A self-described Air Force “brat,” he says he has always enjoyed being outdoors and pushing his limits. The Los Alamos Mountaineers, founded in 1952, promotes a variety of outdoor-oriented activities. For information on the Mountaineers and upcoming trip opportunities, including skiing, hiking, biking and horse-packing, visit lamountaineers.org.