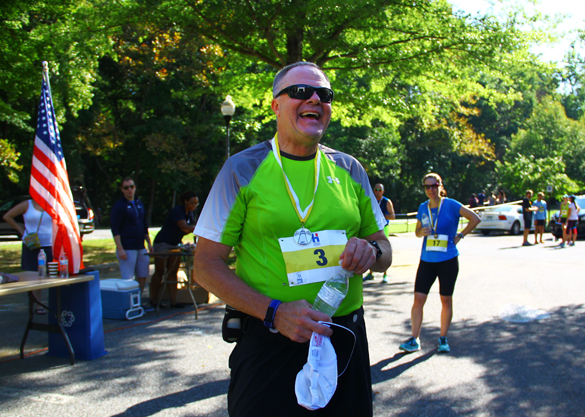 John Bretzke of Los Alamos gave himself a 12-year goal to run a half marathon in every state in the U.S. and he completed that goal in 11 years, Sept. 24 in Annapolis, Md. Courtesy photo 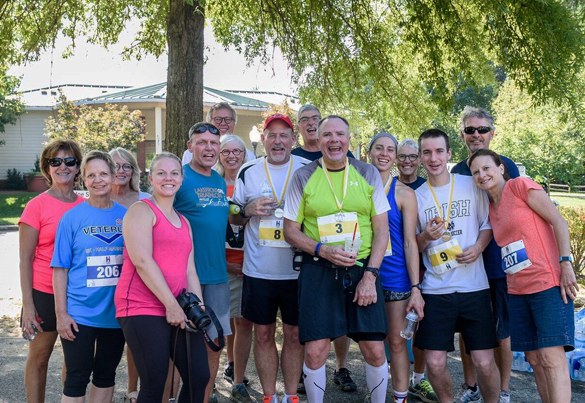 John Bretzke of Los Alamos with family and friends at the finish line of his 50th 1/2 marathon Sept. 24 in Annapolis, Md. Courtesy photo
By CAROL A. CLARK
Los Alamos Daily Post
caclark@ladailypost.com

John Bretzke of Los Alamos set a 12-year goal to complete a half marathon in every state in the nation. He accomplished that goal in 11 years, Sept. 24, when he crossed the finish line of his 50th state.

Family and friends from New Mexico, Colorado and Minnesota where gathered in Annapolis, Md., to cheer Bretzke on during his momentous achievement.

“I had given myself a goal to do it before I was 60. It’s been a lot of fun that’s for sure,” said Brestzke, who has worked at Los Alamos National Laboratory for 20 years.

Bretzke explained that his motivation was the fact that he was getting up in his 40s and realized he was gaining a lot of weight. So it was either alter the way he ate or ramp up his exercise routine.

“I didn’t want to change my eating habits so I decided to start running 1/2 marathons,” he said.

Now that he has achieved his goal, Bretzke said he plans to scale it back to about three 1/2 marathons a year, which is a pace he said he really enjoys and he will be selective in running only those races he likes the best.