Jean Nereson – Teacher of Over 50 Years has Died 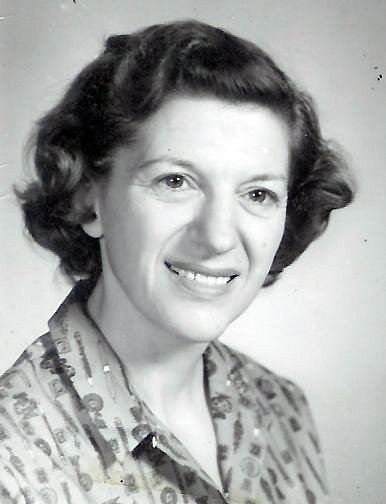 Jean Nereson, 93, who taught at Los Alamos Public Schools for more than 50 years, passed away peacefully of natural causes at her Los Alamos home Sunday, Aug. 26. One of her sons, a daughter, and her caregiver, Rose Gilani, were present.

Jean’s parents were immigrants from Greece. She was born in 1919 and grew up in New York City. She went on to attend Texas State College for Women, earning a Bachelor’s Degree in Education, followed by her Master’s Degree from the University of Minnesota, and postgraduate work at Columbia and Rutgers universities.

She arrived in Los Alamos in 1943 as one of the first teachers hired, and retired in 1995. In attendance at her retirement party were one of her first students and one from her last 3rd grade class.

“Jeannie” won the praise and recognition of education organizations, governors, presidents, and of the parents of her students. She taught the children of many Manhattan Project scientists during World War II, first at Central School, then Mesa and Barranca Elementary schools.

To make world cultures more real and tangible to her third graders, she traveled the world, collecting clothes, dolls, books, curios, artifacts and souvenirs for her elaborate classroom displays.

Mrs. Nereson was an active member of the American Association of University Women, the teachers’ sorority, Delta Kappa Gamma, and the Los Alamos Historical Society.

More than anything, Jean was a “people person,” often going the extra mile to help her pupils and others, and to stay in touch with former students for decades afterwards. She was dearly loved by all.

She met her husband, the late Norris Nereson, in Los Alamos and they were married in 1948. A nuclear physicist, he was hired on the Manhattan Project in 1942.

Jean was preceded in death by her husband in 2007; a son, Brian, in 1979; and three sisters and a brother. She is survived by her sons David, of Denver, Colo.; Kenneth, currently overseas, of San Antonio, Texas; a daughter, Christine, of San Clemente, Calif.; and four grandchildren.

In lieu of flowers or gifts, donations in her memory may be made to the Los Alamos Historical Society, AAUW, or Delta Kappa Gamma.