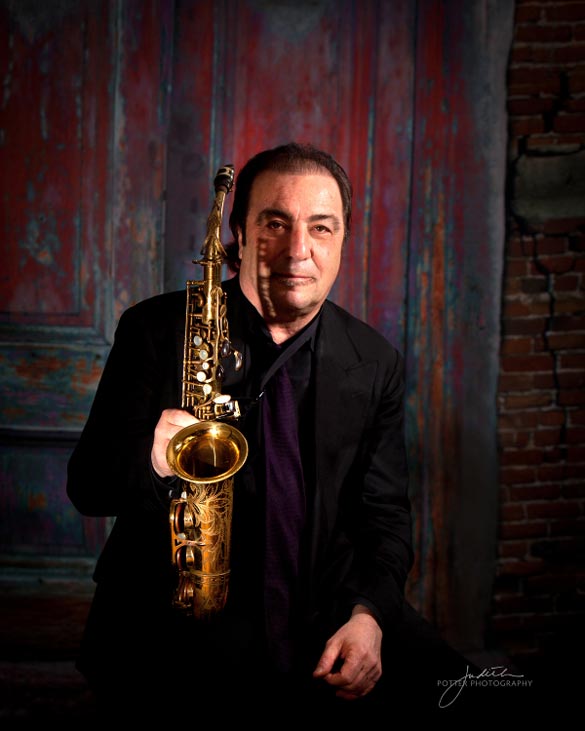 So, can you dig jazz? Bebop? The kind of music made famous by saxophone monsters like Charlie Parker, John Coltrane, Stan Getz, Lester Young and Ben Webster? If you don’t really know the music of these legends, just come on out to Ashley Pond at 7 tonight and listen to a man critics call the “Prince of Bebop,” Greg Abate.

Bebop became famous in the ‘40s into the ‘50s, coming from the scat singing of folks like Dizzy Gillespie. He would sing nonsensical lyrics, such a lyric as “bebop”. There were songs like Lionel Hampton’s “Hey! Ba-Ba-Re-Bop” and the ‘50s rocker Gene Vincent classic “Be-Bop-A-Lula”. Ella Fitzgerald sang a lot of scat but her biggest hit was “A Tisket- A-Tasket, I Lost My Yellow Basket.” It was a faster music than the swing music of the ‘30s and focused on improvisation. The bands were mostly small combos.

The genre is also noted for tremendous songwriters.  Abate is an inventive and prolific composer and arranger, a must for a top bebop musician. Tonight, he’ll play a lot of own songs as well as some jazz standards like “Birdland,” “On Green Dolphin Street,” “Take The ‘A’ Train” and “Body and Soul”. The songs typically start and end on a theme with a rhythm section holding it all together.

On keyboards is one of New Mexico’s top jazz players, John Rangel. John has played with Nat Adderly, Bobby Shew, Ravi Coltrane and Pharoah Saunders among others.

Amahl says this is a hard hitting, very cool and one of the best rhythm sections he’s ever played with.

Greg Abate is a graduate of Berklee College of Music. He’s played all over the world, been nominated for four Grammies played lead alto sax with the Ray Charles Orchestra and tenor sax with the Artie Shaw Orchestra. He plays approximately 200 dates a year and is the adjunct professor of Jazz Studies at Rhode Island College. He’s a passionate performer and is equally proficient in alto, tenor, soprano and baritone sax and flute.

The Washington Post says Greg Abate is “…one of the most exciting sax players out there today.” He’s gonna turn you onto jazz. He’s from the “rear back and blow school of bebop and doesn’t play disjointed jazz but a much more rhythmic sound. The music can be playful, romantic, sophisticated and rousing.”

Also starring this Friday is the new stage. What a super venue we now have!  We now have great sound and lighting, beauty and so much energy. Congratulations to the County.

On June 13, we’ll be back at Ashley Pond with Los Alamos’ favorite band, the Red Elvises. This will be a ton of fun, great music and entertainers plus the new stage You will come, won’t you? The show will be KRSN AM 1490 and KRSN FM 107.1 night. Thank you, all of our sponsors and the County of Los Alamos for supporting the Series.