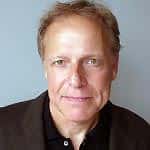 The ISC began holding talks, performances, and other events related to Shakespeare’s most profound and difficult play in September of 2017. Santa Feans have been close-reading the text together; have had discussions with academics, directors, and authors on the play; followed aLear treasure hunt downtown; tasted Iron Age cuisine from King Lear’s time, 800 BCE; and Santa Fe’s youth Shakespeare troupe, Upstart Crows, are performing a workshop of scenes at the end of this month.

ISC’s own production of King Lear with local actors began in October 2017 with a six-month close read, dramaturgy, and professional acting workshops with Rodney Cottier, Head of Drama at the London Academy of Music and Dramatic Art, and with Edward Daranyi of the Stratford Festival, and fight workshops with Ambrose Ferber of Cadets de Gascon. Rehearsals begin this summer and the show goes up September 14 at the Adobe Rose Theatre. James Shapiro’s influential visit is one of the highlights of the year-long activities relating to King Lear.

James Shapiro is the Larry Miller Professor of English at Columbia University, where he has taught since 1985. His books include Shakespeare and the Jews; 1599: A Year in the Life of William Shakespeare, which won the Samuel Johnson Prize; Contested Will, on Shakespearean authorship; the anthology Shakespeare in America (2014); and The Year of Lear: Shakespeare in 1606, which won the James Tait Black Prize. He has also co-authored and presented two BBC documentaries: Shakespeare: The King’s Man and The Mysterious Mr. Webster.

Shapiro serves on the Board of Directors of the Royal Shakespeare Company, is Shakespeare Scholar-in-Residence at New York’s Public Theater, and has been inducted into the American Academy of Arts and Sciences. Dr. Shapiro has been awarded a Guggenheim Fellowship and has received an NEH Public Scholar Award for 2017-18 for his book on Shakespeare in America.

Tickets are available now at www.InternationalShakespeare.center.